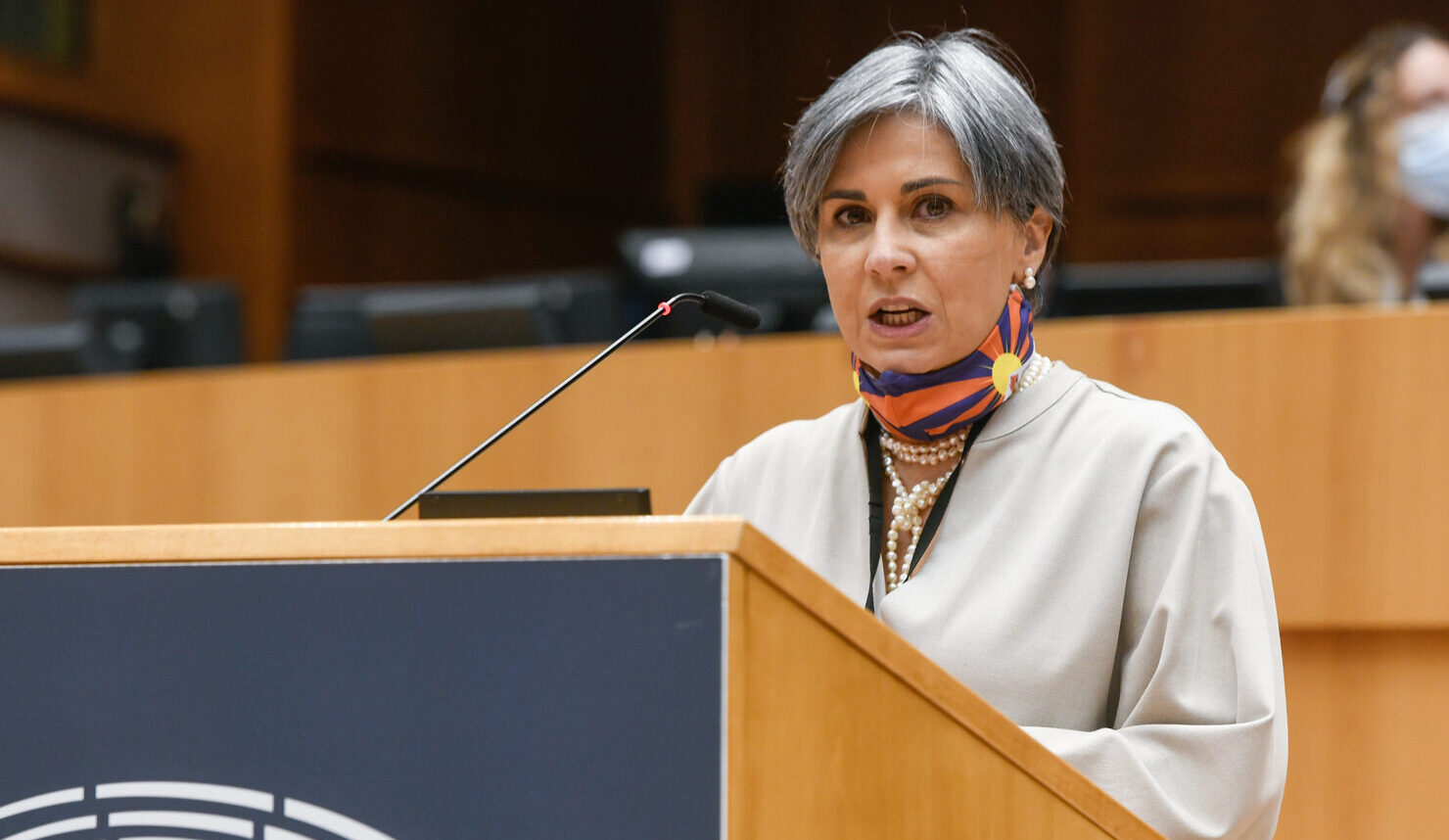 Today, for the first time in this European Parliament, Reports on the Western Balkan countries will be debated and adopted. The previous year in which EP adopted a Report on Albania, 2018, the country was rejected by the Council, together with North Macedonia, in its bid to open accession negotiations. The problems are still here and the country is waiting for the first intergovernmental conference. In the meantime, it will go through elections following a tumultuous few years in terms of political polarization and EU reform process. The author of the Report in front of the MEPs today, Isabel Santos, nevertheless believes that the country has done a good job and is deserving of progress on the EU integration path.

European Western Balkans: Which conclusions of your report would you say are the most important for the citizens of Albania?

Isabel Santos: In the first place I believe the fact that, in the report, we support the scheduling of the first intergovernmental conference, is a very good signal for the citizens of Albania that we believe the country is on the right path in what regards to the European accession process. As we all know, Albanians are one of the most pro-European people and therefore this is a very important conclusion.

We also make a series of recommendations on subjects that I believe are very important for Albania and its citizens, like the strengthening of political dialogue and of democratic institutions, the need to improve participation of the civil society, the importance of increasing the levels of media literacy and the stepping up of concrete measures to address the demographic decline and the brain drain, among many others.

I would also like to underline the call to continue the efforts made on justice reform and the fight against corruption. We acknowledge the progresses made until now, but stress the importance of these reforms for the well being of the Albanian population. Now that the High Court and the Constitutional Court have regained their functionality and the SPAK is already working, it is very important to continue these reforms and also the ones in public administration.

EWB: The European Parliament has been clear about its support to the opening of negotiations with Albania and holding the first intergovernmental conference. It took almost two years to deliver on the first part, and now the process is stuck once again. Why have the Member States been so reluctant to follow EP’s advice?

IS: The accession process is something that is contingent on the agreement of every Member State, this is something that results in a very difficult combination of factors and that sometimes can lead to some stagnation in the process. I cannot speak for the reasonings behind the Member States, but what I can assure is that there is a large majority that recognizes the progress of Albania in the accession path and that is ready for the scheduling of the first IGC. A few member states, either for internal or external reasons are still raising some questions. This is the normal functioning of the political process, just like our political discussions here in the European Parliament. Many times we do not agree with the opinions of every colleague and it is our work to debate them and try to reach the best results possible taking into account the interest of the European Citizens.

In this case I hope that the member states can also reach an agreement quickly, taking into account the best interest of the European Union and Albania, and also taking into consideration the wishes of the Albanian people that are clearly pro-European.

EWB: Do you believe that your Report is providing enough arguments for the process to advance for Albania, and do you think it will happen soon?

IS: I do believe we have a very positive Report and that we show very clearly that Albania has made much progress in different areas and that there are enough arguments for the process to advance. Even more so because the advancing of the accession process is a part of the road that Albania and the European Union still have to travel, together, on the way to European integration and as we say in the Report “the fulfilment of milestones must be reflected in progress towards EU membership”. This is a clear statement that all the progress made by the country must be reflected in the advancement of this process. We are not at the end of this road, but it is important that we continue to advance on it.

EWB: This is the first Report on Albania in this European Parliament, which was elected in 2019. How would you assess the general progress Albania has made between the two Reports?

IS: I have been very clear on stating that Albania has made significant progress in the last few years. In many different areas, like in Justice, Electoral System or even Public Administration fields. Even through a very difficult period in the life of the country, with the earthquake in the end of 2019 and the pandemic during the last year, the way that the people of Albania, the authorities and many  different actors in Albanian society have been able to implement the reforms and changes requested by the accession process. Of course that there are still many things to accomplish and the work is far from over, but the progress has been very impressive.

EWB: Reforms in the Albanian judicial system, as well as the establishment of bodies for the fight against corruption, have been welcomed by the EU, including in your Report. However, the corruption, as your Report also notes, is still widely present (Albania is not unique in the region in this regard). Do you think that the EU should start focusing more on the actual track record than the steps preceding it?

IS: The EU is very impressed by the work done in Albania on the fight against corruption and on the reform of the Judicial System. Of course, these reforms and the establishment of bodies like the SPAK, will give results on the medium and long run. We cannot expect results overnight.

The important steps are being taken by the country. Now we hope that they produce the results we believe they will.

The recent news already shows that the SPAK has been very active and investigating many high profile cases and producing some good results in this area and I believe this to be a very positive signal.

EWB: Your Report mentions the upcoming parliamentary election in April 2021. Do you think that the electoral conditions are sufficiently free and fair and what do you expect of them in terms of their impact on democracy in Albania?

IS: I think that the next elections are very important for Albania, and as I say on my report they “will be key for the consolidation and renewal of the country’s democratic procedures and structures, and the achievement of a higher level of political stability”.

The need to overcome the extreme polarisation on the political field is also something that I hope can be improved by the elections and of fundamental importance for Albania.

I share the views of the Commission that commended the progress made on electoral reform, in line with the joint opinion of the Venice Commission and OSCE/ODIHR, and also hope that the remaining technical amendments can be implemented as soon as possible.

BiH Council of Ministers: Answering to EC questionnaire should be priority for...

What is the significance of the Serbian decision to move its embassy...