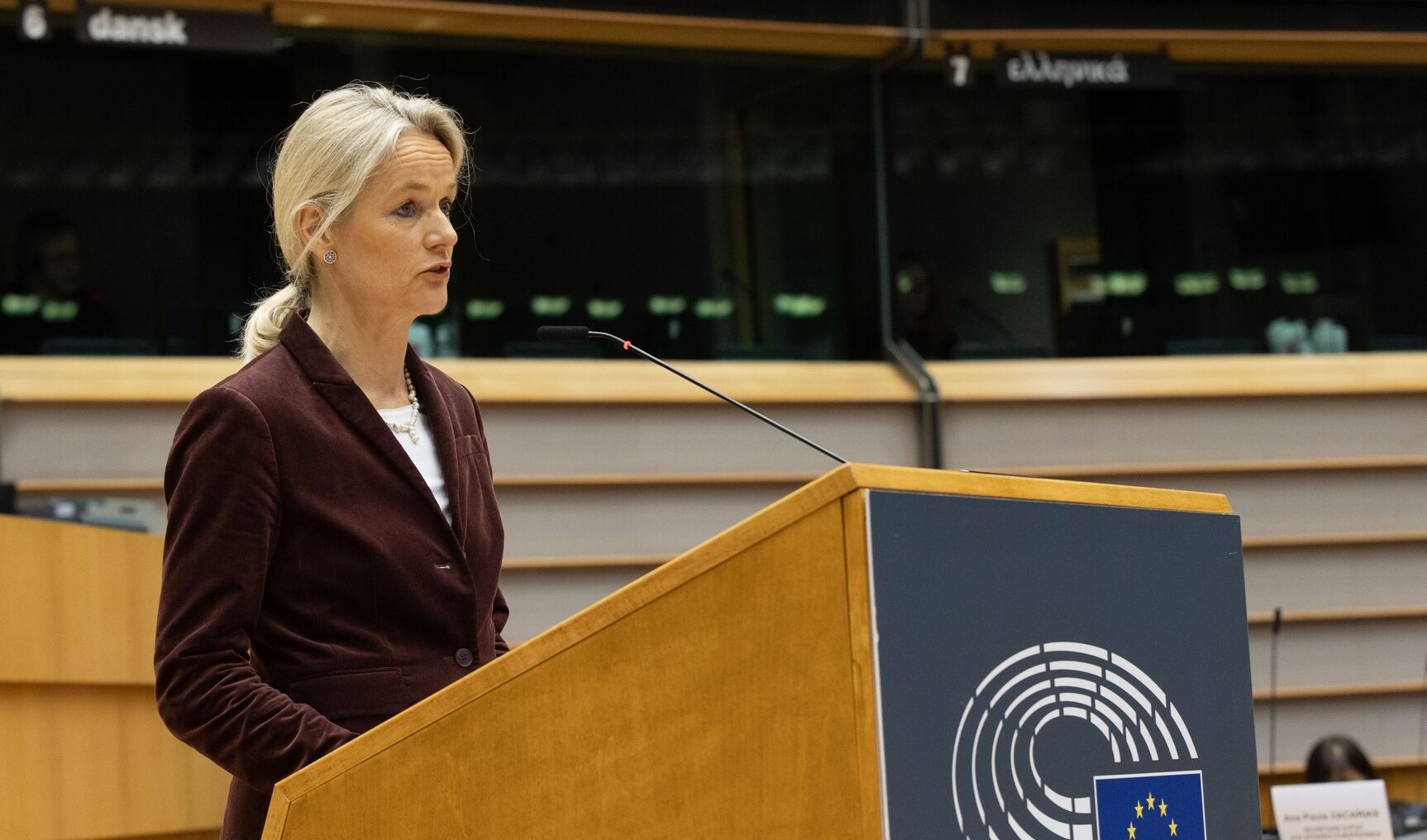 Yesterday, European Parliament adopted the Report on Kosovo, the first one drafted by the Standing Rapporteur Viola von Cramon-Taubadel (Greens/EFA). The Report comes at a time when Kosovo is seemingly entering a more stable political climate, with the election of the new government under Albin Kurti. However, the most important processes – visa liberalisation and the dialogue with Serbia – are yet to bear significant results. We discussed these issues, together with the priorities of the new government, with MEP von Cramon.

European Western Balkans: Which conclusions of your report would you say are the most important for the citizens of Kosovo?

Viola von Cramon: I believe that this report proves that the overwhelming majority of the European Parliament supports an independent Kosovo with clear European perspectives. We are aware of the challenges, but we are also committed to help Kosovo in its European path. Moreover, the European Parliament supports the visa liberalisation for the citizens of Kosovo. We are aware that it is not only about the obligations of Kosovo, the EU should also fulfil its promises.

EWB: Your Report on Kosovo will be adopted only several days after the new government was formed. Many are assessing that this government is more reform-oriented than previous ones, and it also appears to have a stable majority. Do you share this optimism in terms of momentum for reforms?

VVC: It is certainly a good opportunity, because a stable majority is a precondition for any substantial reform and executing government programmes; now Prime Minister Albin Kurti has this majority and I hope he will be able to use this opportunity, however, it is not enough to adopt a new programmes, everything will need to be implemented as well.

EWB: Prime Minister Kurti highlighted reducing unemployment and reforms in health, education and the judiciary as his priorities. What do you make of these pledges, how do they compare to the issues you focused on in the Report?

VVC: These are certainly crucial issues in Kosovo; higher employment, better education and a functioning health care system are prerequisites for sustainable growths in Kosovo, and these topics are covered in our report. I would also mention energy and climate issues, which the new Prime Minister and his government will need to address as soon as possible. Air pollution is a pressing issue in Kosovo, they need to move in these fields as well. Moving away from coal is important both for fulfilling their international commitment, but it is also about the health of the people in the whole region.

EWB: Kosovo held two elections in the past year and a half, and it seems that the political competition is more vibrant than in some other regional countries. What is your assessment of the state of democracy in Kosovo?

VVC: It is certainly true that Kosovo has a vibrant democracy, democratic debates are possible and, at least for the Albanian majority, there is a real competition of political parties. However, there has been a longstanding problem of political interference coming from parties towards independent institutions, and many young people feel that without connections it is hard to move ahead, these attitudes and structures will not change overnight.

EWB: The previous European Parliament Report on Kosovo was adopted in November 2018. There have been no significant breakthroughs in the normalization process between Kosovo and Serbia since then and, even though this seems to be the expectation in the EU, not many are seeing paths towards a quick conclusion to the normalisation process, especially given the fact that the European integration process has also lost steam. Do you see a path?

VVC:  The situation is somewhat better now, thanks to the work of the EU Special Envoy for the Belgrade-Prishtina Dialogue Miroslav Lajčák, there has been a momentum created in 2020; now both sides of the Atlantic are committed to help in the dialogue process, so I am optimistic that this opportunity will be used by Belgrade and Prishtina. I understand that many do not expect quick results and no one has said that these were going to be easy talks, however, there is a lot to lose if they stop the dialogue. Maintaining the status quo is actually harmful for Kosovo, and it is not ideal for Serbia either, that is why I would really encourage the new government not to abandon the dialogue process.

EWB: The long-standing issue of visa liberalisation is still having a tangible effect on people’s lives in Kosovo (admittedly less so in the current times of reduced travel). How damaging to EU’s reputation in Kosovo is the fact that the decision still has not been taken?

VVC: It is very much damaging for our reputation. I fully share the frustration of the people in Kosovo. I have been saying for my colleagues that this precedent goes beyond the issue of visa free regime. How can we demand anything from accession countries if we are not delivering? We ask for something, Kosovo has been fulfilling all benchmarks then we just abandon our promise. If now we demand some reform from any government of the Western Balkans with some promised “carrots”, why should they believe that we would give them those carrots?

EP Report on Serbia: Greater dynamism is needed in the accession negotiations