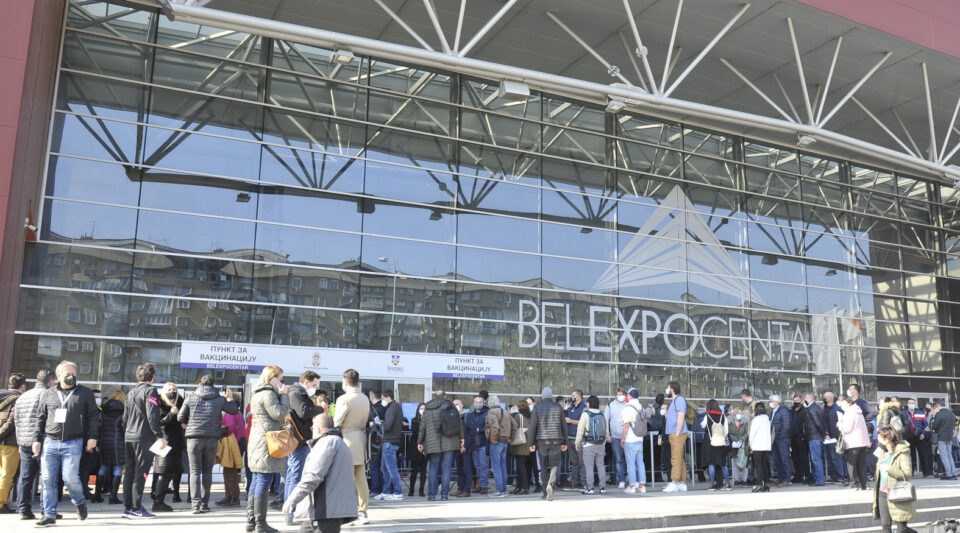 BELGRADE –  About 22,000 foreign nationals have received the AstraZeneca vaccine in Serbia so far, while Serbian Prime Minister Ana Brnabić said that “there was no politics in all this, but an expression of solidarity.”

Serbia invited the citizens of the region to a mass vaccination during the weekend, while most are citizens of Bosnia and Herzegovina and North Macedonia, FoNet reports. They added that many of them are not even registered for vaccination through the e-government system, while some have filled out a form that envisages the registration of foreign citizens for immunization.

Brnabić stated that the most beautiful picture of solidarity was sent from Serbia to the region by vaccinating the citizens of other countries, and that everyone will be invited to come for revaccination, reports Danas.

She said that it was estimated that Serbia would have to destroy 20,000-25,000 AstraZeneca vaccines because their deadline expires in early April, and added that Serbia did not want to do something like that, but to help the region by inviting citizens of other countries to be vaccinated.

Mass immunization in Serbia began in mid-January and about 2.35 million doses have been given so far, while 920,000 people have been revaccinated.

EU to deliver 650,000 Pfizer vaccines to the Western Balkans in April

Discussion: “Do the Dutch support EU enlargement with the Western Balkans?” on 25 November