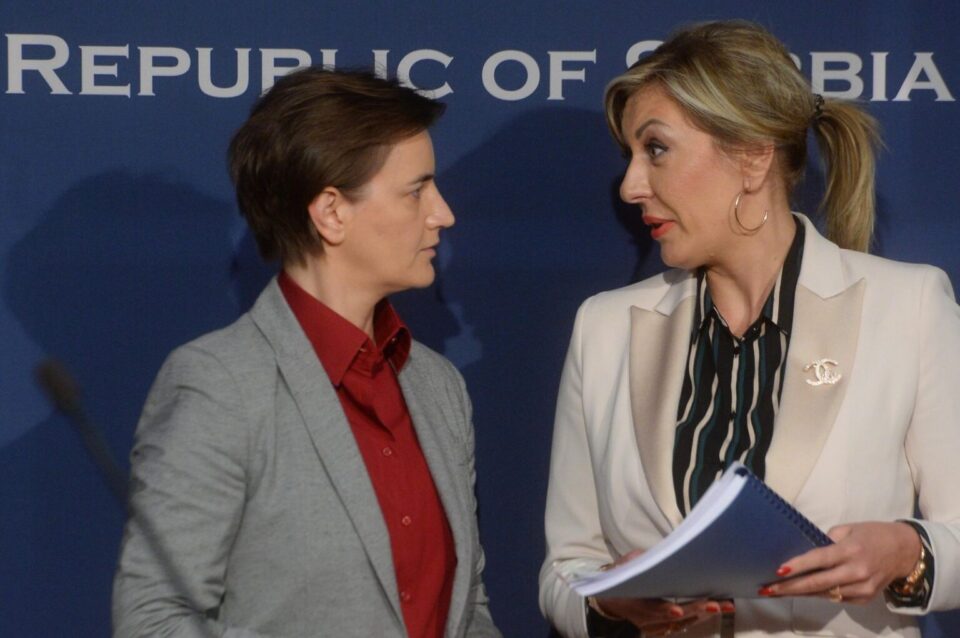 BEOGRAD – The absence of reporting of direct findings, conclusions, but also independent interpretations of the original text of the European Commission Report, is characteristic of narratives in pro-government media when it comes to informing citizens about reports on Serbia coming from the European Union, according to the latest publication by the Centre for Contemporary Politics “Media Reporting in Serbia on the European Union 2020: Love from China and Slaps from Brussels”.

“Pro-government media appear in the role of transmitters of the interpretation of state officials, most often the President of Serbia, which made him the main source and interpreter of information from the report itself,” the publication states.

The last report, published in October 2020, was in the media’s focus not so much on the day of its publication, but two days later, when Olivér Várhely, European Commissioner for Enlargement, visited Serbia.

“The main event at which the narrative of this year’s report on ‘progress’ in the pro-government media was created is the press conference at which Commissioner Várhely and President Vučić spoke,” the publication points out.

Srđan Majstorović, the Chairman of the Governing Board of the European Policy Centre (CEP,) told EWB that there are several reasons for the absence of these topics.

“First, the reports show a situation that is not entirely to the liking of the political leadership of Serbia, and that is why part of the media does not want to take risks by dealing with these issues. Critics of the style in which these reports have been written often say that they are a product of compromise and that they are not critical enough. However, even such, ‘balanced’, they are often a source of public astonishment and frustration of the political leadership in Serbia. The clientelistic attitude of the part of the media towards the authorities is obvious, while the matter with others is fear and/or self-censorship,” said Majstorović.

He added that it was all a clear indicator of the inappropriate and illicit influence of politics on the media.

“Second, in a society where different opinion than the ‘official version of reality’ results in attacks by MPs from the ruling coalition and the tabloid media close to them, it is not surprising that these topics are not in the media spotlight, with the exception of one daily and several weekly newspapers and a couple of professional television stations. Thirdly, all of the above indicates a very worrying situation in the media in Serbia,” Majstorović pointed out, adding that without free media that respect the principles of professional journalism and have the courage to ask questions, Serbian citizens are denied the right to objective information.

Researcher at the Belgrade Centre for Security Policy (BCSP) and coordinator at the prEUgovor coalition, Jelena Pejić Nikić, explained that the pro-government media are upgrading and widening narratives about key messages that are directly and explicitly or indirectly and discreetly sent to them by politicians in power.

“Their task is to build a good image of these politicians, which means to close their eyes at any criticism, draw public attention to other things or attack critics. The transmission of critical statements from the reports does not fit into such an editorial policy. These reports are mostly written in diplomatic language with the so-called ‘constructive ambiguity’, where everyone can interpret the allegations in their favor,” said Pejić Nikić.

She added that for two years in a row, we have noticed a growing critical tone and direct indication of key problems and affairs in the reports.

“While in the past, politicians and the media mostly broadcast only positive or neutral parts of the report, now it is difficult to avoid criticism in the most important areas, so they prefer to ignore those reports. The second strategy is, of course, to put criticism in the context of the malice of the EU, as well as all domestic and foreign critics of official policies of Serbia,” Pejić Nikić pointed out.

“Politicians as the only source of information”

One of the conclusions of the publication also shows that politicians are the only source of information in the most widely read media in Serbia, which leads to the fact that citizens do not have the opportunity to get acquainted with different interpretations of the report.

When asked why politicians are the only source of information for pro-government media, Majstorović answered that in this case, it would be better to ask the question of why most media exclusively invite politicians to comment on these reports.

“It is indisputable that the media want to hear the opinion of politicians on a certain topic. They are elected by the citizens and should bear the greatest responsibility for conducting politics. However, the responsibility of the media is no less. The Constitution of Serbia, Article 51, guarantees the right of citizens to be “truthfully, completely and timely informed on issues of public importance and the media are obliged to respect that right,” said Majstorović and pointed out that it is necessary for the media to be more open to professional, different, critical opinions, which will enable citizens to get a complete picture of the state and society, so that this article of the Constitution is fully implemented.

He added that such a practice is common in countries where the basic principles of democracy are respected, and which the Serbian leadership should strive for if it truly wants to bring the country closer to the EU.

Pejić Nikić explained that we are witnessing the politicization of professional topics in various fields, and when it comes to European integration, it is a topic as much for politicians as it is for experts.

“Politicians probably speak a language that is more understandable to the general population, which is not versed in the technical details of the accession process. Holders of high positions should emphasize European integration in their communication strategy as a strategic priority of Serbia and argue it with both economic and value advantages for Serbia. However, the report shows that their communication is inconsistent and that negative statements about the EU and enlargement policy resonate more,” Pejić Nikić stressed, adding that citizens are confused because of that, so it is no wonder that, according to the BCSP research, only 9% think that EU membership is Serbia’s main foreign policy priority.

Civil society as a source of objective information

The publication points out that the critical media transmitted the findings of the EC Report from civil society organizations, pro-European opposition politicians and, to a lesser extent, statements by government officials.

“In this group of media, the emphasis is on conveying direct allegations from the European Commission’s Report, including parts concerning political criteria, the judiciary, the rule of law, the fight against corruption and other key areas,” the publication said.

It is also noted that this type of reporting is an indicator of the polarization of narratives on the Serbian media scene and the lack of debate between the representatives of the government, opposition, civil society and citizens on the European Commission’s Report as one of the key topics in the negotiation process.

Pejić Nikić pointed out that, according to the new EU enlargement methodology, the EU will follow the official rhetoric about accession more, because that has become an important topic.

“Of course, this is just an area behind which there are deeper indicators of insufficient commitment to European integration – in practice we can see circumvention of reforms, setbacks in key areas – which should not happen in a country that is negotiating EU membership, the EU negotiation team does not have a leader for years, and by certain foreign policy acts, Serbia is classified in the group of countries with attitudes contrary to the attitudes of the Union,” said Pejić Nikić.

Majstorović explained that it is essential that citizens be objectively and timely informed about the process of European integration.

“It is necessary for citizens to have access to information about the essence of the process, about the existing problems, about the necessary changes and what these changes mean specifically for their family. In Serbia, citizens have a problem being adequately informed because sources are limited, the vocabulary of integration is not adapted to everyday language (it seems alienated), public debates are rare, and when they are held they gather mostly a narrow circle of like-minded people and rarely outside larger urban settlements,” Majstorović pointed out.

There is a certain risk, he states, that the results of such reporting will get their “boomerang” effect in one of the key phases of the continuation of the process of accession to the Union.

“Selective or partial informing of the public has an unequivocal influence on the public’s attitudes towards the EU and could play a significant role in citizens’ choice in the referendum on accession to the Union. When for a long time there is no debate based on all necessary facts and publicly stated arguments, whether for or against membership in the Union, there is a real danger of creating or perpetuating prejudices and stereotypes about the EU that may affect the final judgment of Serbian citizens”, Majstorović concluded.

The research analysed the question of which topics are playing the central role in the media coverage of the EU, as well as the question on their content and dominant narratives. The research included the analysis of 18 web pages of media outlets, the ones with the highest readership and the others that have a significant impact on public discourse. The research covered the period from January 1 to October 31, 2020.