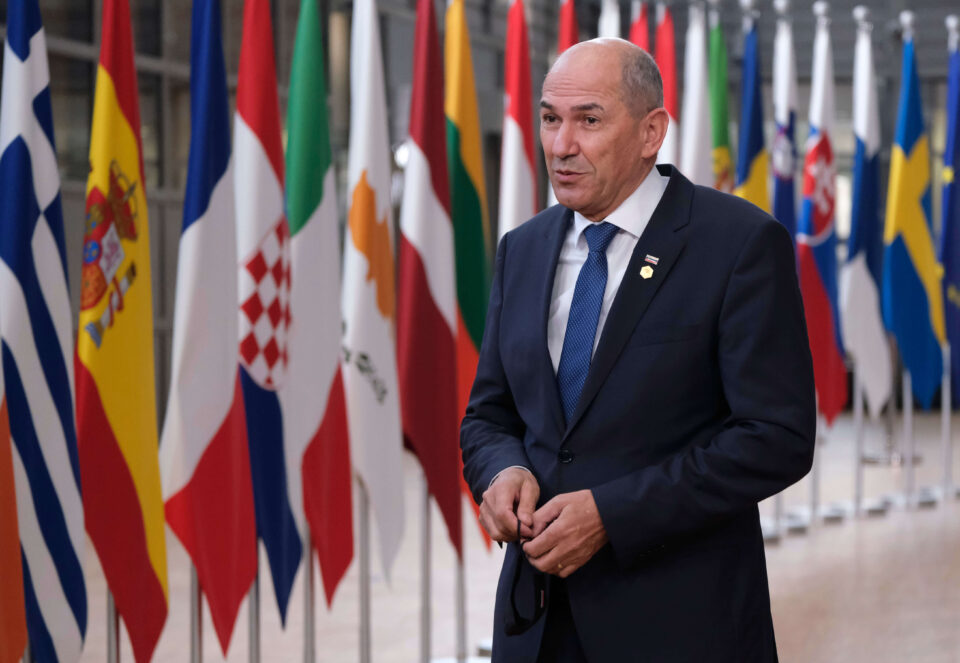 SARAJEVO / LJUBLJANA / BRUSSELS – A rumour that the authorities of Slovenia, which will hold the Council Presidency from July, are proposing a peaceful dissolution of Bosnia and Herzegovina before the country’s EU accession has grabbed the attention of the media in the region. European Commission denied awareness of any such document, while Prime Minister of Slovenia Janez Janša denied that he had submitted the proposal to President of the European Council Charles Michel, which has been alleged.

Željko Komšić, the Croat member of the Presidency of Bosnia and Herzegovina, confirmed on Monday to local media that Slovenian President Borut Pahor had asked in an informal conversation during an official visit on 5 March whether “a peaceful separation in BiH is possible”, referring to the secession of the Republika Srpska, Euractiv reports.

“Recently, there have been more and more voices in Europe saying that the disintegration of Yugoslavia should be completed. Can you peacefully disband in BiH?”, reportedly is the question that Pahor asked members of the BiH Presidency, Milorad Dodik, Šefik Džaferović and Željko Komšić.

The latter said that he and  Džaferović, the Bosniak member, had replied this was not possible, while Serb member Dodik gave the opposite answer. Croatian news agency Hina recalled that Dodik had told a session of the Republika Srpska parliament on 10 March that European politicians are now openly talking about the possibility of a peaceful break-up in BiH, and announced that he would personally request a referendum on RS status “in a year or two”.

Almost simultaneously it was reported by the media that Prime Minister of Slovenia Janez Janša has handed over a non-paper to the President of the European Council, Charles Michel, containing the Slovenian presidency priorities, which includes guidelines about the “final disintegration of Yugoslavia”.

Janša denied the allegations, reminding on Twitter that he last met with Charles Michel last year, meaning that he could not have handed him over anything physically in February or March this year, as was alleged. The spokesperson of the President Michel said he could not confirm that the Council had received such a non-paper, Euractiv reported.

Meanwhile, the office of President Borut Pahor released a statement saying that “President Pahor regularly warns against the idea of disintegration of BiH and redrawing of borders in the Western Balkans”.

“In that context, out of concern about these ideas, he put this question to his interlocutors, all three members of the BiH Presidency, when he visited Sarajevo in early March”, Pahor’s office announced.

European Commission Spokesman Peter Stano stated today that Brussels is not aware of such a proposal, Nezavisne report.

“We are not familiar with such documents. You will have to ask politicians from Slovenia about the existence of such documents. We have definitely not received that type of document, nor have we ever seen it”, Stano said.

MEP Tanja Fajon (S&D), leader of Slovenian Social Democrats party, tweeted that a proposal for disintegration of BiH could start another war.

“These days, too, I have been overwhelmed by calls and numerous worried messages from BiH, which warn that PM Janša is trying to complete the Milošević-Tudžman plan for the formation of a greater Serbia and Croatia with a proposal for the peaceful disintegration of BiH. Such irresponsible behavior could lead to a new war in the Balkans!”, Fajon tweeted.<

Reynders: Digital Green Certificates for travel should be extended to third-country nationals

Brnabić: We will ask EC how many international laws are there