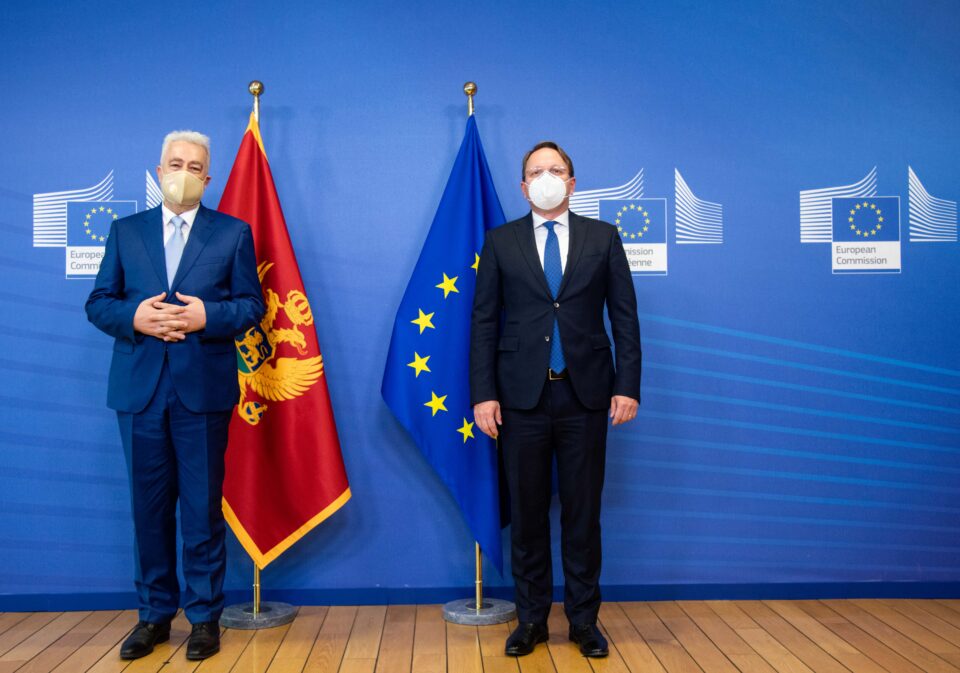 BRUSSELS – European Commission has received an official letter from the Prime Minister of Montenegro and is working on a response on how to support the country in repaying the loan taken from Chinese ExIm Bank in 2014.

“We will not pre-empt this by publicly commenting on various options or speculations. The EU does not and cannot repay loans from third parties, however, we do stand by Montenegro and are working on exploring options on how to provide support, in line with EU policy and financial rules”, EC Spokeswoman Ana Pisonero said for European Western Balkans.

Previously, the only information available to the public was that Deputy Prime Minister Dritan Abazović asked for EU’s assistance in a meeting with European Parliament Foreign Affairs Committee (AFET) in March. The statements of EC Spokespersons earlier this week that the EU does not help with repaying the loans from the third parties has caused negative reactions.

“The Chinese government has the chance (if Montenegro cannot serve the loan) to take over main parts of Montenegro’s coastline. So, before that we should think twice not to play in the Chinese hands again,” wrote MEP Viola von Cramon (Greens/EFA) on Twitter earlier this week.

If Montenegro were to default on the loan worth almost $1 billion, the terms of the contract give China the right to access Montenegrin land as collateral, Financial Times reported recently.

One of the questions that remains unanswered is how exactly the EU can help Montenegro with the situation. Ana Pisonero reminds that the framework of the Economic and Investment Plan for the Western Balkans, presented in October last year, is aiming to mobilise up to €9 billion for the reagion.

“We are confident that with the Economic and Investment Plan the EU can offer the best possible conditions for major infrastructure investments in the Western Balkans. We are providing a mix of grants, guarantees and preferential loans from International Financing Institutions, such as the EIB and EBRD. This will help governments in the region to get best value for money for ‘future-proof’ investments”, Pisonero says.

Tena Prelec, Research Fellow at the University of Oxford and member of the Balkans in Europe Policy Advisory Group (BiEPAG), says that the EU does have the instruments to help Montenegro and that it should step in.

“Montenegro is in the EU’s backyard: it would be, finally, a concrete way to show that the EU is indeed ‘a player, a true geostrategic actor, [and not] just the playground’, (a quote by HR Borrell) by taking a constructive stance in its immediate neighborhood. There are lots of European agencies that can provide the loan to repay the Chinese. It is only $1bn, whereas the EU banking system is flush with liquidity at the moment. For instance, the European Investment Bank (EIB) could step in. If not, I do not see why a consortium of EU banks cannot step in to give the loan”, Prelec says for EWB.

Professor Florian Bieber of the University of Graz, coordinator of the Balkans in Europe Policy Advisory Group (BiEPAG), says for our portal that he understands the underlying logic of the EU not wanting to refinance external loans it had warned against.

“The obvious risk what is called moral hazard, if one can get out of bad loans, governments might be more likely to take them”, Bieber says.

However, he still believes that this will be a missed opportunity if any assistance was to be denied.

“First, the government of Montenegro is different from the one that signed the loan. In fact, several parties from the current coalition have been very critical of the project from the beginning.  It is thus not helpful to leave the new government stuck with the deal, especially considering the problematic democratic environment under which the previous government took the decision. Second, if the EU considers itself as a geopolitical actor, it should have a strong interest in not having a country in the Western Balkans strongly dependent and indebted to China for reasons of geopolitical influence and the ability of China to use the leverage domestically. It is thus in the self-interest of the EU to break such dependencies. Finally, it helps to restore the support for reforms and trust in the EU, rather than alienate Montenegro. Altogether, it is an opportunity missed”, Bieber concludes.

Joksimović: Serbia will open at least three chapters by end of the year