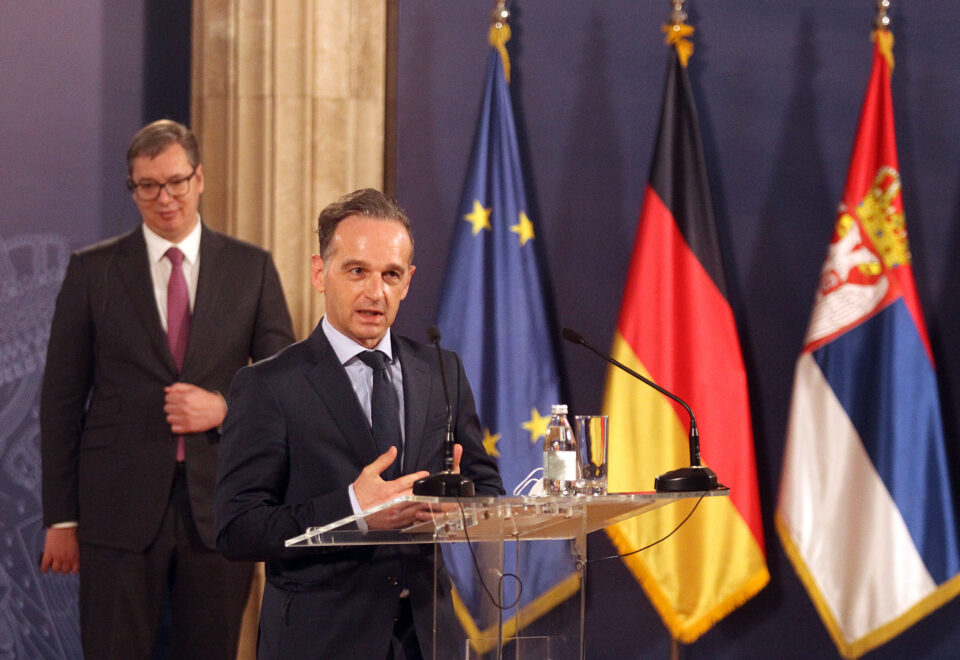 BELGRADE – German Foreign Minister Heiko Maas said that his country is aware that the process of dialogue on the normalization of relations with Pristina is not easy, but he believes that he would make a contribution that would develop economic advantages, N1 reported.

Maas pointed out that Germany provides every support to the dialogue process, as well as to the European Union and Miroslav Lajčak, who mediates in that dialogue.
According to him, governments with a stable parliamentary majority have been formed in both countries, and now is the right time to continue the dialogue on normalization, but also to achieve results.
He added that it is important that the dialogue is not conducted because of the dialogue, but because of the results.

“We are ready to participate and contribute to that. The dialogue does not have to be reset, Mas pointed out and emphasized that he said that in Pristina and Belgrade. “Serbia and the surrounding countries have such potential, resources that should be used for the benefit of people in the region and the whole of Europe,” said Mas.

He emphasized that each country in the Western Balkans determines its speed of EU accession, and that is why additional reform efforts are needed in the areas of the rule of law and the fight against corruption.

“I have been planning this visit for almost a year because of the pandemic, and we have constantly moved it, but I prefer that we succeeded,” said the German foreign minister.

The President of Serbia, Aleksandar Vučić, stated that Serbia is ready to continue the dialogue with Priština, which it will approach constructively in the desire to reach a compromise solution, FoNet reported.

“Serbia is against the ‘frozen conflict’ because someone can unfreeze it. “The essence of the progress of Albanians and Serbs is peace,” Vucic said in a joint address to journalists with the German Foreign Minister.

He stated that it is important for Serbia to fulfil the agreement reached so far, primarily the Brussels Agreement and the formation of the Community of Serb Municipalities.

Speaking about the region, Vučić emphasized that Serbia will “play an absolutely constructive role”, noting that it is not interested in the territories of others, but in cooperation.

As he stated, the topic of the meeting with Maas was also the rule of law and he is convinced that Serbia will have “ever better results” in that area.