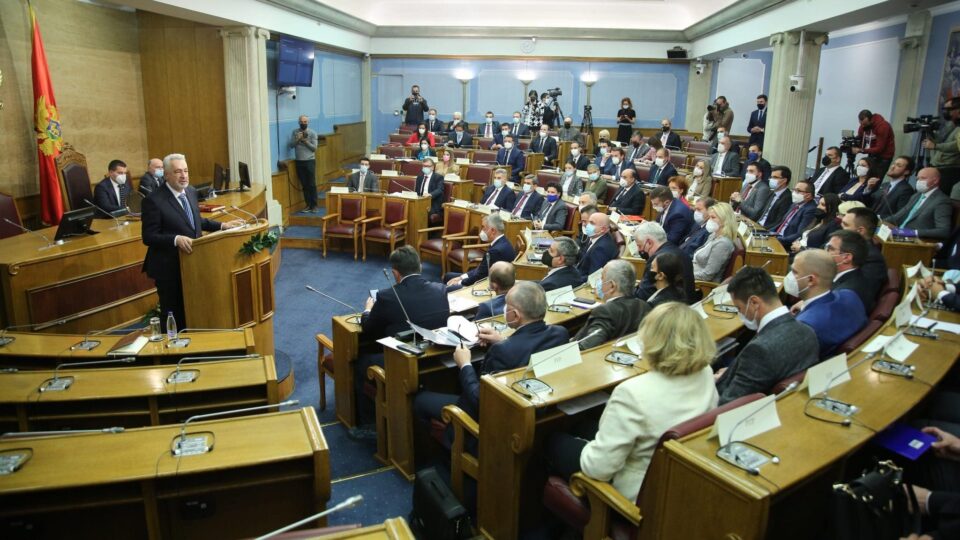 Prime Minister of Montenegro Zdravko Krivokapić at a parliamentary session in Podgorica. Photo: Parliament of Montenegro

PODGORICA – The ruling majority in Montenegro has submitted a new proposal for amendments to the Law on State Prosecution to the Assembly, following the criticism to the previous proposal, submitted in February. The law changes the composition of Prosecutorial Council and envisages election of new members, among other changes.

Among other changes to the laws is enumeration of the categories of people that cannot be members of the Prosecutorial Council, including former state prosecutors, elected officials or a relative of the highest state officials.

The proposal was signed by the presidents of five groups which formed a shaky ruling majority last year – Democratic Front, Movement for Changes, Socialist People’s Party, “Peace is our Nation” and “Black on White”. They expressed hope that the Law would be on the agenda of the Assembly on 11 May.

He added that special care was taken of the opinion of the Venice Commission and that the goal was to enter the European Union as soon as possible, Vijesti report.

On the other hand, Danijel Živković, chairman of the Democratic Party of Socialist opposition group, said that the proposal went against the position of the Venice Commission and that its adoption would be a “legal violence” and confrontation with the European partners, Analitika reports.

EU delegation to BiH calls for calming down political rhetoric