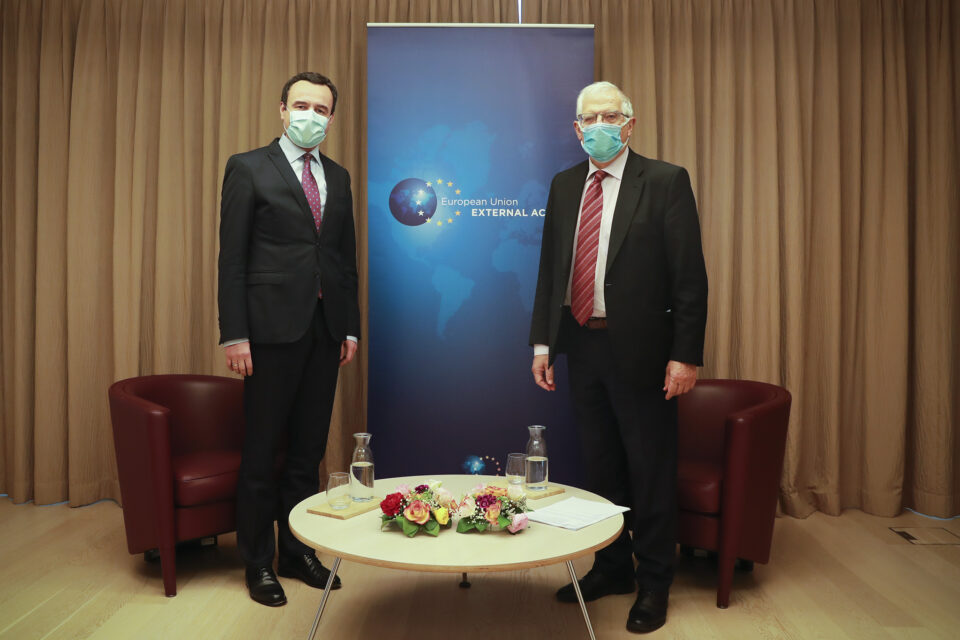 BRUSSELS – Prime Minister of Kosovo Albin Kurti said on Thursday that a meeting with Serbian President Aleksandar Vučić as part of the EU-facilitated Dialogue in Brussels was likely to happen in June. He made the comments after meeting the EU High Representative Josep Borrell in Brussels.

“We need additional information and documents regarding the agreements reached so far to prepare. At the same time, during May, we will meet opposition parties in Kosovo to have a principled and well-prepared dialogue, because we do not want to make mistakes,” Kurti said, Gazeta Express reprots.

He said that the Dialogue is likely to resume in June. “Sometime in June we might have beginning of a new chapter of the dialogue,” Kurti told media in Brussels.

Borrell himself said that the exact date of the meeting, which he agreed on with Kurti, would be determined later, according to N1.

Earlier, it was announced by both Borrell and Vučić that the meeting would take place on 11 May, but Kurti denied yesterday that he had confirmed his participation for that date, saying that he would only participate in the meeting with Western Balkan leaders, scheduled for May.