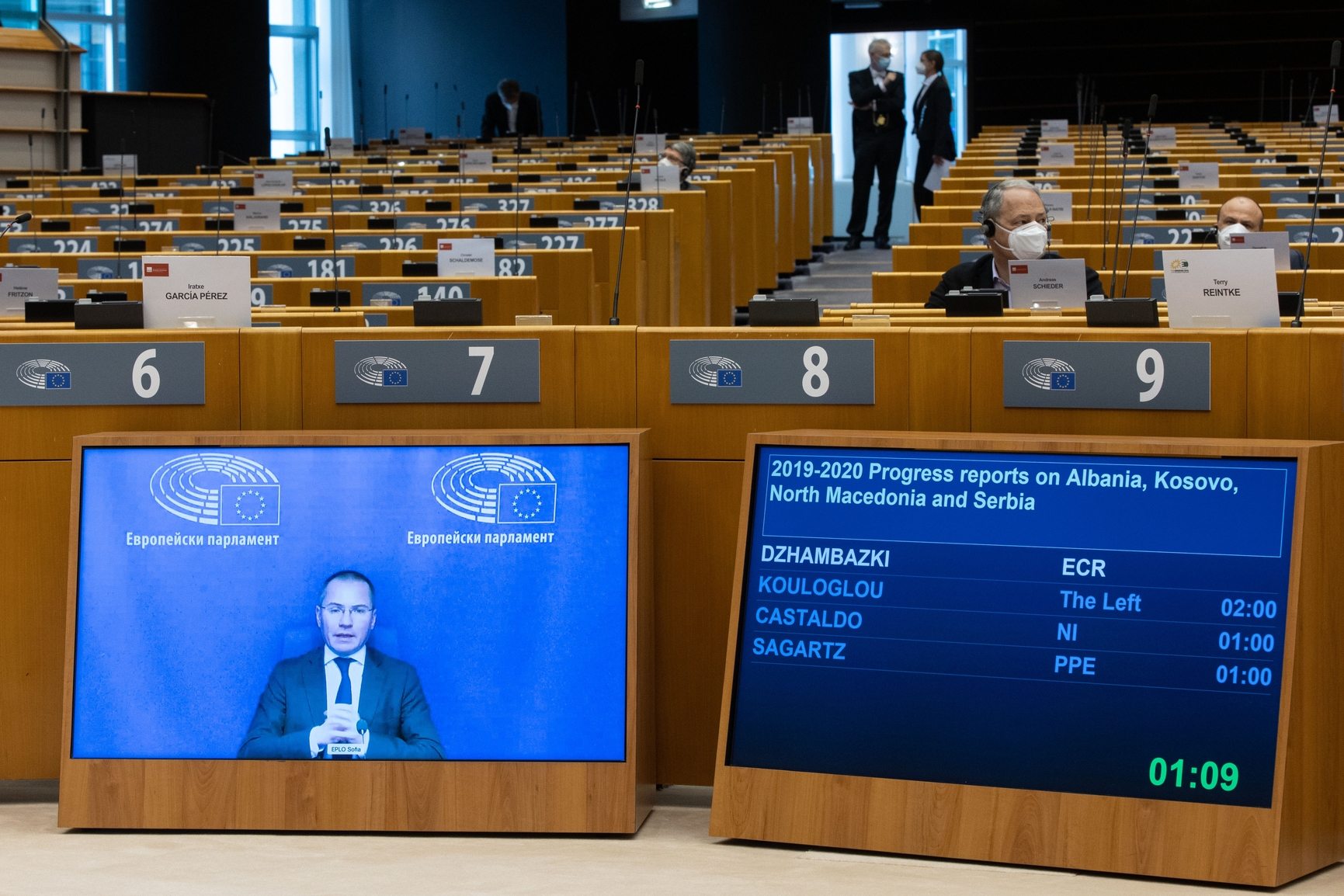 By Donika Emini and Zoran Nechev

A few weeks ago, the European Parliament adopted the 2019-2020 Commission Report for Kosovo. Among a myriad of issues listed, the rapporteur on Kosovo, MEP Viola Von Cramon, reiterated the message on visa liberalization during the press conference.  The message was loud and clear:  the EU remains unable to deliver on its promise on providing visa-free travel to the citizens of Kosovo, even though the Commission and the Parliament reiterated their support numerous times ever since July 2018.

Reactions back in Pristina denounced that relations between Kosovo and the EU have been narrowed down to the visa liberalization process only. Apart from blaming Brussels (i.e. the Council) for its lack of leadership and trust in the assessment made by the Commission, it becomes increasingly obvious that a young democratic country has few chances to make significant advancement in the visa liberalization process. If these chances are not used immediately, Kosovo might have to wait indefinitely. Over the past years, many EU Presidencies which were expected to push the visa liberalization agenda for Kosovo were missed opportunities for Kosovo, as Pristina’s focus was on internal issues only, neglecting the dynamics outside Kosovo’s own boundaries. Consequently, significant opportunities were missed with the Austrian (July-December, 2018), Croatian (January-June, 2020) and most notably the German presidency (July-December 2020). Kosovo’s missed opportunity under the auspices of the German Presidency has raised many eyebrows in Kosovo and left people wondering which other member state could have the will and the power of Germany to push this issue forward.

Nevertheless, the strong messages reinstated by the European Parliament in relation to the visa liberalisation process brought a spark of hope to the political debates in Kosovo. This is especially important after the striking and inexplicable hesitation of the political elites to highlight this issue during the election campaign. Traditionally, the visa liberalisation process has been exploited for domestic political consumption – especially during election campaigns. This was not the case this time around, as none of the political parties talked about it explicitly and thus refrained from promising anything related to visa liberalisation. On the one hand, this is an indicator that political elites understand the level of complexity and the risks involved; on the other, it reveals the lack of clear guidance on what has to be done in order to get back on track. Thus, Kosovo is left unguided and heavily depending on its own diplomatic efforts to convince the few remaining skeptical EU member states.

The European Parliament’s report comes at a critical juncture when Kosovo has just elected a new government led by Albin Kurti and a new President, Vjosa Osmani. Both are heralded as a reformist duo, part of a new generation of leaders. The hope for internal political stability, something the EU has been seeking for many years, is back after the February snap elections. The Kurti – Osmani duo had announced that they would deliver on difficult reforms in the country including the fight against corruption and an overhaul of the judicial system, many of which are directly or indirectly relevant to the visa liberalisation process. This has created positive and high expectations not only in relation to  visa liberalization; it had also created an impetus to finally move forward in the already very complex relations between Kosovo and the EU. Having this in mind, if the EU wants to regain its credibility in Kosovo, and indeed in the wider Western Balkan region, it needs to go for strategic choices and put the visa liberalisation process firmly back on the agenda. By doing so, it will positively contribute to the dialogue with Serbia and be in a position to exercise pressure on the Kosovo government to deliver on its election promises and to insist on a track record regarding the reforms deriving from the EU roadmap for visa liberalisation. A comprehensive approach which includes the Council and those EU member states that remain skeptical towards granting visa-free travel to Kosovars is necessary. Positive engagement on the visa issue will undoubtedly contribute to opening the doors for a comprehensive agreement with Serbia and has the potential to solve one of the most crucial bilateral dispute in the Western Balkans.

The existence of powerful voices in the European Parliament such as those of Kosovo rapporteur Von Cramon and visa liberalisation rapporteur Tanja Fajon, who never ceases to bring up the urgency to finally grant visa-free travel to the citizens of Kosovo is indeed a good sign. Now it is up to the new government to make good use of this momentum created and sustained by the European Parliament and to push harder for a way out of the visa liberalization deadlock which has been around for almost three years.

This article was written as part of wider research and advocacy efforts supported by the Kosovo Foundation for Open Society in the context of ‘Kosovo Research and Analysis Fellowship’. Donika Emini and Zoran Nechev are members of the Balkans in Europe Policy Advisory Group (BiEPAG). Emini is a PhD student in international relations and politics at the University of Westminster. She is the Executive Director of the CiviKos Platform. Nechev is the head of the Centre for EU integration at the Institute for Democracy ‘Societas Civilis’.

Kurti: Meeting with Vučić likely to take place in June

Elections in Serbia to be re-scheduled for 21 June