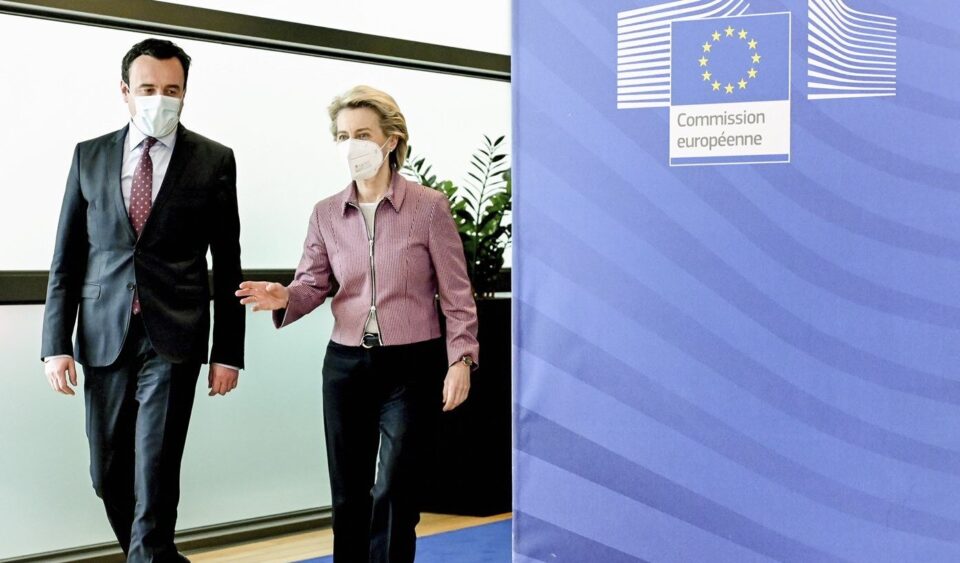 This was how Special Representative Miroslav Lajčak described the week ahead on April 25, due to successive visits of Presidents of Serbia and North Macedonia and the Prime Minister of Kosovo, all of whom held multiple bilateral meetings with high EU officials.

President of the EC von der Leyen tweeted yesterday that she had had a good first meeting with Kurti, who was elected for the second term in February.

“(I) wish his government success in advancing reforms in Kosovo, including in the rule of law, and normalisation of relations with Serbia.  EU will continue support for Kosovo, including with vaccines to fight the pandemic”, von der Leyen tweeted.

Wish his government success in advancing reforms in Kosovo, including in the rule of law, and normalisation of relations with Serbia.

EU will continue support for Kosovo, including with vaccines to fight the pandemic. pic.twitter.com/nLf70qMQhV

“In my speech, I said that we must not take peace for granted nor must we ignore history, because that means ignoring lessons written in the cemeteries of our continent”, Kurti tweeted.

MEP Tonino Picula tweeted after Kurti’s address in AFET that his new mandate was a message of the voters that they expect a continued fight against corruption. Picula supported the improvement of education and social protection programmes and supported visa liberalisation, after the fulfillment of necessary conditions.

Kurti: Meeting with Vučić likely to take place in June