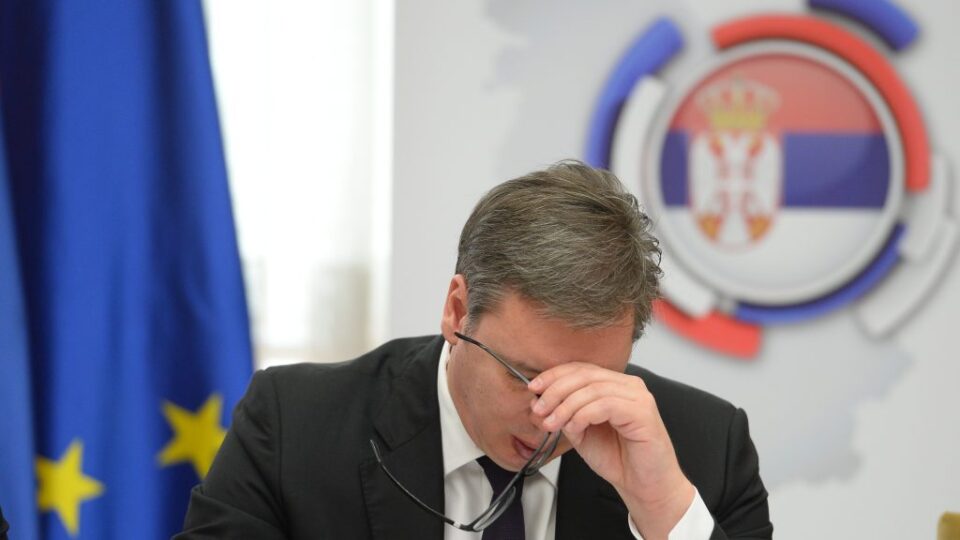 President of Serbia Aleksandar Vučić at the meeting with National Convention on the EU in 2018; Photo: Tanjug

The cases of Jovanjica, Krušik, Telekom Srbija, and Savamala found their place in the European Parliament’s Report on Serbia, adopted at the end of March this year. While the European Parliament is urging for these cases to be resolved effectively, parts of the authorities in Serbia respond that the Report is not an accurate image of Serbia, but “an image of hypocrisy and prejudice that guided the Report’s writers”.

On election night between 24 and 25 April 2016, unknown persons with balaclavas and heavy machinery demolished several buildings in the Belgrade neighbourhood of Savamala, while the citizens who found themselves at that place were tied up and had their mobile phones confiscated. The police did not react.

Five years later, on 15 April 2021, several buildings of the construction company Belgrade Waterfront have sprung up at that place, and the President of Serbia, Aleksandar Vučić, stated that he would be proud of this project for the rest of his life.

“As for Savamala, that is, the Belgrade Waterfront project, it is something I will be proud of for life. It is the pride of Serbia. And the court ruled that those whose illegal buildings were demolished had not suffered losses. And we built magnificent facilities there and it is now one of the most beautiful promenades in the world… If they had asked me, I would have come with an excavator in broad daylight. I don’t understand why someone would do it during the night, that’s what I said. It’s not a problem that they did something, it’s a problem that they did not do it publically”, said President Vučić.

However, while for President Savamala is a thing to proud of, for the European Parliament is a problem that must be solved.

Namely, the MEPs adopted the resolution with 538 votes in favor, 69 against, and 79 abstentions, based on the Report of the European Parliament’s Rapporteur for Serbia, Vladimir Bilčik. About 400 amendments were submitted to the report, including the one concerning unresolved scandals.

In addition to Savamala, MEPs pulled the illegal arms trade in Krušik, the illegal production of marijuana in Jovanjica, and the “suffocation” of competition by Telekom Srbija from under the carpet, where they are being persistently pushed.

“(EP) urges Serbia to deliver convincing results, including a sustainable track record with effective investigations in areas of concern such as the judiciary, freedom of expression and the fight against corruption and organised crime, especially in cases with a high level of public interest, including the cases of Krušik, Jovanjica and Telekom Srbija”, the resolution of the European Parliament reads.

The Vice President of the Center for Foreign Policy and the former Deputy Prime Minister of the Republic of Serbia for European Integration, Suzana Grubješić, hopes that this will speed up the judiciary to solve these burning scandals. She also clarifies that these reports usually do not mention specific cases, but rather general issues.

“So, high-level corruption, organised crime and so on, these issues are repeated almost every year in these reports. Now, why were the specific cases included now – I think that some opposition parties, in cooperation with some parliamentary groups in the European Parliament, pushed them through,” she says.

What she sees as a problem is that these reports, while politically important, are not binding.

“I have never overestimated the importance of parliamentary resolutions because they are non-binding. The cases are noted, there is a trace. Some will read it, some will not, but considering that they are not binding and that our accession process is primarily led by the European Commission and the Member States, there won’t be a significant effect, except that someone will read it “, says Grubješić.

Dušan Spasojević, a Professor at the Faculty of Political Sciences in Belgrade, agrees that it is important that the scandals were included in the Report.

“I think the impact is that they have been mentioned now, and they can’t go away. I once drew a parallel with the Bytyqi brothers and the United States. So, whenever there are negotiations in the future, they will be mentioned, they will be a topic, and in that sense, it is important why they were spelled out clearly”, says Spasojević.

What is the current status of the scandals mentioned in the Report?

While some scandals mentioned in the report have not even been tackled, the authorities have been working on some others, there have been arrests and even indictments. However, in the latter cases, the judiciary has not found that the authorities themselves had been involved in the cases.

In the case of the demolition in Savamala, even after five years, no one has been arrested, nor have the persons under the balaclavas been identified. Professor Dušan Spasojević believes that this is exactly why it is important to talk about it today.

“It is good that it is still somewhere on the agenda, because it is one of the scandals that has not really been forgotten and neglected politically, but it has been pushed to the background,” says Spasojević.

On the other hand, there are persons arrested for their involvement in the Jovanjica case. Namely, in June last year, the Special Department for Organized Crime at the High Court in Belgrade confirmed the indictment against nine people, but also against Predrag Koluvija, the owner of the agricultural land on which, as it is suspected, he illegally grew large quantities of marijuana.

Politicians from the very top of the state, including the current Minister of the Interior, Aleksandar Vulin, used to visit Koluvija’s farm, which stretches not far from Stara Pazova (northwestern Serbia). The vice president of the opposition People’s Party, Miroslav Aleksić, also accused the President’s brother Andrej Vučić of being involved in the Jovanjica case, something which both Vučić brothers have strongly denied.

The Telekom case refers to the purchase of several cable operators, which has damaged the partially state-owned Telekom Srbija, for 500 million Euros, according to media reports. Part of the opposition filed criminal charges against the members of the Supervisory Board of this company. The authorities have been accused of using Telekom money to buy cable operators and media outlets, monopolising the media scene in favour of the ruling party.

The Krušik case refers to the discovery of journalists that the late father of the current Minister of Defense, and then Minister of the Interior, Nebojša Stefanović, was employed in a private company GIM, which bought weapons from state-owned manufacturer Krušik at preferential prices. The scandal was exposed by Aleksandar Obradović, who was employed in Krušik, and who was subsequently arrested in November 2019.

The journalist of the weekly NIN, Vuk Cvijić, has been following the story about Krušik for a long time and has received rewards for his work. He states that the Prosecutor’s Office for Organized Crime initiated a pre-investigation procedure in connection with this affair at the end of 2019, but that it has not been completed to date. He adds that Krušik is the scandal that is mostly kept quiet.

“What I see is that the only defense they have left when it comes to Krušik, is the defense of silence. Everything they say further creates a new problem for them. You could see that when President Vučić was in Krušik at the beginning of the pandemic on 9 March last year. Only then did he admit, a year and a half after the opening of the case, that Krušik was in trouble and that that problem was created by Krušik’s leadership. There are no consequences for any of the managers”, says Cvijić.

He believes that it was similar to Savamala.

“There have been no consequences after President Vučić stated that the top of Belgrade’s local government is behind that. And then he made a correction. As if the government does not want to solve that, but to cover it up”, Cvijić underlines.

A report that infuriated the Serbian authorities

Even before the adoption of the Report, criticism of his statements could be heard in the statements of Serbian officials.

Thus, the Minister of the Interior, Aleksandar Vulin, immediately after the announcement of the amendments concerning the affair, became a forerunner in the criticism. He said that the report of the Members of the European Parliament is not an image of Serbia, but “an image of hypocrisy and prejudice that guided the writers of the report”.

“They do not need the truth, they need an excuse why they will not accept Serbia into their society (…) Since they have saved medical equipment and vaccines for themselves, I ask Europeans to keep their political views, pressure on our judiciary and hypocrisy for themselves. If you can’t give us what we need, feel free to save what we don’t need at all”, Vulin said.

The President of Serbia, Aleksandar Vučić, strongly criticised this document, but also the European Parliament itself, which he stated was “lost in time and space.”

“They said everything about themselves with their report,” Vučić said a day after EU lawmakers adopted the document.

A month earlier, on 21 February, Vučić said that “the state solved the Jovanjica case” by arresting the actors, telling MEPs that “they cannot make political profits with lies, even though they are Members of the European Parliament”.

Report as a solution or just words on paper

NIN journalist Vuk Cvijić says that the European Union has dealt with Krušik before, but not in this way.

“What I see is that this is not the first time that the European Union has dealt with Krušik, and the European Commission has previously stated that Aleksandar Obradović was a whistleblower and stated that this should be resolved. Now, this has been adopted by the European Parliament. There is a serious pressure “, states Cvijić.

However, Cvijić believes that as long as the judiciary is under great political pressure as it is today, it will be difficult to do anything concrete.

Professor Spasojevic agrees with that, believing that “the entire system must be dismantled” in order for some of these scandals to be resolved.

“Some people who are an integral part of the system would have to be prosecuted, so I don’t see that kind of optimism in that sense. So far, we have learned that no one can be punished and that everyone has the protection of the party”, Spasojević underlined.

However, Spasojević believes that there will be a reckoning with everything written in the Report of the European Parliament.

“The only question is in what form and when. Whether it will be SNS in a year or two or some new government”, concludes Spasojević. 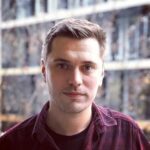