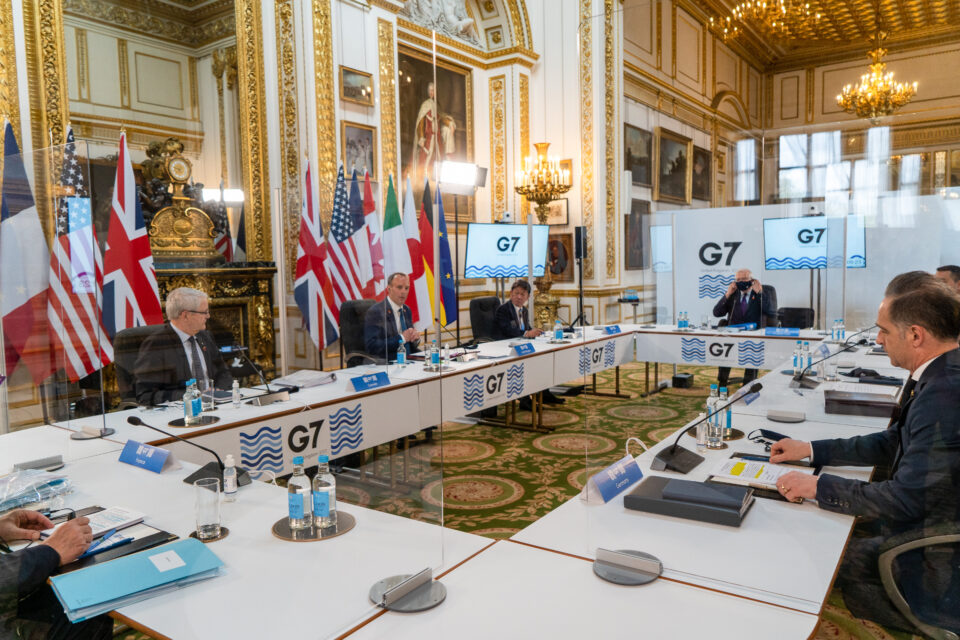 The foreign secretaries of the G7 attend a meeting of foreign ministers at Lancaster House in central London; Photo: EU

LONDON – Foreign and development ministers of the Group of Seven (G7) and the High Representative of the EU said they firmly reject any attempt to undermine the territorial integrity of Bosnia and Herzegovina.

“Unwarranted speculation about border changes along ethnic lines is no solution to the challenges faced by the region. Such changes would constitute a threat to regional security. We firmly reject any attempt to undermine the territorial integrity of Bosnia and Herzegovina”, said a communique issued Wednesday evening.

In a document, they emphasized the importance of advancing the necessary internal reforms, in particular on rule of law, including tackling organised crime.

“We, therefore, support the formal opening of EU accession negotiations with Albania and North Macedonia. We support further progress on regional cooperation especially through the Common Regional Market, Green Agenda for the Western Balkans and Berlin Process”, stated in a document.

They gave fully support the implementation of the reform agenda related to the EU accession negotiations with Montenegro and Serbia.

Ministers urged Kosovo and Serbia to engage constructively in negotiations in the framework of the EU-facilitated dialogue and to normalise fully their relations through a comprehensive and legally-binding agreement that contributes to regional stability.

They urged the parties in Bosnia and Herzegovina to agree on and implement “electoral and limited constitutional reforms,” as well as the judgments of the European Court of Human Rights, and to work closely with the OSCE’s Office for Democratic Institutions and Human Rights and the Venice Commission “to move the country closer to realising its democratic aspirations.”

The ministers welcomed the candidacy of German Schmidt for the post of the international community’s High representative in BiH.

Várhelyi: Green light to the application of the new methodology to Montenegro and Serbia