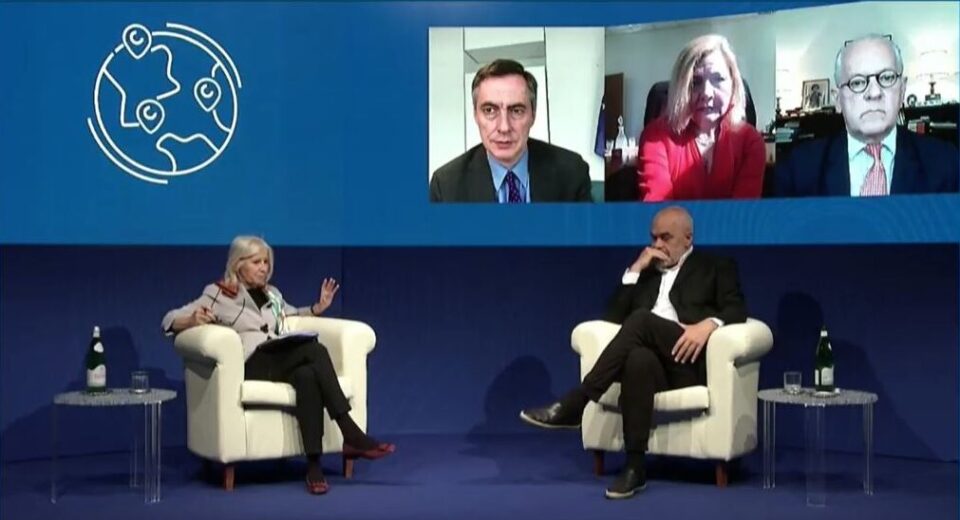 FLORENCE – Although the lack of actions of the European Union left room for the new actors such as Russia, China and Turkey in the Western Balkans and Turkey, the EU still plays a significant role in this region, concluded the participants of the panel “Is the soft power of the EU in the neighbouring region still effective?”.

The panel, organised as a part of the conference “SOU4YOU – Bringing the State of the Union Closer to Citizens” on 6 May, questioned the EU’s capacity to attract the current EU candidates and potential EU candidates. The main topic of the discussion was on the perception of the EU in the neighbourhood countries, as well as the issue of credibility of the enlargement policy.

Edi Rama, Prime Minister of Albania, explained that the public opinion in Albania is very much pro-EU oriented.

“For us, European path is not one of the choices, but the only and ultimate choice,” says Rama.

He added that, even though other actors besides the EU are important for some Western Balkan countries, when it comes to Albania, that is not the case – “none of those actors could be a potential substitute to the EU as our goal, our destination, our partner”.

“I do believe that the soft power of the EU in the neighbourhood is strong, even though there is rightly fatigue we witnessed,” states Vejvoda.

David McAllister, MEP and Chair of the EP Foreign Affairs Committee, emphasised that the enlargement process was not dead.

“I believe that the enlargement still has a future and all 6 countries of the Western Balkan have European integration perspective,” he explains.

He stated that, for the process to continue, candidate states must fulfill all the conditions, but he explained that the enlargement is a responsibility of both sides and that “delays of the fulfilling promises made by EU member states do not help the EU credibility”.

“The Union must operate as a community and there should be no double standards,” says McAllister.

On the question about Turkey and its European integration perspective, McAllister was not that optimistic. Although he admitted that Turkey represents a state of strategic relevance for the EU, he drew attention to how “Turkey has now for many years pursued a continuous and growing distancing from European values and standards”. He highlighted that a big change must be made.

“The ball is in the court of President Erdoğan, but we need a real, sincere and sustainable commitment of the Turkish leadership to improve our relations. Actions speak, not words,” explains McAllister.

Meltem Müftüler-Baç, Professor of International Relations at the Sabancı University, explained that despite the fact Turkey is far from the EU membership, Turkey and EU belong together in multiple different ways.

“It is not only about trade or customs Union or migrations, it is also about social interaction, about education. Two societies, they are very much integrated,” she says.

She added that the relationship between Turkey and the EU is at such a level of development that it could not be reversed.

“I do not see a rupture of Turkey and EU”, she concludes.

EWB SCREENING / Marko Dašić: The Washington agreement is not dead, the United States does not support border changes

Fellowship Programme for Government Officials from the Western Balkans