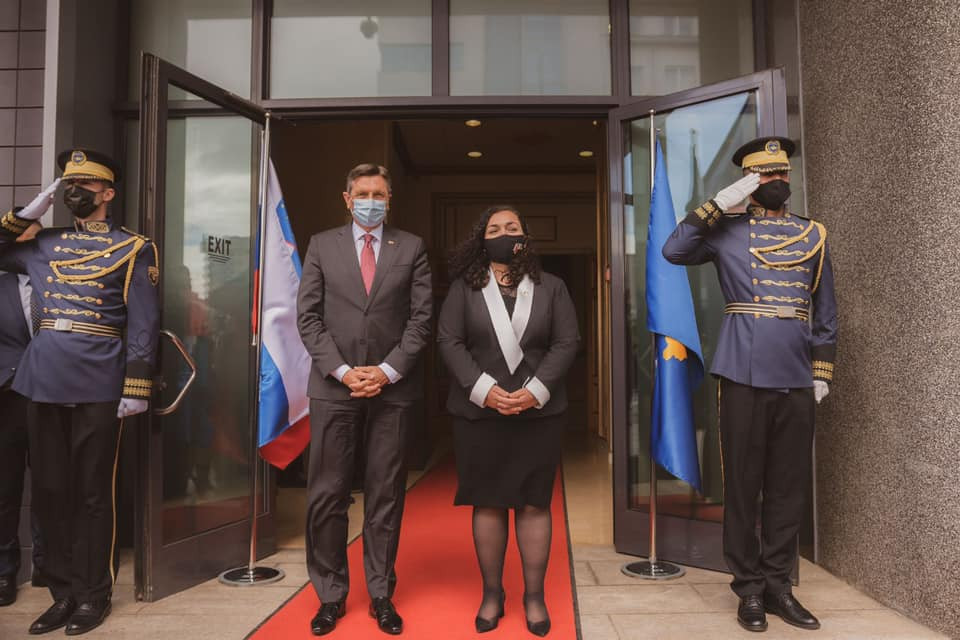 PRISTINA – President of Slovenia Borut Pahor, during an official visit to Kosovo on Thursday, said that he does not agree with the “non-papers” proposing changes of borders in the Western Balkans, saying that he has a totally opposite stance on this issue.

According to Gazeta Express, Pahor, who visited Kosovo ahead of the Brdo-Brijuni Summit set to be held on Monday, said that he will try to convince the EU Member States to agree on enlargement policies.

“I do not agree with the ‘non-paper’, my position is totally opposite and alternatives such as changing borders should not be discussed. I want to convince my interlocutors to continue the EU enlargement process,” Pahor said.

President of Kosovo Vjosa Osmani, who hosted Pahor on Thursday, said that Slovenia has never supported the change of borders in the Balkans.

“Let me reconfirm that I have never seen the involvement of Slovenia in adventures such as ideas on change of borders, on the contrary, there were summits in Slovenia when participants had a clear stance that change of borders harms the region. I want to thank President Pahor for reconfirming his position today,” Osmani said.

Osmani stated that she informed the Slovenian president that Pristina would continue to participate in the dialogue with Belgrade, but also emphasized that the change of borders would not be discussed, KoSSev reports.

“Our borders were defined in 2008. Kosovo will sit at the table and deal with topics that are important for our country,” she said.

In her address, Osmani also confirmed that she would attend the Brdo-Brioni summit.

She said that Kosovo is committed to EU integration, but also once again called on the European Union to “fulfill its promise” and grant Kosovo visa liberalization.

Slovenian leadership was allegedly involved in promoting the ideas of border changes in the Balkans along ethnic lines, but Prime Minister Janez Janša and President Pahor denied they supported the idea.