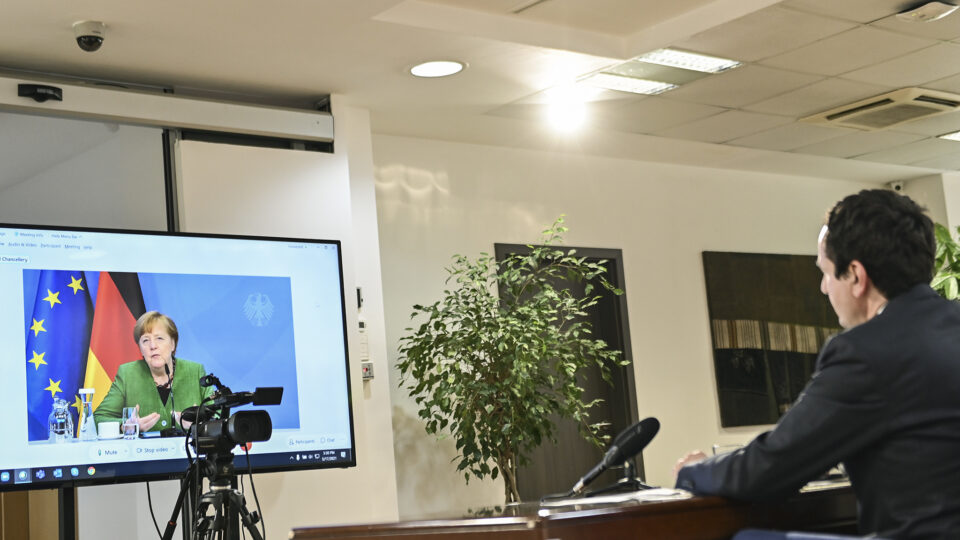 BERLIN / PRISTINA – Prime Minister of Kosovo Albin Kurti held a video conference with the Chancellor Angela Merkel of Germany on Monday, informing her about Kosovo’s position on the Dialogue with Serbia.

According to Gazeta Express, Kurti said that the interlocutors had agreed that the dialogue should be just, relying on good faith which should result in mutual recognition.

“I added that Kosovo’s independence and its territorial integrity cannot be the topic of the discussion – we cannot return before 2008,” Kurti said referring to the declaration of the Independence of Kosovo on 18 February 2008.

Kurti said that waiting for the Berlin process Summit, expected to take place in July, he told Chancellor Merkel that the region needs economic and trade cooperation, but not a project as a replacement for the EU integration process.

The press release of the German Chancelry stated that the central part of the discussion had been bilateral and economic relations between the countries, the process of Kosovo’s approach towards the EU and the Dialogue between Kosovo and Serbia.

The Chancellor and the Prime Minister also discussed the pandemic and the support Germany provided to Kosovo, the press release stressed.

Kurti also informed Merkel about the planned reforms of his Government.

Stoltenberg with Vučić: Alliance committed to peace in the Western Balkans

Mogherini meets with Kosovo delegation, urges for the faster pace of the dialogue

Bilčik: Criticism of Lajčak undermines the EU as an actor