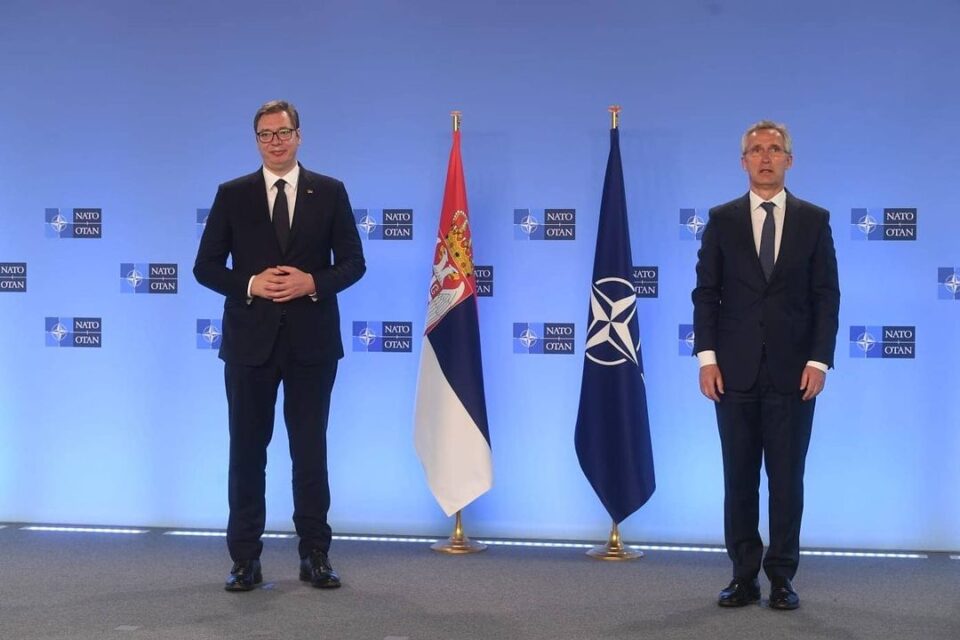 Vučić and Stoltenberg during a joint press conference; Photo: FoNet

BRUSSELS – NATO respects Serbia’s military neutrality, and the KFOR mission in Kosovo is the best proof of such a commitment, said the Secretary General of NATO, Jens Stoltenberg, after the meeting with the President of Serbia, Aleksandar Vučić, Voice of America reported.

“The KFOR mission provides a peaceful environment, freedom of movement in Kosovo based on the mandate of the UN Security Council”, Stoltenberg said.

He added that KFOR is the most concrete expression of NATO commitment in the region.

According to Voice of America, asked whether it was true that the number of Croatian soldiers in the KFOR mission would be increased, Stoltenberg answered that these numbers varied between NATO allies, but that soldiers from all countries must nevertheless act on the basis of the same agreed mandate.

He welcomed Croatia’s contribution and reiterated that the country’s troops operate in exactly the same framework as all other troops that are a part of KFOR.

He explained that any change in the mission must be agreed upon among all 30 allies by consensus.

Speaking about the possible accession of Serbia to NATO, Stoltenberg said that Serbia has the right to choose its own path.

President of Serbia Aleksandar Vučić said that he was satisfied with the talks with the Secretary General of NATO, adding that Stoltenberg gave a clear answer on preserving peace and stability in the region.

“He emphasized the importance of KFOR and I think that it will bring calm not only in Kosovo but in the entire region”, Vučić said during a joint press conference.

According to FoNet, the President of Serbia announced that the fifteenth anniversary of the founding of the Partnership for Peace would be marked in early November 2021, and said that he had invited Stoltenberg to that celebration.

“I think that his visit would be a great confirmation of our good relations and that it will encourage our relations in the future. That will be in favor of small Serbia and the Serbian people. That is my job, but I think it will be good and useful for NATO as well”, Vučič concluded.

Vučić said that he had talked with Stoltenberg, especially about issues related to Kosovo, the dialogue between Belgrade and Pristina, and that he had done everything in his power to convince Stoltenberg that Serbia is 100% committed to the dialogue.

According to Nova.rs, the agenda of the bilateral meeting included political dialogue, partnership and practical mechanisms of cooperation between Serbia and NATO, as well as the KFOR mission and its role in preserving security in Kosovo.