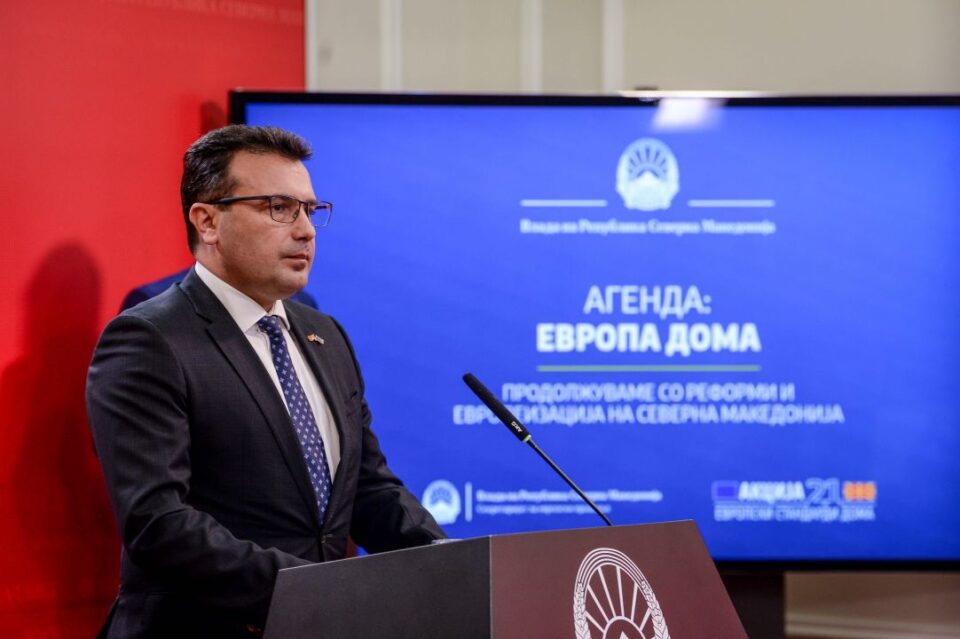 ATHENS – In an interview for POLITICO, Prime Minister of North Macedonia Zoran Zaev has warned the EU that it’s taken a reputational hit in the Western Balkans and will lose more ground to rival powers if it doesn’t start membership talks with his country and Albania soon.

“A lot of issues were not how our citizens expected and because of that Euroskepticism increases,” said Zaev, referring to Bulgaria’s veto and tardiness in delivery of the vaccines to the region.

Zaev said a failure to start talks would affect not just his country and Albania but also the wider region, where there will be more space for other powers, such as Russia and China in particular.

“So many sacrifices. And after that, the EU doesn’t deliver? That is a problem. We show more European values and European manners than the EU,” Zaev said in the interview.

Speaking about Commissioner Várhelyi’s suggestion that Albania could advance in the process while North Macedonia would have to deal with the dispute with Bulgaria, Zaev suggested Várhelyi may have been trying to push Skopje and Sofia to reach an agreement to deal with Sofia’s objections.

“I always believe in good intentions and I believe he wanted to put pressure on us and Bulgaria to find a solution, if possible,” he said.

He expressed optimism that an end to the stalemate with Bulgaria could be found, describing the problems between Sofia and Skopje as “not substantial.”

Zaev said he hoped the most powerful Western governments, including President Joe Biden’s new US administration, would help resolve the standoff, warning that, if there is no breakthrough, the enlargement process will be frozen for at least a year and a half, while elections take place in Bulgaria and in big EU powers Germany and France.

Zaev also said that frustration had grown in recent months over vaccine deliveries and the holdup to EU talks. He stressed that his government had paid a political price for trusting in solidarity from the EU.

“Vaccines were late to come,” he said. “We waited for such a long period and people were seeking responsibility from me. It was a really unpleasant atmosphere”, noting that Serbian President Aleksandar Vučić’s greater distance to the EU and NATO gave him the flexibility to act faster.