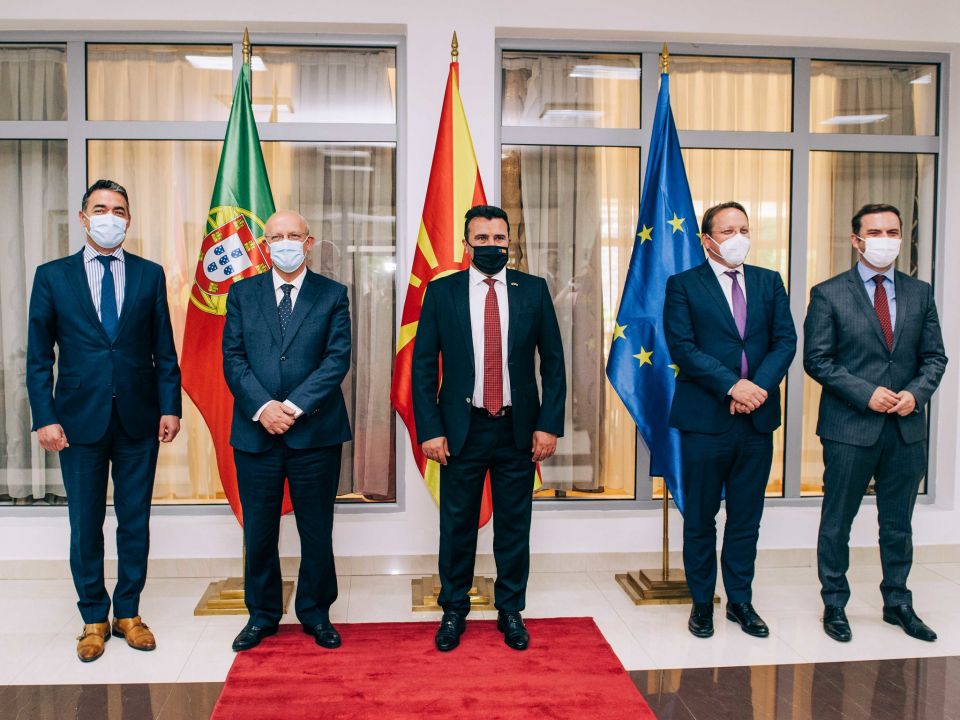 SOFIA / SKOPJE – The Portuguese Minister of State for Foreign Affairs Augusto Santos Silva, on behalf of the Presidency of the Council of the European Union, and the European Commissioner for Neighbourhood and Enlargement Olivér Várhelyi visited Bulgaria and North Macedonia today to discuss topics related to the EU enlargement process with the authorities of both countries.

According to Prime Minister of North Macedonia Zoran Zaev, Silva and Várhelyi today presented a draft solution aimed at overcoming the problem between North Macedonia and Bulgaria

“I, with the team in the Government in charge of these negotiations, … will seriously and responsibly consider all the details of the proposed solution”, Zaev said in a press conference.

He said that that the proposal is a good basis for reaching a solution to the problem, which will remove all obstacles to the first EU-North Macedonia intergovernmental conference.

Bulgaria will hold the second parliamentary election this year in July after none of the parties was able to form a government following an inconclusive election in April.

In his remarks, Várhelyi said that the EU was at a crucial juncture.

“It is always very important to listen to important Member States when it comes to the topic of enlargement. Important Member States like Bulgaria. Bulgaria is a leading Member State when it comes to the design of our policy towards the Western Balkans, Bulgaria is from the region, so it is always worthwhile to come to Sofia to get some insight, to get some discussion, be it political, be it technical, to see how we can move things forward”, he said.

However, following the meeting Foreign Minister Stoev said that there would be no change in Bulgaria’s position, META reports.

“Bulgaria continues to be principled in supporting the European integration of the Western Balkan countries while respecting the criteria for the individual achievements of each country and respecting the fundamental values ​​of the union as good neighbourly relations,” Stoev said.

He added that Bulgaria is open to a responsible, open and quality dialogue with North Macedonia.

“We expect our closest neighbours in the region to work in a spirit of honesty and constructiveness. I want to emphasize that there is a general agreement on this topic and no change can be expected in the national position of Bulgaria”, Stoev said.

“Hope that the first intergovernmental conference can be organised ASAP after adoption of negotiating framework by the Council. Will work closely with the Presidency in this regard. Stressed importance of continuous reforms and of good neighbourly relations”, Várhelyi tweeted.

Bregu: Parliamentary dialogue between the WB and EU is much needed

Dimitrov: I believe we will get the support from France