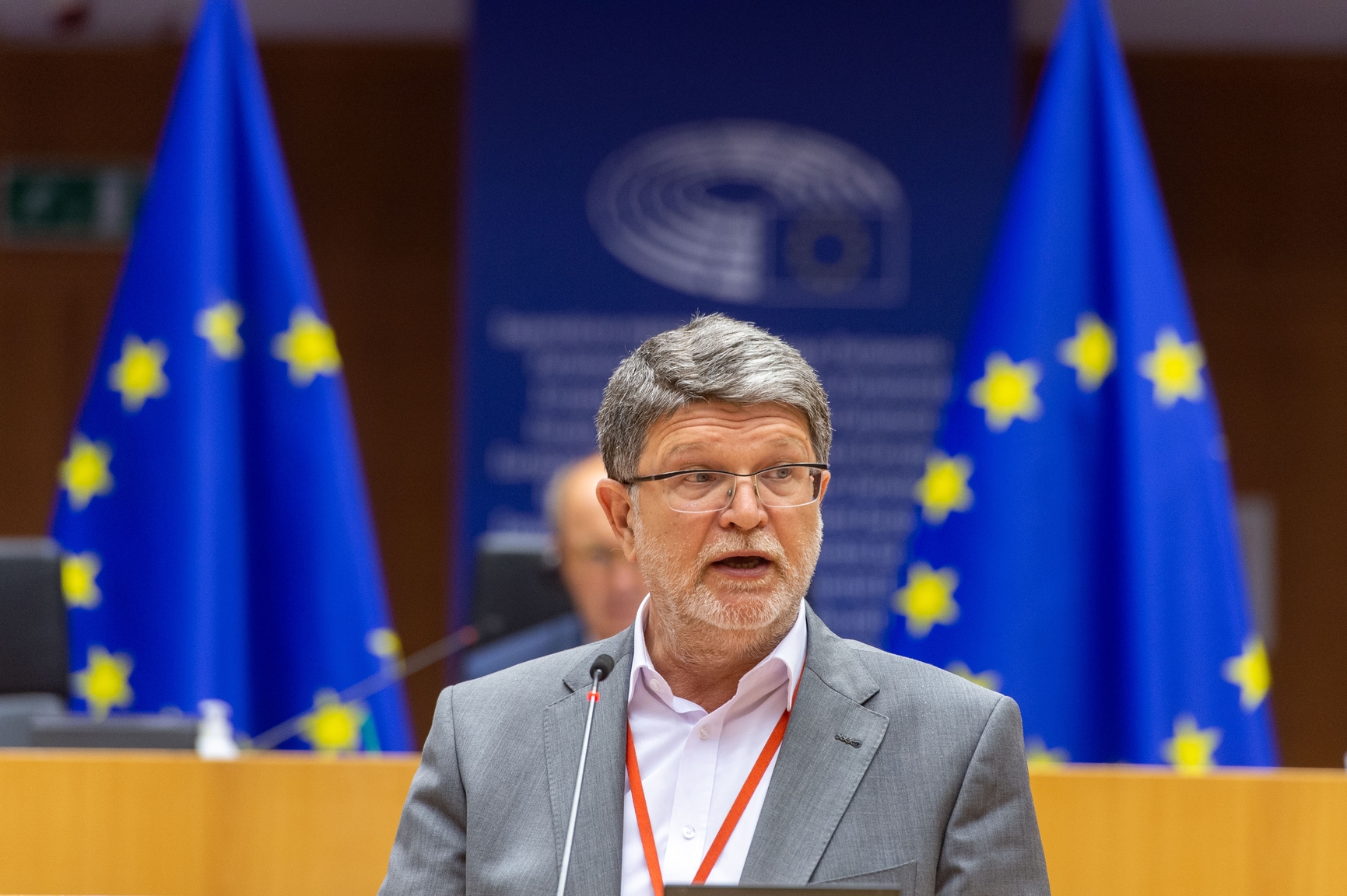 Last week, European Parliament adopted its Resolution on 2019-2020 Commission reports on Montenegro, the first one since the last year’s change of power, which stressed that it was vital not to reverse earlier achievements in the reform process, while also encouraging the acceleration of reforms. The recent controversy with the amendments of the Law on State Prosecution seems to be the primary reason behind this assessment.

We spoke with the Rapporteur for Montenegro, Tonino Picula (S&D), about the Law, but also Montenegro’s debt to China, which has also made headlines, political polarisation in the country, and the consequences of the COVID-19 pandemic.

European Western Balkans: Which conclusions of your Report would you say are the most important for the citizens of Montenegro?

Tonino Picula: Since the last Report on Montenegro, many things have changed. The plenary debate comes in the special context of the first transition of power. Record turnout in last year’s elections represented a clear message from Montenegrin citizens. Citizens of Montenegro are highly supportive of the EU, almost 80 percent, and their domestic politicians should keep that in mind. I expect Montenegro to fulfill the remaining commitments, as the frontrunner of EU enlargement. Montenegro needs to progress in judicial reforms, fight against corruption and strengthening media freedom. At the same time, I welcome Montenegro’s alignment with EU common foreign policy and its constructive role in the region. From my side, I can say that I will continue to support the citizens of Montenegro in their efforts to achieve the goal of EU accession.

EWB: The newly adopted Law on State Prosecution has raised the attention of the EU. You have stated that some issues with the Law remained. What is your view of the argument of the ruling majority, that the only way to achieve actual results in the fight against corruption is through this form of systematic changes in the judiciary?

TP: Montenegro already has the mechanisms needed to ensure both judicial and prosecutorial independence. Upgrading them should not question the principles of separation of powers. I have closely followed the events of the past week in the Assembly and the vote on the Law on the State Prosecutor’s Office. I support consultation with the Venice Commission, but I expect full, not partial, alignment of the law with both sets of recommendations. Extraordinary procedures and partial solutions may call into question the already limited progress made so far in the area of the rule of law and the fight against corruption.

EWB: The incumbent Government, the first one not led by DPS in 30 years, has now been in power for almost six months. What are your initial assessments of its work in terms of the EU accession of Montenegro?

TP: I welcome the peaceful transition of power in accordance with the laws and constitutional deadlines, as well as the fact that the new representatives of the government have held their first working meetings with partners in Brussels. However, the peaceful transition has unfortunately not turned into constructive dialogue and cooperation with the opposition. I believe it is important to reach out to the opposition, foster dialogue and agree on vital issues. It is essential for speeding up the EU accession process of the country.

EWB: Political polarization remains strong even after the parliamentary and several local elections, including in the media, as your Report notes. Do you see a way out of this political climate?

TP: I want to make it clear that it is crucial to resume dialogue. It is imperative that the Assembly functions as a central place of democratic political action.

I would like to remind you that, although almost half of this year has passed, Montenegro is still expected to vote on the budget for the current year, which certainly creates additional political pressure.

Speaking from my personal experience, gained from the complex Croatian transition, I want to emphasize that it is necessary to accept the positive elements of the current political heritage, and upgrade it and make it more efficient.

Equally, EU membership must not be an alibi for political blockades or political manipulation of any political option. On the contrary, a political agreement or a so-called alliance for EU is crucial to speeding up the EU accession process.

I think it is necessary to soften the rhetoric on both sides, but perhaps it is more important to say that in a situation of such polarization of Montenegrin politics, the Government should refrain from moves that the opposition perceives as violating the country’s core values. It is obvious that even within the ruling coalition there is no clear consensus on such issues, much less when it is attempted to generalize through legislative proposals.

EWB: Enlargement Commissioner Olivér Várhelyi said last year that the goal was for one of the countries in the region to be ready for EU membership by the end of the Commission’s term. Can Montenegro, which has made the most progress in the region, achieve this goal?

TP: In terms of further progress, the biggest challenge is to close open chapters. I support the adoption of the new methodology, but it is clear that overall progress in all chapters or clusters will depend on progress in the rule of law, i.e. Chapters 23 and 24. I would be very happy if that could be achieved until the end of this mandate, but it obviously depends on the will of the Montenegrin government to adopt and implement reforms.

EWB: Recently, the issue of EU assistance to Montenegro in repaying the debt to the Chinese ExIm bank has been raised, and the latest information we have is that the EU is considering its options. Your Report also notes concerns about Montenegrin public debt. Do you expect satisfactory responce from the EU when it comes to this problem?

TP: My report clearly calls for strengthening cooperation with Montenegro in addressing threats to undermine the region’s European perspective and expresses concern at Montenegro’s growing vulnerability to rising public debt, especially in the context of China. Personally, I think we should help Montenegro in negotiations with international financial institutions on loans, so the country can be able to rearrange its external debt to China, which seriously jeopardizes the sustainability of public finances and has significant political and environmental consequences. However, additional assistance from the EU will be of full significance only if it refers to legislative reforms that are in line with European standards and recommendations. A successful partnership is always based on mutual contribution.

EWB: Your Report also notes the strong support of Montenegrin citizens to EU membership. Do you think that the relatively slow delivery of COVID-19 vaccines from the EU to the region will affect the public perception of the Union?

TP: Considering that Montenegro is after the second wave of the pandemic one of the most affected countries in Europe, I support the activities of the European Commission and the continuation of action to help speed up vaccination and improve health systems in the region. Greater sensitivity is needed with regard to Montenegro. Our duty and obligation is to help neighboring countries, especially as the pandemic does not end at our borders. Unfortunately, the EU faced obstacles with the deliverance of vaccines but has exported almost as many vaccines as it has kept for its own use.

The EU pledged to deliver through the COVAX scheme vaccines to the Western Balkans and last month the Commission announced that 651,000 Pfizer/BioNTech doses will be distributed until August. I would also remind of the adoption of the 3.3 billion euro financial aid package mobilized by the EU for the benefit of the citizens of the Western Balkans. There is also the Economic and Investment Plan of up to €9 billion to foster long term recovery of the Western Balkans. Support, solidarity and cooperation go far beyond what any other actor has provided to the region and I believe Montenegrin citizens can recognize that.