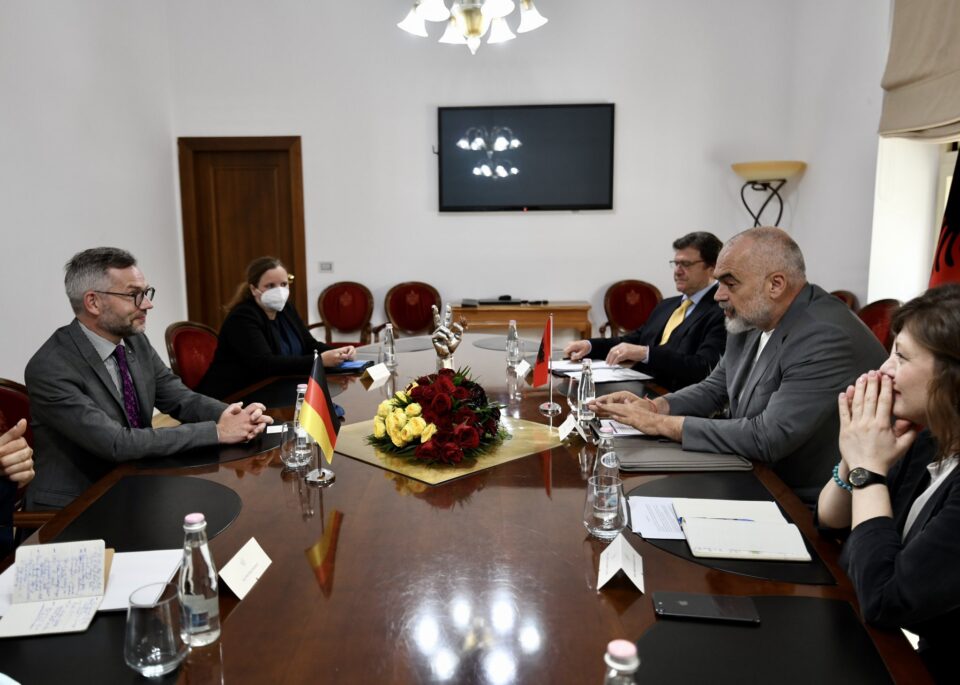 SKOPJE / TIRANA – The German Minister of State for Europe, Michael Roth, declared that his country will work towards convincing the EU to deliver its promise on the Western Balkans, stating that the region is not the backyard of the EU, Euronews Albania reported.

“Many of you feel frustrated and disappointed from the EU as in the past a lot has been done, and you all know that there have been other conditions to be fulfilled on the side of Albania, such as the Constitutional and High Court. Albania delivered, and it has scored a lot of progress, while the same can be said for North Macedonia. Therefore, for this reason, we are working under pressure in order for the Council to make a positive decision so that we can finally launch negotiations”, said Roth during the joint press conference after the meeting with the Prime Minister of Albania.

According to Euronews Albania, Roth emphasized that opening negotiations is only the first step in the EU accession path, as there is “still a lot to be done”.

“There is a lot to be done, you are only at the beginning of the path, rule of law, functioning justice system, a modern administration, respectful approach towards cultural and religious minorities. We are not only an economic and financial community but also a community of values”, Roth told.

German Minister added that in politics, decision are made based on facts, and the facts on Albania and North Macedonia indicate that negotiations must begin with both countries.

Prime Minister of Albania Edi Rama recalled that the EU must swiftly approve the negotiating chapters while referring to the dispute between North Macedonia and Bulgaria as “surprising” and “unexpected”.

The head of the Albanian government reiterated that there are no member states opposing Albania’s first IGC, but that the problem remains North Macedonia, referring to the veto imposed from Bulgaria.

On Wednesday the German minister visited Skopje, where he expressed his optimism to the Council of Ministers that in June, the current stagnation in the process of integration for North Macedonia might just be eliminated.

He stated that a lot of work is being done in this direction and that his country is quite optimistic.

During his press conference with Minister of Foreign Affairs of North Macedonia Nikola Dimitrov, Michael Roth spoke highly of North Macedonia’s courage and strength in find a resolution for the issue of their name, being disputed by Greece.

He added that  it is legitimate that you wait for the European Union to act upon their promises.

“We would have been glad to see the accession of negotiation for North Macedonia and Albania starting last year, but we didn’t make it. Now we will continue to work in this direction, so that this might be possible during Portugal’s leadership. I remain optimistic that we will make it,” declared Roth.