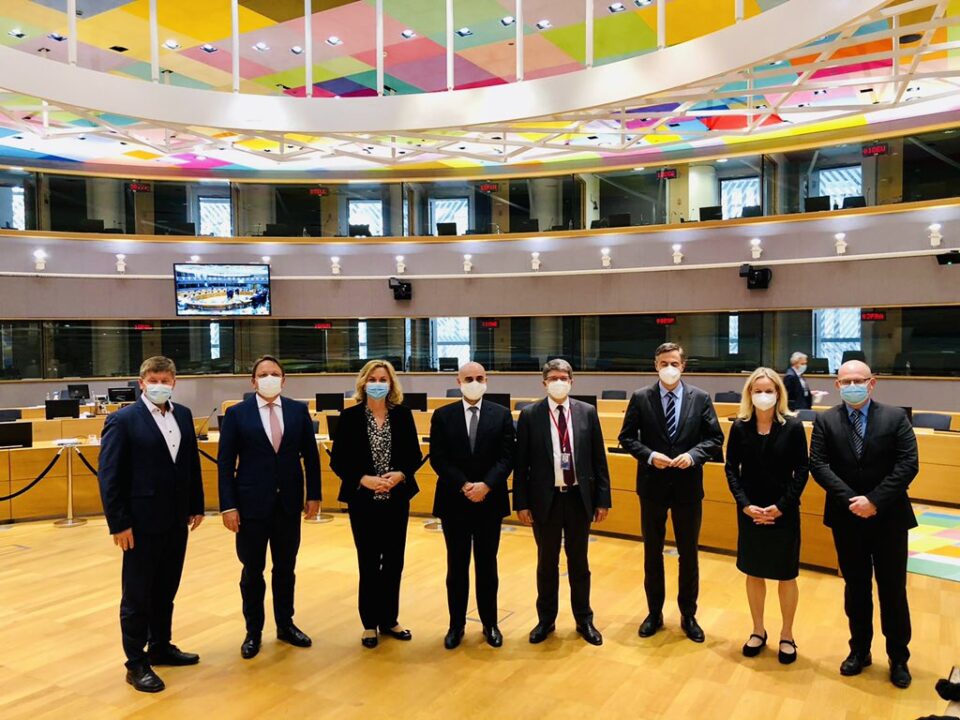 BRUSSELS – The European Parliament and the Council agreed yesterday on the new Instrument for Pre-accession Assistance (IPA III), with a total budget of over €14 billion, for the 2021-2027 Multiannual Financial Framework period.

The political agreement will be converted into the final legal text of the Regulation, still subject to formal approval by the European Parliament and the Council. The IPA III is set to be adopted and become law in early autumn.

In comparison to IPA I and IPA II, the new instrument will provide support to Albania, Bosnia and Herzegovina, Kosovo, Montenegro, North Macedonia, Serbia and Turkey with an overall budget of €14.162 billion in current prices for 2021-2027, starting retroactively from 1 January 2021.

According to the press release of the European Parliament Foreign Affairs Committee (AFET), the upgraded pre-accession instrument strengthens conditionality related to democracy, human rights and rule of law, envisaging the suspension of assistance in case of government backtracking in those areas.

The IPA III will step up strategic communication and the fight against disinformation and will contribute to the cross-cutting goals of climate and environmental protection, human rights and gender equality. The revised fund envisages improved donor coordination and enhanced consultations with civil society organisations and local and regional authorities, AFET press release reads.

“The deal safeguards the continued funding of enlargement policy, the EU’s most successful foreign policy tool, underpinned by reconciliation, regional cooperation and good neighbourly relations. The modernised IPA has the capacity to facilitate in-depth reforms in enlargement countries and bring them closer to the EU, including through the ambitious Economic and Investment Plan and the Green Agenda for the Western Balkans”, stated MEP Željana Zovko, co-rapporteur for IPA III.

White smoke on IPA III. We concluded a deal on behalf of the @Europarl_EN with @EUCouncil and @EU_Commission. Thanks to @OliverVarhelyi, Ambassador Costa Pereira, @TPicula and @davidmcallister for the constructive trilogue. @2021PortugalEU #IPAIII pic.twitter.com/oNBQkVUu1i

MEP Tonino Picula, another co-rapporteur, said that the new generation of the IPA would reinforce the democratic, normative and socio-economic transformation of aspirant EU members.

We have an agreement for more than 14 billion in pre-accession assistance. This allows for smarter, better targeted, visible and sustainable support for #WesternBalkans countries on their EU path. I had the honor of working on #IPAIII for the past 2 years as EP co-rapporteur. pic.twitter.com/T6XZ5GAYjF

“With the agreement today, we managed to secure strategic, conditional and visible funding that will assist and help transform enlargement countries in the face of joint challenges”, Picula said.

Commissioner for Neighbourhood and Enlargement, Olivér Várhelyi stated that this long-awaited agreement on our ambitious financing assistance was a positive, welcome and strong signal for the Western Balkans and Turkey.

“Through investments in key sectors including connectivity, infrastructure, environment and climate, as well as energy and digital, it will boost the convergence with the EU and bring tangible benefits for citizens”, Várhelyi said.

European Commission’s press release stresses that IPA III presents a solid policy-driven approach, with strategic and dynamic deployment of assistance, putting the “fundamentals” at its core: focusing on rule of law and respect of fundamental values, strengthening democratic institutions and public administration reform, and promoting economic governance and reforms towards competitiveness.