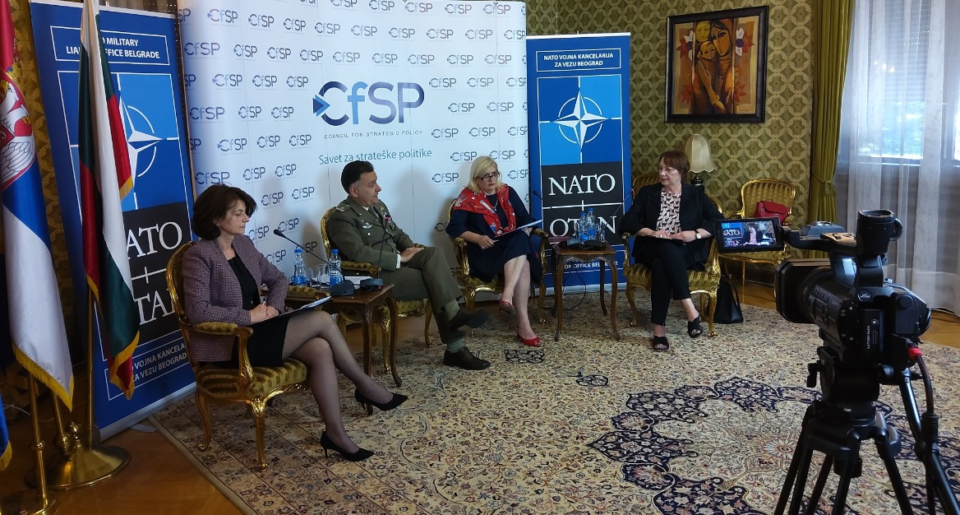 BELGRADE – Serbia is of key importance for the stability of the Western Balkans, the region and of exceptional importance for NATO, said NATO Assistant Secretary-General for Public Diplomacy Baiba Braže, during the conference hosted by the Council for Strategic Policy in Belgrade, reports Danas.

On the occasion of the 15th anniversary of the Partnership for Peace between Serbia and NATO, she said that partnership with NATO can have real benefits for Serbia and its citizens, but also for the region as a whole.

She added that the partnership has yielded significant results in many different areas – civilian emergency preparedness, training of Serbian forces for peacekeeping operations, security sector reform, and scientific cooperation.

According to her, the partnership is the most important tool for establishing a new, positive and long-term relationship between NATO and Serbia. She added that it enables the establishment of credible political dialogue.

Braže stressed that the KFOR mission will remain in Kosovo and act in accordance with the provisions of the UN Security Council, thus guaranteeing a safe and secure environment and freedom of movement for all communities in Kosovo.

KFOR mission has been in Kosovo since 1999 and today consists of about 3,500 members. Its commander, Major General Franco Federici stated that the mission’s cooperation and joint activities with the Serbian Army were excellent at all levels of responsibility.

He announced that a joint meeting with the Serbian Army would be held soon.

“We will soon hold the 500th meeting between the Serbian Army and the Joint Implementation Commission. We will mark this event with a symbolic ceremony in Niš in mid-June”, Federici said.

He added that NATO remains committed to security and stability in Kosovo.

Brigadier General Tomasso Vitale and the head of the NATO Military Liaison Office in Belgrade stated that NATO and Serbia are constantly developing their close partnership through joint work on many projects, based on mutually beneficial cooperation.

According to him, NATO respects the policy of military neutrality of Serbia, as well as the fact that it depends on Serbia what kind of cooperation it wants to have with the Alliance.

“We are fighting against false narratives with facts, our values ​​and concrete activities, which show NATO’s readiness and solidarity. We will continue to do our best to explain what NATO is, what its principles are, democratic values, as well as to talk about our partnership with Serbia”, said the head of the NATO military liaison office in Belgrade.

Sassoli: Enlargement is a positive project for peace and prosperity