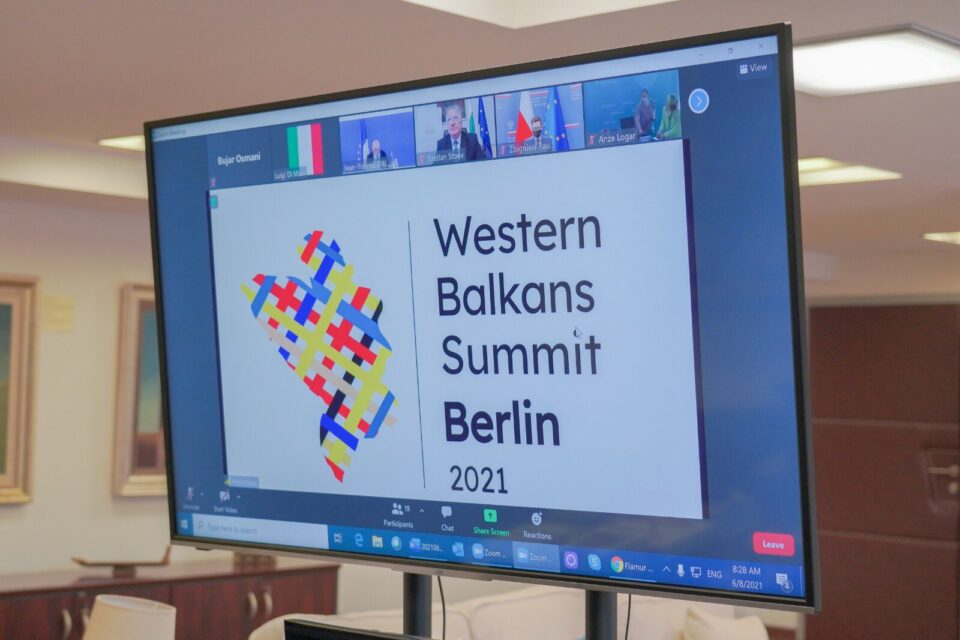 BERLIN – During the virtual meeting of the Ministers of Foreign Affairs of the Berlin Process, which is this year hosted by the initiator of the process, Germany, the country’s Foreign Minister Heiko Maas said that the joint efforts of the region and the EU need to re-doubled in three areas: EU accession process, regional cooperation and reconciliation, as well as progress towards the Berlin Process Summit in July.

“I would like to strongly encourage you to use all your energy to make this summit a success for the people of the region. In particular, the agreement on freedom of travel with ID cards would strengthen trade and travel. In the same way, the common visa area and the recognition of academic and professional qualifications would make life easier for many citizens”, Maas said.

He said that, since the beginning of the Berlin Process in 2014, the countries of the Western Balkans have achieved a lot, including the establishment of the Regional Office for Youth Cooperation, so-called “green lanes”, thanks to which goods can cross borders despite the COVID restrictions and abolishing of roaming charges in the region, which will come into force next month.

“Dear colleagues, these are important achievements. But if we look back at the past year, we also see that there has been little progress in other areas. And I can fully understand the disappointment this is causing in the region”, said Maas.

He stressed that, in the context of their EU integration process, which Germany unrestrictedly supports, the Western Balkans need to strengthen the rule of law, fight corruption and organized crime, protect media freedom and create spaces in which democracy can flourish.

On the other hand, European Union should also stand by its commitments, Maas said, adding that the accession negotiations with North Macedonia and Albania should begin, as well as that the EU should finally deliver on the issue of visa liberalization for Kosovo.

“Finally, let me highlight the role of civil society in promoting reconciliation and dialogue”, said Maas, adding that the recommendations the CSOs came up with during last week’s Civil Society Forum would be presented during the Foreign Ministers meeting.

The analyzes and specific proposals developed by civil society representatives last week have now been presented to the foreign ministers.

Also in the format of the ‘Berlin Process’, the interior ministers, health ministers, and economics ministers will meet in the coming weeks – all in advance for the virtual summit on 5 July. A youth forum and a ministerial meeting devoted to the situation of the Roma round off the numerous events hosted by Germany.

Pence to Zaev: You have my continuous support