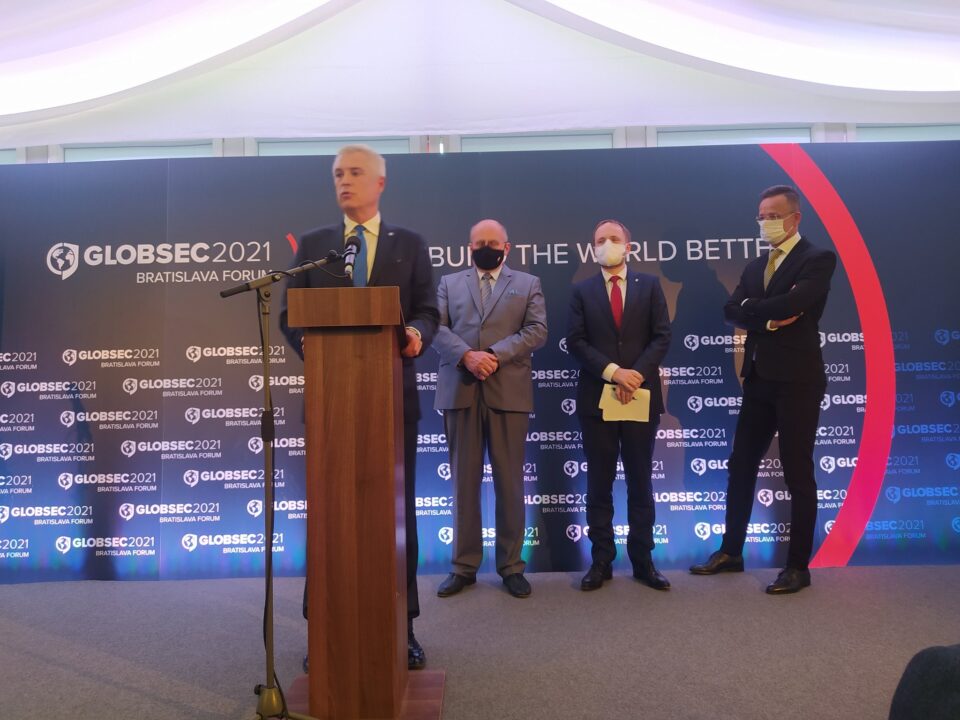 Minister of Foreign and European Affairs at GLOBSEC; Photo: Twitter

BRATISLAVA – The EU should reconsider its ambition to be a global player and instead focus on individual issues, such as those concerning the Western Balkans, Middle East, Ukraine and North Africa, said Minister of Foreign and European Affairs of the Slovak Republic at the Bratislava Forum security conference GLOBSEC 2021, TASR reported.

“I’m not a fan of big strategies. We can have them, but then a Lukashenko appears to reveal the level of our influence. I like partial strategies – smaller and clearly defined in key spheres,” said Korcok in a panel discussion on the EU’s global influence.

He proposed that the EU should set more realistic goals for itself in order to prevent disappointment from failed attempts to become a global power.

He pointed to Bulgaria’s attempts to block accession talks with Albania and North Macedonia.

“This threatens EU enlargement, which is a big part of projecting stability,” he said. I respect Bulgaria’s national interests, but looking from a broader perspective, it’s a big problem for us,” he added.

Slovenian Foreign Minister Anže Logar argued for a credible continuation of the process to expand the EU to the Western Balkans.

“Advancing the countries’ sustainable development, stability and prosperity, such a process is directly in the interests of Slovenia and the whole EU”, he said.

Croatia encourages the remaining EU countries who have not done so to recognise Kosovo’s independence, Croatia’s Foreign and European Affairs Minister Gordan Grlić Radman said on Wednesday, which is a move that Serbia certainly will not be pleased with as it does not recognise the sovereignty of its former southern province.

“Croatia encourages the remaining five EU member states to recognise Kosovo because that would contribute to stabilising the region and Kosovo itself,” Grlić Radman told reporters at the GLOBSEC conference in Bratislava, where he discuss also the situation in the Western Balkans.

He reiterated Zagreb’s position that multi-ethnic countries should implement electoral law reforms to eliminate any form of discrimination and violations of equality.

Glić Radman concluded that Croatia is a sincere advocate of Bosnia and Herzegovina’s Euro-Atlantic road and has made the country a focal point in all international forums because it is in the interest of a stable, powerful and prosperous neighbouring country.

Party of European Socialists will support North Macedonia in October