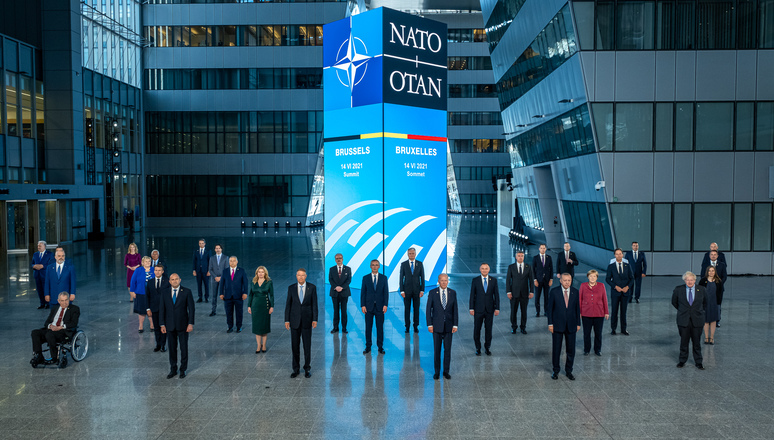 BRUSSELS – Alliance values its partnership with Serbia and added that it is committed to the stability of the Western Balkans as a region of strategic importance, stated in a communique issued from the NATO summit in Brussels.

“We value the NATO-Serbia partnership. Strengthening NATO-Serbia relations would be of benefit to the Alliance, to Serbia, and to the whole region. We support the EU-facilitated Belgrade-Pristina dialogue and other efforts aimed at the normalization of relations between Belgrade and Pristina, and urge the sides to seize the moment and engage in good faith towards reaching a lasting political solution,” stated in a press release.

The leaders of the NATO member states said that they remain committed to NATO’s continued engagement in Kosovo, including KFOR “which contributes to a safe and secure environment and to wider stability in the Western Balkans, and through ongoing capacity building efforts with the Kosovo security organisations”. “Any changes to our force posture in KFOR remain conditions-based and not calendar-driven,” the communique said.

“NATO remains strongly committed to the security and stability of the Western Balkans and to supporting the Euro-Atlantic aspirations of the countries in the region. We will intensify our efforts in the region and enhance our political dialogue and practical cooperation in order to support reform efforts, promote regional peace and security, and counter the malign influence of outside actors,” it added.

Allies strongly support the sovereignty and territorial integrity of a stable and secure Bosnia and Herzegovina in accordance with the General Framework Agreement for Peace in Bosnia and Herzegovina and other relevant international agreements, encourage domestic reconciliation, and urge political leaders to avoid divisive rhetoric, stated in a joint declaration.

According to this declaration, NATO encourages the leadership of Bosnia and Herzegovina to take full advantage of the breadth of NATO cooperative security and partnership tools.

“Allies urge political leaders to work constructively and to demonstrate political will for the benefit of all in Bosnia and Herzegovina in advancing Euro-Atlantic aspirations by implementing the much-needed political, electoral, rule of law, economic, and defence reforms, including through the country’s Reform Programme with NATO, without prejudice to a final decision on NATO membership”, it was concluded in a document that mentions Bosnia and Herzegovina.

Croatian President, Zoran Milanović, announced that his country will not agree with the document if it does not mention Bosnia’s three constituent peoples – Bosniaks, Croats and Serbs, or the 1995 Dayton Peace Agreement – the peace deal which ended the Bosnian 1992-95 war and set up the country’s constitutional and institutional systems, N1 reported.

Leaders of 30 NATO member countries gathered at a summit in Brussels on Monday to define the alliance’s reforms to be implemented until 2030, which includes adjusting to challenges such as Russia’s destabilizing activities, the rise of China, terrorist threats, cyber-attacks and climate change.