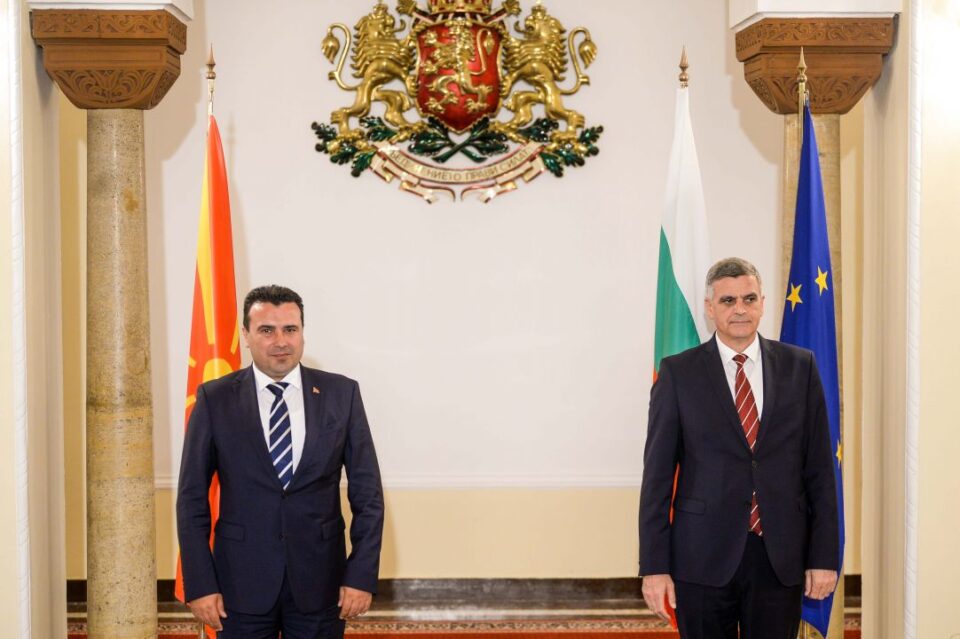 SOFIA – The Government delegation of North Macedonia came to Sofia with a concrete proposal, which we will carefully consider, said the caretaker Prime Minister of Bulgaria Stefan Janev in today’s joint press conference with Prime Minister Zoran Zaev, META reports.

Following the formal opening of negotiations with the EU in March last year, North Macedonia is still waiting for the first Intergovernmental Conference, which was postponed last year due to a veto from Bulgaria. The two countries are in a dispute over the interpretation of their mutual history.

During the press conference, Zaev added that a proposal from the Portuguese Presidency of the Council on how to resolve the dispute, which was presented to the Governments of the two countries last month, was discussed.

“The meeting today is a step towards finding a solution that is aimed at being of interest to both parties. Only in this way will we have the support of the citizens of both countries. I appeal to the brotherly people in Bulgaria through their leaders to continue their support for the Republic of North Macedonia on the road to its EU membership because our country has no other alternative. The most important thing is that we believe in European values,” said Prime Minister Zaev.

After the meeting with Prime Minister Janev, Zaev left for a reception with the Bulgarian President Rumen Radev, and tonight, as he announced, at the unplanned joint dinner, the talks will continue in order to create an atmosphere for reaching a solution, META reports.

Earlier today, Zaev started the visit with a meeting with the President of GERB party and former Bulgarian Prime Minister Boyko Borissov.

Borissov said he assumed that the caretaker government of President Radev “will desert and the decision on the EU integration of North Macedonia will be left to the next regular government”. The next Bulgarian election is scheduled for 13 July, following the inconclusive poll at the beginning of April.

I assume the caretaker government of President Radev will desert & the decision on the EU integration of 🇲🇰will be left to the next regular government. Thank you @Zoran_Zaev for appreciating our efforts so far. If we don‘t find a solution, next generations will hate each other. pic.twitter.com/3JDa8xEnuf

Zaev and Borissov stressed that as a step towards building friendship and trust, the idea of ​​organizing a forum among young people, youth, and youth organizations from North Macedonia and Bulgaria to discuss the common future was a welcomed proposal and that it is one of the responsibilities of political leaders to seek solutions for young people and their future.

The Government of the Netherlands will support the adoption of the negotiating frameworks and holding of the first intergovernmental conferences with North Macedonia and Albania on 22 June.

This decision was supported by the Dutch Parliament on Thursday, meaning that the formerly sceptical Dutch Government will not be opposed to proceeding to the next stage of the accession process with North Macedonia and Albania.

“Green light from the Dutch Parliament! Albania has fulfilled the conditions and is ready to hold the first IGC. Very welcomed news and a well-deserved recognition of our reform deliverance”, tweeted Olta Xhaçka, Minister for Europe and Foreign Affairs of Albania.

Albin Kurti’s government falls, the next step is the appointment of a new candidate for prime minister