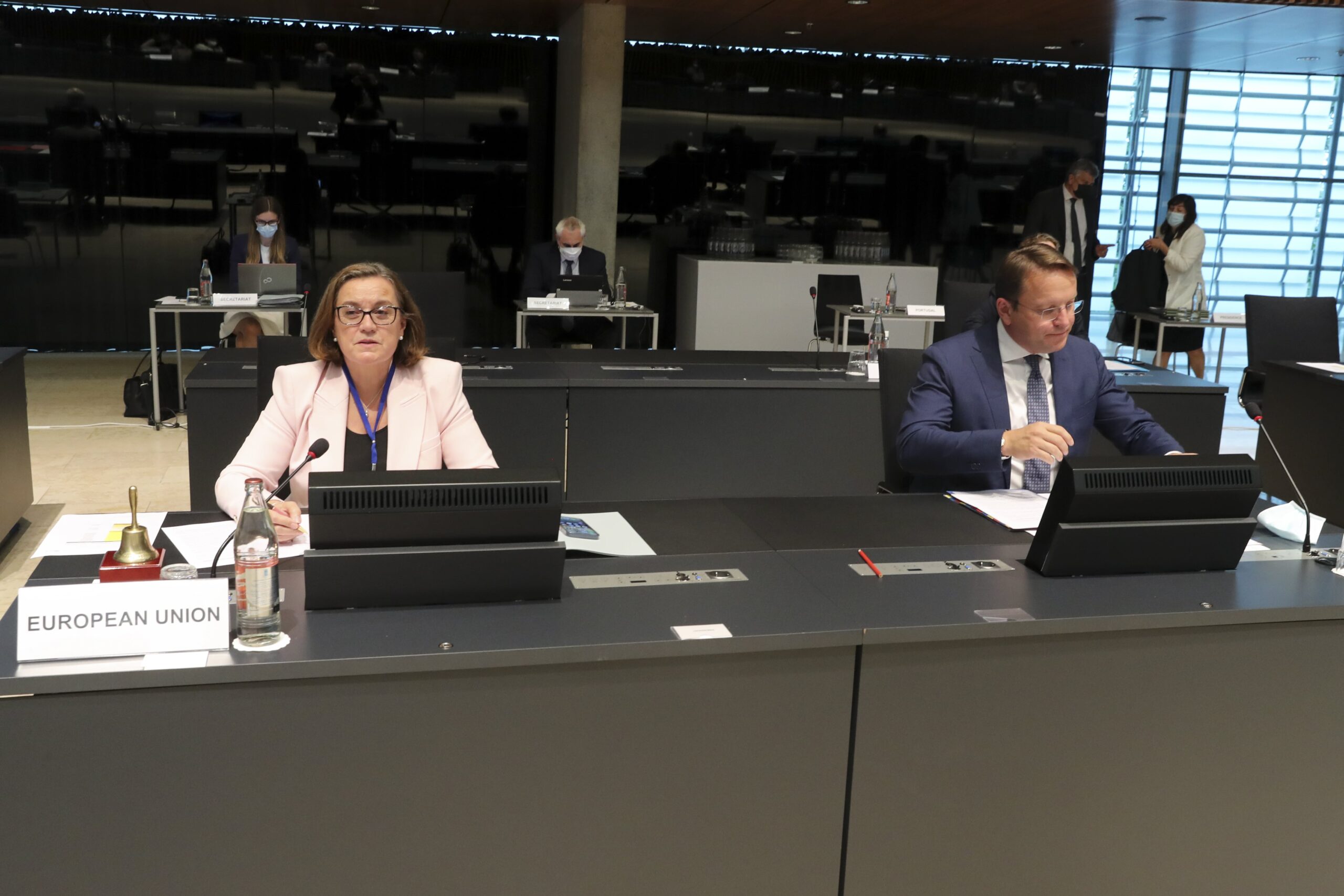 LUXEMBOURG – European Union held the thirteenth meeting of the Accession Conference with Montenegro, as well as the twelfth meeting with Serbia, late on Tuesday in Luxembourg. The meetings were the first to have taken place since the Council approved the revised enlargement methodology, which now also applies to the accession process of Montenegro and Serbia.

The European Union delegation was led by Ana Paula Zacarias, Secretary of State for European Affairs, on behalf of the Portuguese Presidency of the Council of the European Union. The Montenegrin and Serbian delegations were led by Prime Ministers Zdravko Krivokapić and Ana Brnabić, respectively.

Providing the accession process with a stronger political steer from the Intergovernmental Conferences is one of the key elements of the revised enlargement methodology. The meeting, therefore, served to strengthen the dialogue between the Member States and Montenegro and Serbia, with the aim of focusing efforts on key reforms that should allow for progress in the accession process, the press release reads.

The EU welcomed Montenegro’s efforts in this regard and noted that the advancement of the negotiations will continue to be guided by Montenegro’s progress in preparing for accession, as established in the Negotiation Framework, the press release reads.

The EU also welcomed Serbia’s ambition to open clusters 3 and 4 once all the conditions are met, and the efforts that Serbia has made in recent months in this regard. According to the advancement of the negotiations will continue to be guided by Serbia’s progress in preparing for accession, as established in the Negotiation Framework.

During the Conference, it was noted that Serbia had already opened cluster 1 – “Fundamentals” – given the fact that it had opened all five chapters within that cluster. It was reported earlier that 10 Member States were against opening new chapters with Serbia, due to an assessment of at least some of them of the lack of progress in the area of the rule of law.

Montenegro, on the other hand, has opened all of its negotiating chapters and will have to, according to the new methodology, fulfill the interim benchmarks in Chapters 23 and 24 in order to advance further in the accession process.