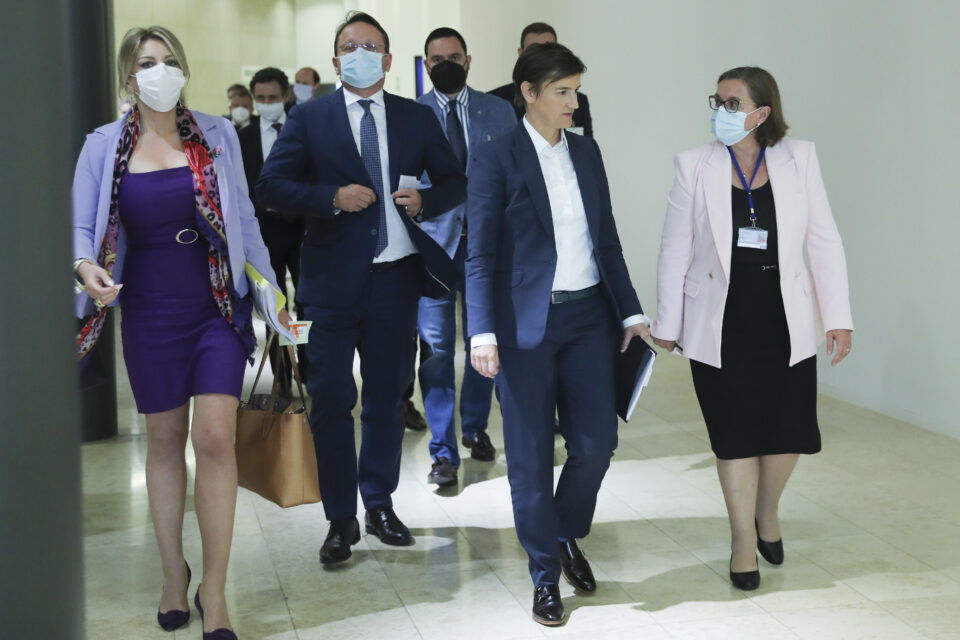 The first political Inter-Governmental Conference (IGC) between the EU Member States and Serbia took place on 22 June, marking the start of the application of the new enlargement methodology to the country. Even though the Government of Serbia had previously expressed clear ambition to open the remaining chapters within Clusters 3 and 4, there was no consensus to do so during the Portuguese Council Presidency. Whether the ICG provided a detailed assessment of the current state of reforms and what more needs to be done, especially in key areas of rule of law, remains unknown to the public.

Serbia has not opened a new negotiation chapter with the EU ever since 10 December 2019. The experts and, occasionally, EU government officials, have been linking the standstill with the lack of progress and even backsliding in the areas of rule of law and the state of democracy.

Since the election of the new Government in October 2020, and especially in the last couple of months, Serbia has taken some reform efforts in the rule of law, but their significance and impact on the existing problems remain disputed.

The new enlargement methodology, which Serbia accepted last year, could have resolved some of the disputes. It envisages political IGC as one of the tools for incentivising and steering reforms.

As the Commission put it in its proposal, “a stronger political steer and refocused IGCs will increase predictability, with clearer planning for the year ahead. The political actors in the countries will thus have a clearer indication of what must be done to move ahead”.

The Commission did not specify whether any detailed conclusions and the messages of the Inter-Governmental Conferences would be released to the public, but experts are already voicing their opinion that concrete information is necessary for the Conferences to achieve their goal. Srđan Majsotorović, Chairman of the Board of the European Policy Centre in Belgrade and member of BiEPAG, pointed this out in a tweet.

It is of utmost importance to hear more concrete info about what ‘needs to be done’ for the sake of 🇷🇸 citizens and their ability to hold their Gov accountable. #ImproveYourCommunicationsEU @BiEPAG @CEPBelgrade @ThinkforEurope @OsfSerbia https://t.co/CIlVMF21Gc

The public has been left guessing what the Member States actually expect of Serbia, based on the vague statements of EU officials, as well as comments of the Prime Minister of Serbia and Minister for European Integration, which largely push the narrative that Serbia has done most of its job and that there are no serious problems.

What the EU has said: Vague call for the continuation of reforms

In the press release of the Council of the EU following the Conference, it is reiterated that one of the key elements of the revised enlargement methodology is providing a stronger political steer via Inter-Governmental Conferences.

“The meeting therefore served to strengthen the dialogue between the Member States and Serbia, with the aim of focusing efforts on key reforms that should allow for progress in the accession process”, the statement reads.

However, it was not clarified where the focus of the EU currently is, especially given the criticism of the rule of law and the state of democracy in Serbia in recent years, which were also present in the most recent European Commission reports.

According to the press release, the EU welcomed Serbia’s ambition to open Clusters 3 and 4 once all the conditions are met, and the efforts that Serbia has made in recent months in this regard.

“The advancement of the negotiations will continue to be guided by Serbia’s progress in preparing for accession, as established in the Negotiation Framework”, the statement concluded.

In addition to the press release, EU’s current position on Serbia was communicated by Ana Paula Zacarias, Secretary of State for European Affairs, on behalf of the Portuguese Presidency, and Commissioner for Enlargement Olivér Várhelyi.

While Zacarias reiterated the message of the Council’s press release without going into further details, Commissioner Várhelyi said both that there had been progress in recent months, and that Serbia needs to deliver in order to advance further.

“We have seen that there is considerable progress in Serbia, be it the rule of law, be it Cluster 3 and Cluster 4 and I do hope this creates new momentum for all of us. We can move on during the Slovenian Presidency to dynamize the accession process for Serbia, but we also need Serbia to deliver”, Várhelyi said.

What the Serbian officials have said: “Praise for Serbia from most EU representatives”

In her initial statement following the Conference, Prime Minister Ana Brnabić vaguely acknowledged that there is more work to be done.

“Serbia has fulfilled everything that is expected of us and what is required of us for the opening of Cluster 3 and Cluster 4. We continue with our reforms, we continue with the focus on the rule of law. We have heard from a significant number of Member States that there are conditions for that and that they will provide support. It is up to us to finish our part of the job. I guaranteed that this kind of progress would continue”, Brnabić said.

In the days following the Conference, both the Prime Minister and Minister for European Integration Jadranka Joksimović put emphasis on the fact that significant results have been achieved and that, as they said, multiple Member States lauded Serbia’s results during the Inter-Governmental Conference.

Two days later, Brnabić’s statement that Serbia had implemented some reforms so quickly that the EU failed to register them before the IGC, grabbed the attention of the public.

“”I think that what we have done in the last few months, the EU has not seen yet, it has not witnessed that someone does so many things so quickly (which is why) it can’t say – you’ve done your job”, said Brnabić.

In the meantime, during her appearance on the public broadcaster RTS, Minister Joksimović said that the atmosphere at the Conference was good, that “no one criticized anyone”, and that most EU representatives had words of praise for Serbia.

“The atmosphere was good and constructive, we did not return dissatisfied, I think it is good that Commissioner Olivér Várhelyi and all member states stated that, according to the new methodology, Cluster 1, which is part of the rule of law and a criterion for everything else, has been opened”, said Joksimović.

The fact that the Conference formally confirmed that Cluster 1 has already been opened due to the fact that Serbia had opened all five chapters within it from 2015 to 2018 was highlighted multiple times as a success Prime Minister Brnabić and Minister Joksimović.

Minić: Neither Serbia nor the EU can take credit for good public communication

Commenting on the Inter-Governmental Conference for European Western Balkans, President of the European Movement in Serbia Jelica Minić says that providing good information is the most important part of public affairs, and that, in this case, neither Serbia nor the EU can take credit for it.

“The Conference was an informative one, and we (the public) have no insight into the questions raised and the answers to them. An analysis of their content would be very useful in making a proper assessment of the results of the Conference. If only the new enlargement methodology was the main topic, the “box” itself was discussed, but its content remained empty”, Minić stresses.

She says that the impression of the Conference was rather gloomy, with the statements of the Prime Minister that Serbia has opened the first Cluster, in which all chapters had already been opened.

“What has already been achieved had not been disputed. However, neither side has publicly said that the problem is in fulfilling the Interim Benchmarks of the already open chapters. And that’s actually the reason why new clusters haven’t been opened”, Minić stresses.

She concludes that in general, none of the Western Balkan candidate countries has made progress in the accession process, and, as the process is bilateral, the EU has no reason to be satisfied either. The Inter-Governmental Conference with Serbia took place the same day as the EU once again failed to adopt Negotiating Frameworks with Albania and North Macedonia.

The dispute over the rule of law reforms in Serbia

The fact that Serbia has recently been making efforts in the area of the rule of law and political criteria for membership, which are, according to the new methodology, even more closely related to the overall progress, has not been disputed, but rather the impact and selectiveness of these reforms.

In a new report released by the Centre for Contemporary politics, most of the reform activities were assessed as formal and procedural, and many are still be in the phase of implementation. Among the most important reform steps in the past eight months is the initiative to change the Constitution and several laws, as well as the establishment of working groups for electoral conditions and the drafting of various strategic documents. Some of them, such as the change of the Constitution, remain controversial in the eyes of the experts.

The report, which analysed the Government’s performance from October 2020 to June 2021, added that there are serious problems that remain unresolved, including the lack of progress in improving the election conditions when it comes to key problems – media imbalance, pressure on voters and abuse of public office.

Problems of attacks on journalists and judges, as well as the capture of the media, were also emphasised in the report, which was based on the assessments of the multiple civil society organisations.

Whether any of these issues were raised during the Inter-Governmental Conference and whether resolving the problems in these areas were marked as a priority in the coming months, has not been shared with the public.

Von der Leyen: Next high-level meeting of the Dialogue to take place as soon as possible

What to expect from the new government in Montenegro: cosmetic or real change?