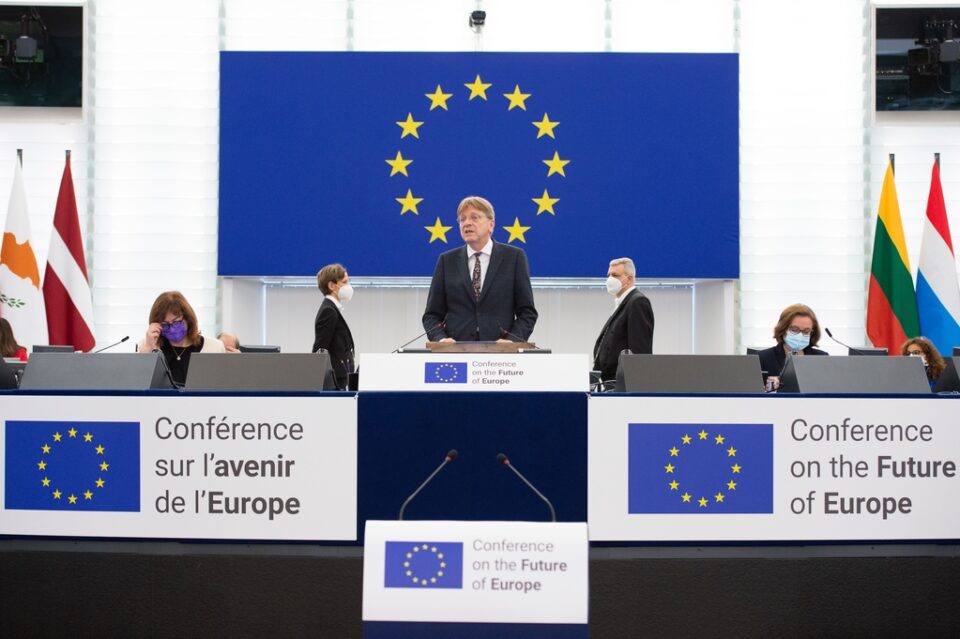 OHRID / PRESPA – Panel discussion “What can we do for the EU? Western Balkans contribution the Conference on the Future of Europe – Voices from the region” will be held this week at the Prespa Forum Dialogue, a Conference organised by the Government of North Macedonia.

The panel will take place on Friday, 2 July, from 8:30 to 10. It will be the first in a series of public and civic contributions from the region to the Conference on the Future of Europe, which was kicked off in May this year. It is organised by Institute for Democracy Societas Civilis from Skopje in cooperation with the German Council on Foreign Relations and European External Action Service (EEAS) StratCom Western Balkans Task Force.

The panel will tackle the questions of how much the Western Balkan citizens and institutions are interested in and are following the debate on the Future of Europe, what could be their contribution in shaping the Union’s future policies and ambitions, and is the Conference on the Future of Europe ready to listen and to take into consideration the expectations of the Western Balkans from the family they want to join.

According to the announcement, the discussion will, among other topics, focus on the diversification of the European supply chain and the green energy transition. Following the panel, the organisers will upload the report and its key recommendations on the platform of the Conference on the Future of Europe.

The voice of the region for #CoFoE starts from #PFD2021, where we’ll provide answers to the question: As future members of 🇪🇺 what can we do for the #EU?

Ten participants of the panel have been announced, among others Angelina Eichhorst, Managing Director for Western Europe, Western Balkans, Turkey, and the United Kingdom at EEAS, MEP Tanja Fajon, Jacques Maire, member of the French National Assembly, Jasna Jelišić, Head of Western Balkans Task Force at EEAS and Aleksandara Tomanić, Executive Director of the European Fund for the Balkans. They will be joined by the representatives of the organisers and civil society from the region.

The Conference of the Future of Europe was launched this year by the European Parliament, the Council and the European Commission, who have committed to listen to European citizens and to follow up, within their sphere of competences, on the recommendations made. The Conference is decentralized, with European, national, regional and local authorities, as well as civil society and other organisations invited to organise events and contribute ideas throughout the second half of 2021 and the first half of 2022.

The Conference focuses on nine topics, including EU in the world, European democracy, Values and rights, rule of law, security, Migration, Climate change and the environment and Health. Other topics may be proposed.

By spring 2022, the Conference is expected to reach conclusions and provide guidance on the future of Europe.

European Western Balkans is a strategic media partner of the panel.

Kosovo’s new political leadership and the dialogue with Serbia: The battle between the little ram and the big fish

Turkey playing on the card of Islam in Albania?