The article was originally published by Politikon Network

“The world is full of willing people. Some willing to work, the rest willing to let them”. Robert Frost

Delivering in all of the areas within the Montenegrin European accession process, including the cross-cutting rule of law, equally depends on civil servants and state employees as it does on politicians and public officials. A 30 year-long ruling of the Democratic Party of Socialist left the administration overwhelmed with numerous “willing to let them” employees whose contracts were the result of the electoral trade-off formula “One employee = four votes”.

Even with the strongest political will not to continue such practice, it is going to take many years to lawfully filter out these employees from the administration. This is one of the reasons why Montenegro joining the European Union until 2024 remains only the Prime Minister’s wishful thinking.

We are slowly reaching that point of negotiations when the success will mostly depend on the hard-working woman and man, dedicated to delivering better services to their citizens. But these hard-working man and woman will soon no longer be politicians, not even public official, but managers and civil servants, especially those who have direct contact with the citizens or deliver public policies which directly impact our lives.

We are here talking about that person on the counter helping us get the driving licence, police officer, our children’s teacher, our doctor, the architect designing the new park for our neighbourhood, judges and prosecutors delivering justice etc. They are all part of the system, and therefore, part of the picture whether the system treats us all the same. That picture is often called The Rule of Law.

Unfortunately, these people currently also include those who are employed, but aren’t working; who are getting paid, but aren’t earning; who spend their days at the office doing nothing simply because it costs too much to dismiss them.

Assuming that the Democratic Party of Socialists doesn’t regain power and the current (or other) Government maintains, differentiating those willing to work and those willing to let them within the administration will take quite a lot of time. Previous Government(s) ensured it by weakening and ignoring the existing mechanisms for determining accountability for not delivering and by decisively refusing to introduce the new, better ones. The status que must not remain.

Customers’ satisfaction (where relevant) is not being taken into account. (SIGMA, 2019: The tendency of supervisors to give the maximum scores has become more pronounced). Promotion and professional fluctuation of employees is rare and slow (EC, 2020: Montenegro still needs to introduce an adequate and attractive remuneration system for civil servants and state employees, based on clear, fair and transparent criteria).

The system is too protective of its employees and that makes them lazy and non-competitive. No sticks, no carrots. The theory of change and the path towards the better life, the rule of law (and eventually the EU), implies the change of those people as well. This could mean changing theminto hard-working employees or replacing them with someone better and willing to work.

Dismissing and/or replacing them unlawfully, however, without previously strengthening the above-mentioned mechanisms and without developing a performance assessment system based on clear criteria, would cost a lot of money and this is not a sustainable solution. Also, it would be interpreted as a politically instructed act, rather than a part of the optimisation process.

Therefore, the Government must immediately start working on systematically building better tools which would make the performance evaluation of the administration’s employees substantial, fair, efficient and effective.

Kosovo’s new political leadership and the dialogue with Serbia: The battle between the little ram and the big fish

Thaçi not willing to negotiate in a dialogue facilitated by Lajčák 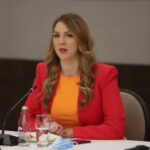 Ana Đurnić public policy researcher at Institute Alternative, think tank from Podgorica, Montenegro. She is primarily responsible for project coordination and research in the Public Finance Management – Public Procurement, accountability and preventive part of fight against corruption. She is closely monitoring the work of the Montenegrin Agency for Prevention of Corruption.