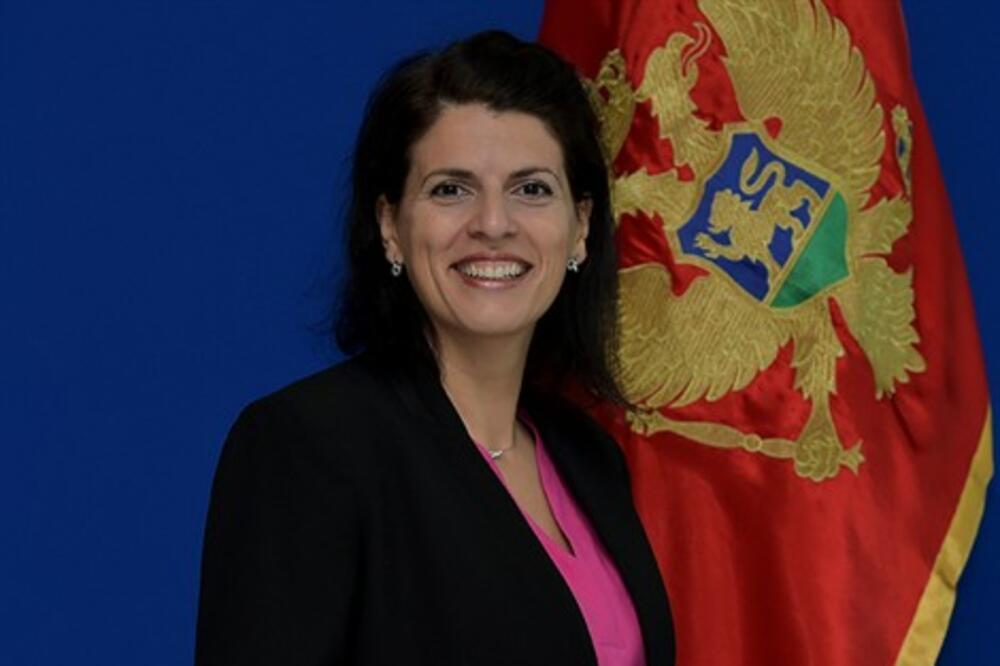 [EWB Interview] Kordić: Montenegrin society can overcome the challenges and become the next EU member

The EU welcomed Montenegro’s efforts during the Intergovernmental Conference in Luxembourg last month and noted that the advancement of the negotiations will continue to be guided by Montenegro’s progress in preparing for accession, as established in the Negotiation Framework. Montenegro has opened all of its negotiating chapters and will have to, according to the new methodology, fulfill the interim benchmarks in Chapters 23 and 24 to advance further in the accession process.

What are the next steps for Montenegro? What can we expect from implementing the new methodology in Montenegro in the future? How do political instabilities in the country affect the EU accession process?  We spoke with Montenegro’s Chief Negotiator with the EU, Zorka Kordić.

Zorka Kordić: First of all, because of its citizens, Montenegro is determined to achieve substantial democratization of society through reform.  The principle that the focus on the interim benchmarks in Chapters 23 and 24 is an explicit criterion set out in the new methodology, but it is not new to us, because this approach – the need for balance in reforming the rule of law and progress in all other chapters – was already defined in the 2012 Negotiating Framework with the EU.

Substantial reforms in the field of the rule of law are the absolute priority of this Government, which coincides with the remaining obligations in Chapters 23 and 24. In 2013, 83 interim benchmarks were set for these complex areas, which were largely fulfilled, but we need the clearest possible roadmap from the European Commission on the remaining priorities. Therefore, we are determined that, in addition to the new dynamic plans that will make up our roadmap, we are working with the European Commission on a framework for assessing their fulfilment, i.e. the nuance of priority activities in those areas that are not easy to quantify.

This will be the activities of the negotiating structure in the coming months, together with the fulfillment of obligations from the Program of Accession of Montenegro to the EU for 2021.

Another challenge for setting a timeframe for obtaining final benchmarks is the fact that, in line with the resulting new methodology and high-level political dialogue, we expect greater participation by Member States in assessing the fulfillment of interim benchmarks.

However, the most important thing is to focus all efforts on affirming the dialogue necessary for a political agreement on the appointment of leading positions in the judiciary, and in operational terms further building the balance of results in the fight against corruption and organized crime, improving the environment for professionalization and freedom of media.

ZK: First of all, I would like to point out that this first political Intergovernmental Conference was the most significant event in our process for this semester and also the most important event in the EU enlargement policy during the Portuguese Presidency.

For the first time, Montenegro, as an equal in the political debate with the EU Member States, was given the opportunity to present its position of clear geopolitical orientation and full harmonization with the Common Foreign and Security Policy of the EU. In the context of the application of the new revised methodology, we requested that this be a mandatory item of any future intergovernmental conference.

Another clear indicator of our geopolitical orientation is the commitment to achieve strong effects in the rule of law, because we share the same value system with the EU. Certainly, I would like to clarify that, bearing in mind that we are the only candidate country that has all chapters of the negotiations open, the thematic division into clusters for Montenegro is not applicable.

However, for the implementation of the new methodology, two things are important for us: full harmonization of our foreign policy with the Common Foreign and Security Policy of the EU in terms of stronger political governance and early integration measures, i.e the possibility for Montenegro to identify some EU programs and initiatives in which we will try to participate even before full membership in the EU.

EWB: Montenegro has recently adopted Prosecutorial Laws, which is, among other things, part of its obligations on the road to the EU. Are they adopted in full compliance with European standards? Were they discussed at the Intergovernmental Conference?

ZK: When it comes to the so-called Prosecutorial laws, the Venice Commission suggested certain solutions in a balanced way, with very graded recommendations. The most important part of this process was the intensive consultation with the Venice Commission team, during which amendments to one of the two laws from the “Prosecutorial Laws” package were completely abandoned, while the other law focused on the composition and modalities of the Prosecutorial Council.

A significant part of the recommendations of the Venice Commission in this direction has been fully adopted, while a part has been partially addressed.

What follows in the coming period is to implement the current solution in the best way and open space for gradual addressing and other recommendations of the Venice Commission. Of course, the rule of law was one of the key components of Montenegro’s position during the Intergovernmental Conference in Luxembourg. It was clearly stated that the Government will encourage a broad and inclusive dialogue and consultations with representatives of the Assembly on all issues requiring a two-thirds or three-fifths majority, and that further dialogue and synergy work of all three branches of government will be reflected in consistent implementation of legislation. framework and gradual, phased addressing of all European and international standards and recommendations.

EWB: We have just passed the ninth anniversary of Montenegro’s negotiations with the EU. How do you assess the results so far and could Montenegro have made more progress towards the EU?

ZK: From a foreign policy perspective, the EU enlargement process itself has become more complex as the number of EU members deciding on the accession of new members is far higher than in the last major wave of 2004 enlargement. Also, the EU itself has faced crises – the migration crisis, Brexit, the economic crisis due to COVID, the rise of populist aspirations, all this has affected the reservations about EU enlargement in a broader sense. Also, issues of media freedom and building a balance of results in the fight against corruption and organized crime are long-standing priorities that have yet to be substantially addressed.

I believe that the systematic investment in human resources in all ministries, especially when it comes to the preparation of projects for the use of IPA funds, should have been stronger, in order to make the most of EU funds.

From the perspective of the Office for European Integration, a lot of work has been done over the past six months and the recent Intergovernmental Conference was the crown of half a year of work. In parallel with the completion of the negotiating structure, we had preparations for the intergovernmental conference and the position of Montenegro, analysis of adjustment to the new methodology, adjustment of Montenegro’s EU Accession Program, the Government’s work program, preparation of annexes for EC annual report, daily communication with member states all current daily commitments from our European agenda.

EWB: Do the political instabilities in the country affect the accession process and the implementation of necessary reforms?

ZK: EU membership is a strategic foreign policy commitment of this Government, which is primarily based on the strong, two-thirds support of our citizens and their desire for Montenegro to be part of the European family.

The government is determined to implement all necessary reforms and prepare Montenegro to be the next EU member state. In this regard, the Government is committed to transposing all the acquis into national legislation by the end of its mandate and to ensure that it is adequately implemented.

Montenegro is a young country that, through the process of European integration, is transforming and learning about the democracy of developed countries. What is important is that there is a consensus in society on the issue of our geostrategic affiliation, and that is EU membership. Of course, it is important on that path, and the EU expects us to do the same, to strengthen the political dialogue, and through it, we strongly demonstrate a clear political will for essential reforms in everything, especially in the area of the rule of law.

I believe that Montenegrin society can do that and that we will be able to overcome all the challenges along the way and really become the next EU member.

Is the EU enlargement process “going the route of Titanic”?

The Visegrad Group & the Western Balkans: Enhanced cooperation towards a common...

Stoltenberg in Tirana and Skopje: NATO is building a better future for...