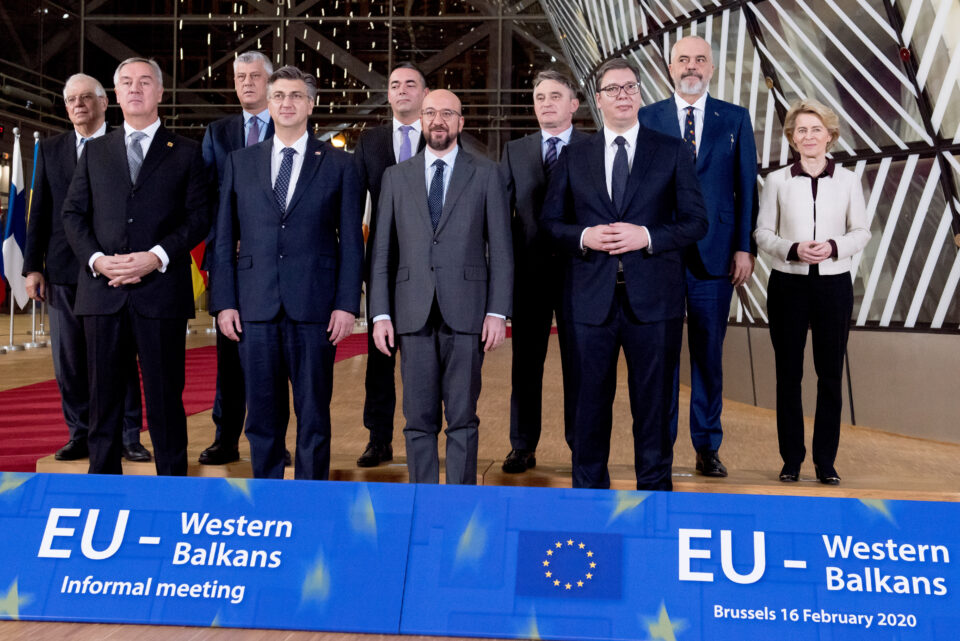 WESTERN  BALKANS – The EU should revisit the request from the region made ten years ago and think of ways to improve pre-accession support making it more efficient and development-oriented – is one of the conclusions in the new policy brief “Bouncing back: Completing the EU unification process”, published by Balkan Advisory Groupe (BiEPAG).

This brief aims to assist EU decision-makers to return to the spirit of accession, and the transformational potential of the enlargement process to give the European Commission the necessary political support to carry on with the process.

BiEPAG experts stressed that with other global players on Europe’s doorstep looking to make their own gains in the region, the EU needs a convincing path for the Western Balkan countries and their accession to the EU.

“Considering where the countries of the Western Balkans were four or five years ago and where they are today, the reality is that there is no significant obvious move forward for the integration of this region into the EU. The last successful accession was in 2103 – now eight years ago”, the authors wrote.

According to this policy brief, the current EU accession process does not produce positive results and the question is whether, even with the new methodology, it ever will.

The authors underlined that the lack of genuine and honest political will from some EU Member States and lack of strategic vision to integrate the Western Balkans and the Union that now spans the European continent creates uncertainty the diminishes the credibility of EU and desire in the WB to join the EU.

“The uncertainty created in the past years is best reflected in the latest EFB/BiEPAG survey which shows a rather skeptical attitude of the citizens in the region when asked about the timeline of the EU accession process”, the paper added.

Authors stressed that the Western Balkan countries are future members of the EU, so they need to approach assessing their level of alignment and success in implementing EU rules and regulations.

How to move forward?

In the latest policy brief, BiEPAG experts gave some recommendations on how to move forward in the process of the EU integration of the Western Balkan countries.

The production of a clear tailor-made accession partnership roadmap for each of the Western Balkans countries is one of them.

The authors stressed that the current EU accession process with the countries of the Western Balkans is not producing results that will democratize their societies and increase socio-economic convergence between the region and the EU.

“The integration of Western Balkan countries into existing EU mechanisms such as the EU Justice Scoreboard, the new Rule of law Report and the European Semester framework”, says the second recommendation from BiEPAG experts.

They recommended an increase in the EU’s absorption capacity by diversifying the portfolios in which the Western Balkan countries are dealt with at the European level and not focusing only on DG NEAR.

Policy brief recalled that the Western Balkans is the most socio-economically underdeveloped part of the future EU.

“The Commission’s Western Balkans Economic and Investment Plan (EIP) is a positive attempt and an indication of the EU’s readiness to assist the economic recovery of the countries in the region and support their green and digital transition. However, it has become obvious that weak economies in the region will struggle to achieve socio-economic convergence without more substantial EU support”, the authors said.

They recommended a substantial increase of funds channelled to the Western Balkans in environment, energy, transport infrastructure where citizens of the region will see the concrete benefits of accession.

They called in full alignment of the Instrument for pre-accession assistance rules and procedures with the EU Structural Funds model.

[EWB Interview] Fleckenstein: People should not have a feeling that the enlargement is a never-ending story