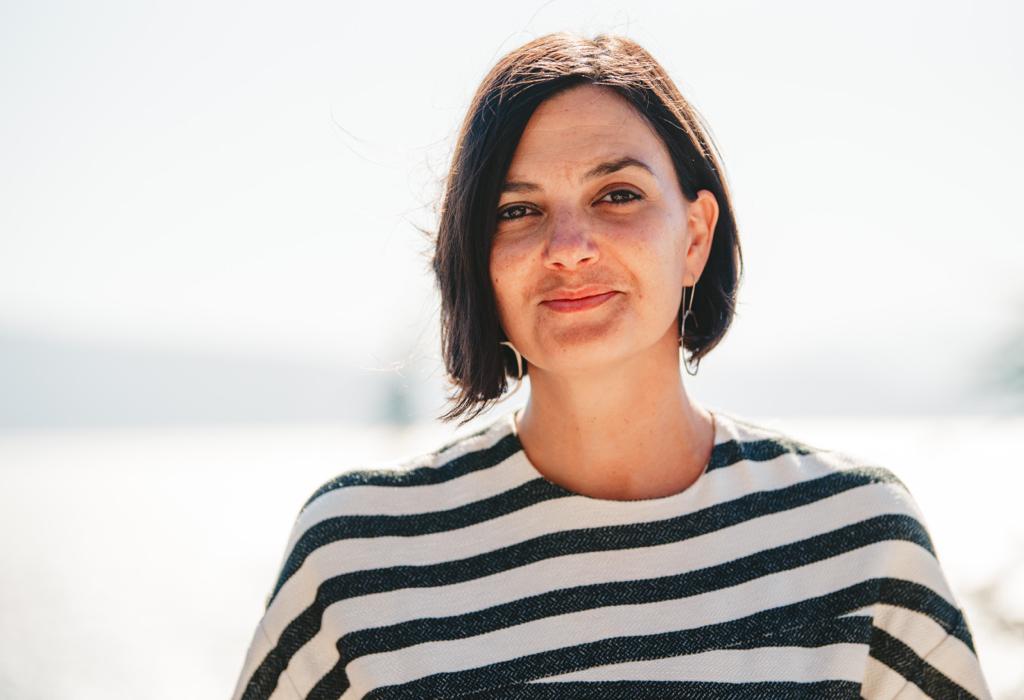 Disappointment and disillusionment – this is how the State Secretary for European Affairs of North Macedonia Kalinka Gaber describes the consequences of the newest delay of holding the first Inter-Governmental Conference (IGC) with the country, due to the Bulgarian veto. As a person responsible for the administrative part of the integration process, she also commented on the effects this delay has on the reform process in an interview for our portal.

European Western Balkans spoke about the aftermath of the veto and the next steps for North Macedonia with State Secretary Gaber, on the margins of the Prespa Forum Dialogue, held on 1 and 2 July. Ms Gaber also talked about these issues at the Civil Society & Think Tank Forum organised on 5 July in the context of the annual Berlin Process Summit.

European Western Balkans: Obviously, one of the main topics today and in the last few days has been the Bulgarian veto to the European path of North Macedonia. How are these continuous delays affecting the reform process?

Kalinka Gaber: They aren’t affecting it greatly, but they are delaying it, because the reform process follows a pre-defined agenda. We have a National Programme for the Adoption of the Acquis, the final revision of which was adopted at the last Government session. But with this delay comes the great disillusionment, disappointment on the part not only of society in general, but especially on the part of the administration. You must consider that not only the country has been in the waiting room for so long, but the administration as well. So, we’ve seen that motivation grows as the perspective of change, of getting nearer to the different hurdles is there. But now, again, I would say that it will not affect the agenda, but it will unavoidably forestall it or delay it.

EWB: You’ve mentioned the public disillusionment, do you expect this non-decision to decrease the support for accession in North Macedonia?

KG: Just a little side-note, this is not a “non-decision”, this is a veto. Because there were other non-decisions in the past, when the Council could not reach an unanimous decision. What happened now is that we had 26 countries that are openly and very vocally pushing for not only opening accession negotiations, but just completing the process a process that started last year when the decision was adopted.

The veto has affected the public opinion, unfortunately. Support for the EU in the country has always been above 75%. Recent polls which were just published by the Balkan Barometer say it has dropped to 58% and what is worrying me much more is that support has considerably dropped among the young population.

EWB: We have heard today (1 July) on multiple occasions that Slovenian Presidency will try to solve this issue. We had the efforts of Portuguese Presidency to solve it as well. Do you expect the dispute to be resolved soon?

KG: You need to understand one thing – Germany, Portugal and Slovenia are the trio. So, whenever the trio programme was conceived, further enlargement was put high on their agenda of priorities. The process started with Germany, they did their best, they did not succeed, then the dossier passed to the Portuguese Presidency. They did not succeed but they did table a proposal which we find to be a good basis for furthering the talks with Bulgaria and something based on which common solution can be found so that we can de-block this process.

Slovenia is a traditional supporter of enlargement to the Western Balknas, they are traditional friends of North Macedonia. We just heard upon the presentation of their Presidency and that they will continue working and I really hope that with their assistance and a greater engagement from other partners we can finally put this behind us and start this long-awaited process.

EWB: You’ve mentioned these efforts of Germany and Portugal. We also saw that the United States voiced its support for holding the first IGC with North Macedonia and Albania. Do you think that the political pressure on Bulgaria to reach some kind of compromise could have been higher in the past year?

KG: I wouldn’t go into weighing how strong the pressure was. What I think that we should draw from this is that the Macedonian file made it clear that enlargement is back on the agenda, which is really important for the entire region, and that there is almost a consensus that without wrapping up this process with the Western Balkan Six, Europe will not be completed. That’s also how I read the re-engagement of the Biden administration. They’ve not only been vocal about the start of accession talks with North Macedonia, but they’ve also promulgated a number of documents, orders which say that this part of the world is really important for geopolitical and geostrategic reasons and I think that even our friends in Bulgaria, once the new government is formed, will agree that it is high time to close this issue. Mind you, I’m not talking about closing the issue and discussions that we need to continue having with Bulgaria, because those are the issues that cannot be solved overnight, but closing the issue of the official start of the accession talks.

EWB: So, once the Negotiating Framework is finally adopted and the Inter-Governmental Conference held, which clusters of chapters are you going to focus on? Are there any priorities currently?

KG: Well, the new methodology sets up a pretty clear structure of how the process should be pursued, so of course, as the process that started off with Croatia and then was implemented with Serbia and Montenegro, we start with the fundamentals, but it’s not only Chapters 23 and 24, it is also the functioning of democratic institutions, the reform of the public administration and economic criteria, complemented by anti-corruption policies which is Chapters 5 (procurement) and Chapter 32, which is financial control. So, this is a must. We need to prepare our action plans, which are an opening benchmark. And then only once we sufficiently consider and implement what has been stated in the action plans can we move on to opening other Chapters. As I said before, we have been in this process for a very long time, so we have a percentage of alignment to the acquis which is comparable to Montenegro and Serbia, who have been negotiating for a number of years, almost a decade.

So, if I needed to choose which one, I wouldn’t really like to put my finger on it, but we are very good with alignment and implementation in Chapter 29, which is the customs union, Chapters 18, which is statistics, chapters which refer to the agricultural policy, phytosanitary policy. So, this will be the negotiating tactics that we apply. We will need to measure and see what is more convenient for us, and in order to start with that, we will need to start with the process.

EWB: One of the topics of this year’s Prespa Forum Dialogue is the involvement of the Western Balkans in the Conference on the Future of Europe. How do you assess the level of capacity of Western Balkans societies and governments and civil society to get involved in this process? Do you think they can contribute to the discussion?

KG: Unfortunately, it is not up to us. Our official position and the position that has regularly been voiced by the civil society, in North Macedonia at least, is that it is absurd to talk about the future of Europe if you do not include the Western Balkans in those deliberations. So, if the EU really wants to stay true to its declared ambition of integrating the Western Balkans and enlarging, though I am more inclined to use the word “completing” this project, then it goes without saying that the Western Balkan countries should be included.

I think that we can contribute a lot. At least from where I sit, and from North Macedonia, over the past three-four years we’ve demonstrated at times a much more European behaviour than some of the EU Member States and dealt with not only painful reforms but also closing very specific, painful and long-lasting bilateral issues in a very constructive way, so I think that this is something that we can contribute to the table at a critical juncture where EU discusses how to move forward and what its vision in the next 20-30 or more years is.