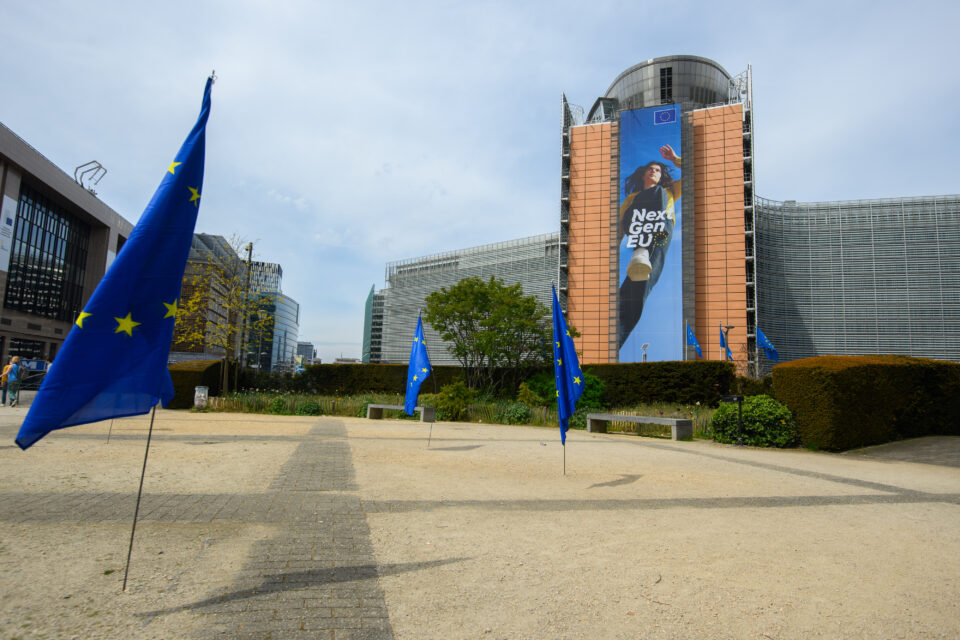 The enlargement process is dangerously in a state of impasse, leaving the Western Balkans and EU alike disappointed and dissatisfied, says the latest discussion paper  “The Enlargement Impasse and the necessity for its Transformation”, published by Think for Europe Network (TEN) and Centre for European Policy Studies (CEPS).

In this paper, researchers advocate a new dynamic of phased membership in the EU, with ideas for progressive functional and institutional integration based on an objective and quantified monitoring methodology.

According to the discussion paper, it is evident that no one is happy with the current status quo in the Western Balkans.

“The present state of the enlargement process brings only limited benefits both to the region and the EU, with manifest dissatisfaction among the local populations in the region. Since the countries of the region are unlikely to make a sudden leap in terms of socio-economic convergence on the EU average and fully-fledged accession as member states, it is vital to work out better how the Western Balkans could progressively and conditionally access the rights and benefits of EU membership”, authors states.

One of the authors, Michael Emerson, Associate Senior Research Fellow, Centre for European Policy Studies (CEPS) assesses for EWB that the current situation when it comes to EU enlargement is an impasse.

“The EU’s adapted methodology of 2020 for “Enhancing the accession process” for the opening and closing of chapters has done nothing to help. The political opposition to further enlargement in some member states seems quite deep, for example in the Netherlands. The current politics of Hungary, Poland, Slovenia and Bulgaria make other member states increasingly apprehensive about further enlargement. These politics can change, and Donald Tusk has just this week shown the way for Poland”, said Emerson.

According to him, these political realities on the EU side are observed in the Western Balkans, undermining the credibility of the EU’s officially “unshakeable” commitment to the enlargement.

“This opens the door for Russian and increasingly Chinese influence, first of all in Serbia. But we also notice how Montenegro was willing to accept a gigantic (for it) Chinese loan for a highway project deemed economically unviable by the European Investment Bank, and now suffers the consequences of an unbearable debt burden”, said Emerson.

The short paper of the TEN with CEPS proposes building on the current system but adapting it crucially to get the applicant states onto a satisfactory dynamic path. The incentives for policy reform have to be re-established, and the institutional arrangements have to accommodate the EU’s most justified concerns.

He stressed that these think-thanks advocate a concept and method for ‘phased membership’, with continuous, conditional and progressive integration in EU policies and institutions.

“This would cover, first, both functional and sectoral integration with EU policies, including those now under rapid development such as the Green Deal and digital and cyber domains. Second, it would cover step by step participation in the institutions. In some cases, notably the Council, it would for some time only involve structured policy dialogue. In others, there could be observer and fuller participation, such as for the Parliament and the consultative bodies. Third, there should be a progressive and conditional build-up of access to structural funds”, adds Emerson.

According to him, finally and crucially, there should be a far more rigorous monitoring mechanism, with systematic and quantified ratings of the performance of the applicant states for all the ‘chapters’.

The discussion paper says that most of the rule of law benchmarks tends to be quite general, often lacking specificity and adaptation to context, which creates difficulties in measuring results. The authors recall that one of the key reasons why the revised methodology was launched in the first place was because member states have a lack of trust in the European Commission’s assessments – which are often seen as too technocratic while lacking quantifiable assessments.

The authors stress that civil society in the region has frequently warned that the existing rule-of-law negotiation framework was ineffective when it came to tackling the deeper issues of state capture and democratic backsliding in the Western Balkans.

Milena Lazarević, Programme Director of Centre for European Policy (CEP) says for European Western Balkans that even the revised methodology, the European Commission has failed to deliver clarity on some of these problems, including on how existing measurements of progress and preparedness will be modified to better monitor and assess the process.

“How this issue is resolved is of crucial importance. Without introducing improved monitoring and assessment mechanisms, it is unrealistic to expect any significant changes or a transformative effect of the revised methodology. That is why TEN and CEPS advocate a more detailed, quantified, and consistent assessment methodology, that would allow the Commission to make evidence-based and well-informed decisions on whether or not to recommend to EU member states to advance the integration of the countries from the region. If the same methodology is endorsed by member states, the Commission’s assessments would gain legitimacy and become more credible in the eyes of member states”, Lazarević explains.

On the question could the Slovenian presidency bring a new dynamic for enlargement in the next 6 months, Lazarević says that TEN and CEPS have chosen this moment to publish their joint statement on the necessity to break the enlargement impasse and transform the process as they have recognised that the Slovenian presidency will indeed strongly prioritise the WB in the upcoming six months.

“What further builds up the momentum to advocate for changes is the fact that the Conference on the Future of Europe is ongoing and that Slovenia will act as one of the key interlocutors during this process. Considering this favourable setting, we strongly believe that we shouldn’t miss out on the opportunity to send a strong message to the EU that there is still room to reinvigorate the process” underlines Lazarević.

She says that at the same time, their proposals require additional deliberation and in-depth development, through expert inputs and with regular feedback from EU institutions and EU member states.

“We also hope that the Western Balkan governments will voice their opinions on the proposals and constructively contribute to their shaping, as only by having both the EU and the region fully on board can the real changes take place. With that said, Slovenian presidency can indeed bring a new dynamic in the next six months”, Lazaervić concluded.

[EWB Interview] Tomanić: Challenges of the EU would be impossible to solve without the WB inclusion