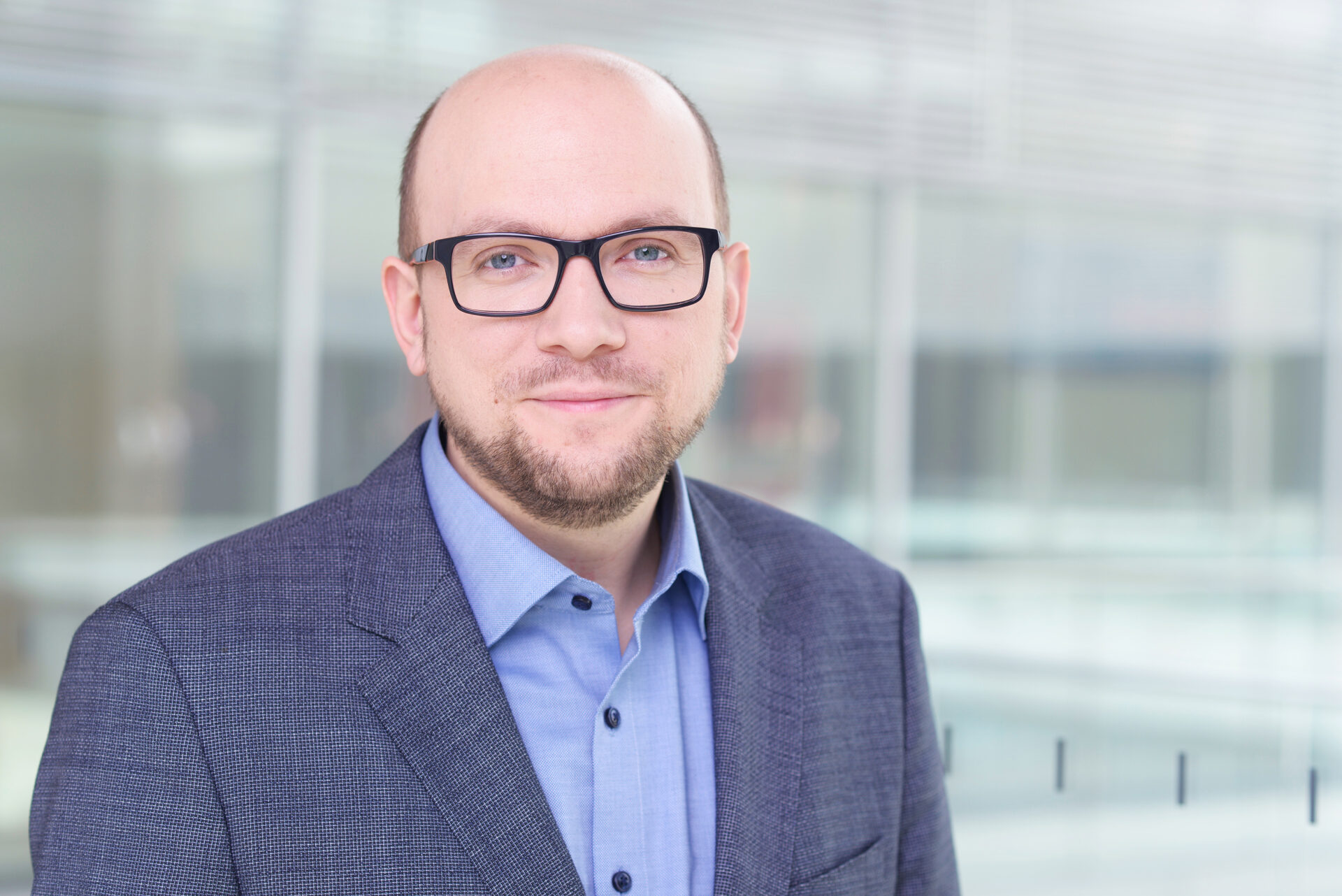 Several ideas of the Western Balkan civil society made during this year’s Civil Society Forum are already being taken up, says Manuel Sarrazin, member of Bundestag for the Alliance 90/The Greens and the President of the Southeast Europe Association. This organisation, together with Aspen Institute Germany, organised the Civil Society & Think Tank Forum, whose second part took place at the same time as the Berlin Process Summit on 5 July.

In addition to the issues related to the Western Balkan civil society and the legacy of the Berlin Process, we discussed the state of enlargement and other potentially worrying trends in the region with Mr Sarrazin.

Manuel Sarrazin: Citizens in a democracy have the right and duty to hold their government accountable. Voters can look at what governments have promised before the elections and whether they have fulfilled these promises or can consider the general state of their country when they decided whether or not to vote a government out. This mechanism is crucial in every democracy, but to make it work it takes citizens and voters who are both well informed and who have the self-confidence to make their voices heard on election day.

Some politicians, especially those with poor performances, try to find an easy way out by stirring up hate against neighbouring countries, domestic minorities, or alleged external influences on their country. They use smoke grenades to hide their poor performance, their own corruption, and the neglect of their duties as political leaders.

Civil Society has a crucial role in the Western Balkans to help citizens holding their politicians accountable. They provide information citizens cannot find in the media which are often politicized by different interest groups. They collect data to make the effects of poor public policies visible. And they can help citizens to engage to achieve political change in the areas where they desire this change. As civil society activists underlined themselves in the recommendations from this year’s Civil Society Forum, they must focus even more on the region’s citizens as their targets for information on important issues. We often only talk about the behaviour of governments, but changes also comes from below, from the citizens.

EWB: Do you think that the EU is currently doing enough to support the civil society organisations in the Western Balkans, which are occasionally facing pressures from their governments?

MS: The EU and its governments can always do more. I think it is in general a good sign that the participation of civil society is deeply entrenched in the DNA of the Berlin Process. This year’s Civil Society Forum was also a success because the recommendations from organisations from the region could be discussed not only with politicians, but also with people from the ministries who are usually responsible for working out the policy documents. After Monday’s summit, I have heard several ideas taken up from civil society’s recommendations, like including civil society into the monitoring of large externally financed projects. Such ideas now need to be ambitiously implemented. Civil society can be an important partner of the EU in the region, and there are still many areas to explore where more cooperation is possible.

EWB: You have also been vocal recently about the need to oppose the ideas of border changes in the region, proposed by several “non-papers”. Why do you think these ideas have emerged? Is it a sign of insufficient success in achieving reconciliation and respect for European values in the Western Balkans?

MS: From my point of view these ideas are discussed for different reasons. On the one hand, some actors are constantly trying to push the boundaries of what issues can be discussed a little further. They want to push their nationalist agenda by placing such ideas in official discourses, to make them look more normal. But in reality, they are only a continuation of the devastating politics of the 1990s. On the other hand, and this relates to your first question, such discussions distract people from the region’s real problems. It is easier for politicians to discuss these issues of the past than those of the present, of countering corruption, improving media freedom, health systems or reversing the exodus of young people from the region seeking better lives abroad.

EWB: Some speakers at the first panel of the CSF talked about the Western Balkans being stuck in a “limbo”, without a clear European membership perspective, which is negatively affecting the reform efforts. Do you agree that the problem exists? Can it be overcome in the near future?

MS: Many problems of the enlargement process are home made in the region. A declining quality of democracy, of media freedom and seeking special ties to authoritarian external actors will not help to become an EU member state, and the governments of the region know this. However, also the EU has a lot of homework to do, especially when it comes to member states’ using the enlargement process to get an advantage in bilateral conflicts with candidate countries or because they are afraid of repercussions in their national elections.

We need to come back to a merit-based process when it come to the enlargement process.

Politicians, the Commission and all German government officials constantly reiterate that the promise of Thessaloniki holds. We should thus allow those countries to get closer to accession who actually make progress in their accession agendas. Burdening the process with further interests means harming the EU’s strategic influence in the region.

EWB: The clearest supporters of WB EU membership at the moment seem to be the countries which are facing criticism of their state of the rule of law, most prominently Hungary. How do you see this development? How is the enlargement connected to the wider rule of law debate in the EU?

MS: I agree that these governments present themselves as strong supporters of enlargement – and why wouldn’t they? Taking into account their geo-strategic location and their historical experience, it makes sense for them to support enlargement. At the same time, and I think this is the main problem, some of the big European players have created this space for Hungary and other countries when they shed doubt on the reliability of their support for enlargement.

The problem is thus less that some countries voice support for the process, but rather that some don’t and thus leave the space open for other actors to take the lead who present themselves as less strict on standards.

This is bad news for enlargement which is for good reasons a process: The countries of the region must build their capabilities as member states, they do not become member states as a result of signing the accession treaty. I would thus hope for clearer pro-enlargement signals from those countries who underline that honoring past pledges and emphasizing EU standards in the enlargement process are two sides of the same coin.

When it comes to the rule of law, the EU finally needs a clear practice of assuring this European fundamental in all member states. This is even more important, as no member state is per se immune against a deterioration in this area. Fighting earnestly for rule of law in the EU does thus not only mean to potentially put the Union under stress, but ultimately also to keep it European.

EWB: How would you assess the success of the Berlin Process since its inception in 2014?

MS: The Berlin Process has delivered some tangible results to the benefit of the region, for example the creation of the Regional Youth Cooperation Office. The long-term effect of this and also many of its rather technical achievements will be seen often only in the years to come. Overall, the regular meetings helped to keep the region more firmly on the EU’s radar and underlined that core member states still honour their pledge for enlargement. Still, we must acknowledge that in many countries of the region the situation has failed to change fundamentally, often it has rather deteriorated. It is not exactly fair to assign this development as a failure to the Berlin Process. Still, it is crucial to keep in mind that the long-term issues of the Berlin Process like ending state capture, resolving bilateral disputes and achieving reconciliation among societies were at best started to be tackled. It is thus not enough to tap oneself on the back for the achievements we have seen, but rather to develop a strategy of how to tackle the more fundamental issues which are still open.

EWB: Should the Greens become a part of the next federal government, how would Germany’s policy towards the Western Balkans and the enlargement change?

MS: Generally, the EU enlargement process has a huge potential to much more forcefully and actively support the democratic civil society and to build a common strategic cooperation with it. We would like to use this potential. EU financial support must not disappear in a corrupt system, it must reach the places where it can help people build a better future. Civil society representatives must be more involved in all kinds of negotiations, and their interests respected in their realisation. Democratic civil society and the political actors championing a European future for the Western Balkan region must become our closest partners.