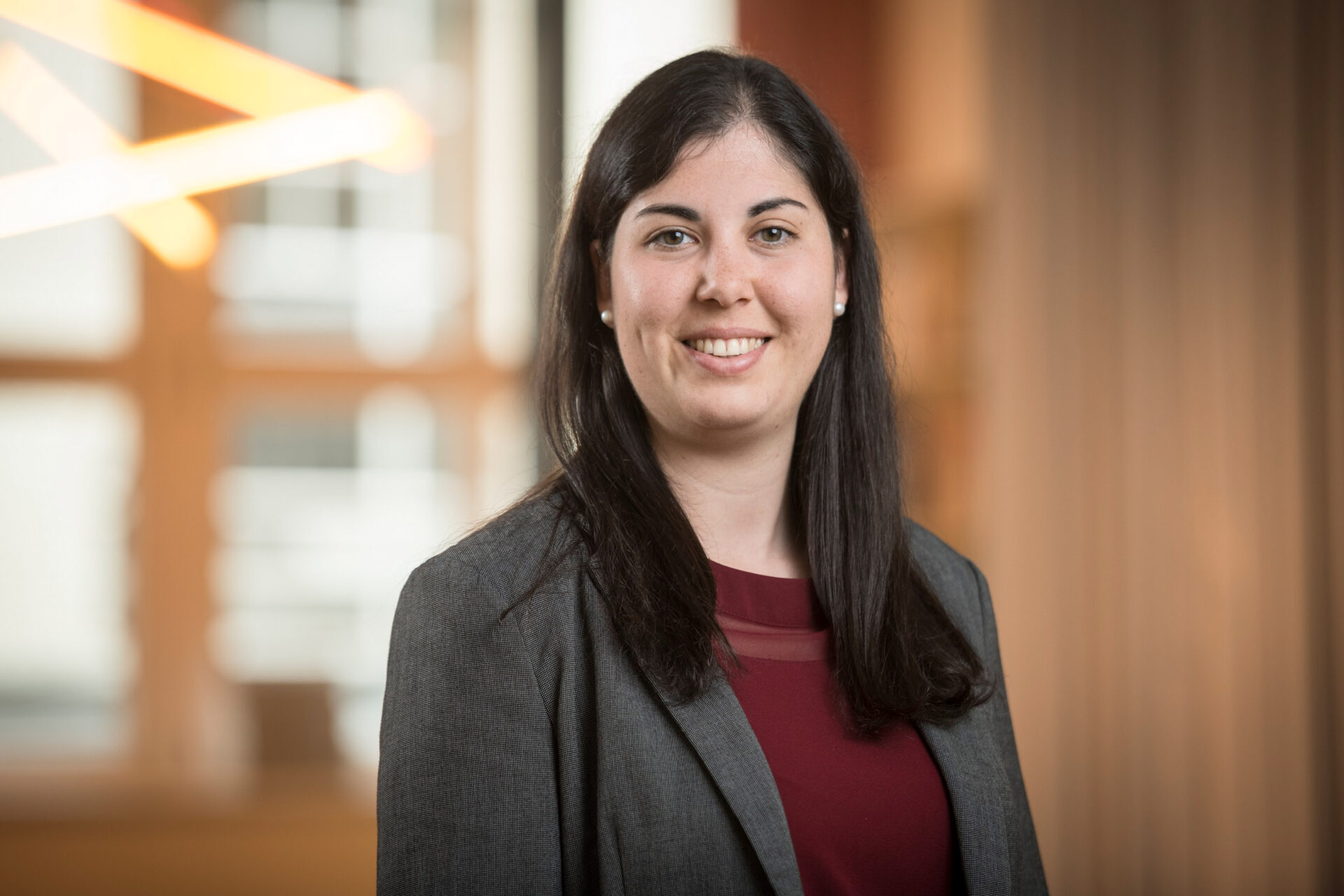 The West-China rivalry has gotten tense over the past couple of years, which is a trend that is expected to continue. This is the context in which China’s activity in the Balkans are becoming increasingly prominent, and, while Dr Helena Legarda still describes its footprint in the region as shallow, it is growing rapidly, leading the countries trying to balance between China and the West in an awkward position.

We talked with Dr Legarda, Research Associate at the Mercator Institute for China Studies, on the occasion of the Conference on the Black Sea and the Balkans, organised by NATO Defence College Foundation, where she was one of the speakers.

European Western Balkans: One of your fields of expertise is NATO’s policy towards China. How would you describe its current form, does NATO see China as a threat to its security?

Helena Legarda: At the 2021 summit, NATO leaders for the first time declared that China’s ambitions and behavior present “systemic challenges to the rules-based international order” and to the security of the Alliance. Secretary General Stoltenberg has noted that this doesn’t mean that the Alliance considers China an adversary. But the statement still signifies that there is a consensus among allies that China’s rise and its global expansion poses a number of security challenges to NATO that can’t be ignored and that are best tackled collectively.

NATO’s focus understandably remains its relationship with Russia and the ongoing conflicts on its southern flank, in the Middle East and North Africa. But the Alliance has realized that China’s growing power projection is already being felt outside of the Indo-Pacific, particularly in the European neighborhood.

EWB: The prevailing assessment is that the relations between the West (including NATO) and China will only get more tense as the time passes. Do you think that this is inevitable? In which direction do you expect the relationship to develop in the future?

HL: It is impossible to predict how relations between the West and China will evolve with absolute certainty. However, barring any major changes in policy direction in either of the parties, current trends suggest that we will see a continuation of current tensions and geopolitical competition over the next few years.

China continues to pursue its goal of becoming a global power by 2049, and its increasingly aggressive foreign policies and international behavior and therefore unlikely to change substantially. CCP leadership still sees “time and momentum” as being in China’s favor, as the “East rises and the West is in decline”. And Western countries on both sides of the Atlantic have now woken up to the challenges that China poses to their interests and security, as well as to the rules-based international order, and are taking action to tackle them. This new skepticism regarding Beijing’s narratives and ambitions will be difficult to reverse overnight so we should expect relations to remain tense for the time being.

EWB: In a 2019 article, you wrote that the EU and the United States have so far adopted different approaches to China, particularly in the security sphere. Has this changed in the meantime? Where are the differences today?

HL: Ever since US President Joe Biden took office, we have seen an increase in transatlantic exchanges and coordination on China policy. This was apparent at the last G7, NATO and EU-US summits. Both parties seem to have reached consensus on the fact that China presents a number of threats and challenges that must be dealt with, and on the fact that joint action is the most effective method to do so.

The EU is still eager to protect economic ties with Beijing.

But the EU and the US still have different priorities and approaches to China, and differences exist among EU member states too. The US has identified China as a strategic competitor and already considers it the pacing threat. The EU, on the other hand, is still eager to protect its economic ties with Beijing and it has outlined an approach to relations with China that simultaneously labeled Beijing a “partner, competitor and rival”, thus leaving space for cooperation on individual issues. Europe, however, has woken up to the new realities of China’s global ambitions, and it is increasingly including geopolitical and strategic considerations in policymaking processes. But the fact remains that economic issues still tend to take precedence in EU discussions about China, given some member states’ close commercial ties with Beijing. This means that coordinated transatlantic action will be hard to come by on a number of issue areas, including the security and defense space.

EWB: China’s activities in the Balkans are becoming more prominent as the years pass. This is also a topic of the NDCF Conference in which you took part. How important would you say this region is to China? What does it aim to achieve in the Balkans?

HL: China’s footprint in the Western Balkans is still shallow, but it is growing rapidly. For Beijing, this region is important as it provides economic, political and strategic benefits. First, involvement the Balkans provides economic benefits for Chinese firms, with the region serving as an entry point into Europe for the Belt and Road Initiative, but one that is free from strict EU rules and standards. It also allows China to build partnerships with and increase its influence over countries that are either candidates or potential candidates for EU membership. This can provide China with legitimacy for its foreign policy initiatives, including the BRI, as well as the chance of European support in multilateral organizations.

EWB: You have also analyzed the assessment of Secretary General Stoltenberg, who said that facing the challenge from China is not about NATO going to the South China Sea, but more about China coming closer to NATO. Is China’s presence in the Balkans a part of this trend? What is the security dimension of it from NATO’s perspective?

HL: Although China poses no direct military threat to the Alliance today, a limited focus on Beijing’s activities in the Indo-Pacific does not reflect the realities of the country’s global security presence. China’s security engagement in the Western Balkans is still limited, but there are already clear implications for NATO that the Alliance is increasingly paying attention to. China’s growing influence may affect the collective security of the Alliance. Beijing’s influence over governments in the region, thanks to its economic leverage, close ties with political elites and its narrative of China as an alternative to the EU or the US, can also threaten the unity of the Alliance.

China’s security engagement in the Western Balkans is still limited, but there are already clear implications for NATO

Besides, Chinese companies’ investments in and acquisitions of critical infrastructure can also challenge NATO’s ability to ensure secure communications and interoperability, damaging the Alliance’s resilience. The growing military cooperation between China and Russia is also raising concerns that Beijing may contribute to amplifying the threat that Russia poses to Europe, including in the Balkans and Black Sea region.

EWB: Serbia has prominently engaged in some security cooperation with China (police cooperation, Huawei security cameras in Belgrade etc.) It also supports its positions on Hong Kong and Xinjiang. Do you expect that this “balancing act” between China and the EU/NATO is sustainable in the long run for a country with EU membership aspirations?

HL: Serbia is one of China’s closest partners in the Balkans, and it is also the recipient of the vast majority of Chinese financing in the region. In order to protect its economic ties with Beijing and taking advantage of the foreign policy flexibility that China’s presence gives the country, Belgrade has supported China’s positions on a number of issues. Serbia, however, is also a NATO partner through the Alliance’s Euro-Atlantic Partnership Council, as well as a candidate for EU accession.

Belgrade seems to be trying to balance between China and the West, but maintaining close relations with Beijing often requires political concessions that will make Serbia’s ties to the EU and NATO increasingly strained. As geopolitical competition grows and the EU and NATO take a stronger stance on relations with Beijing, Serbia is likely to find itself caught between its two partners.

Six out of eleven members of Prosecutorial Council elected in Montenegro