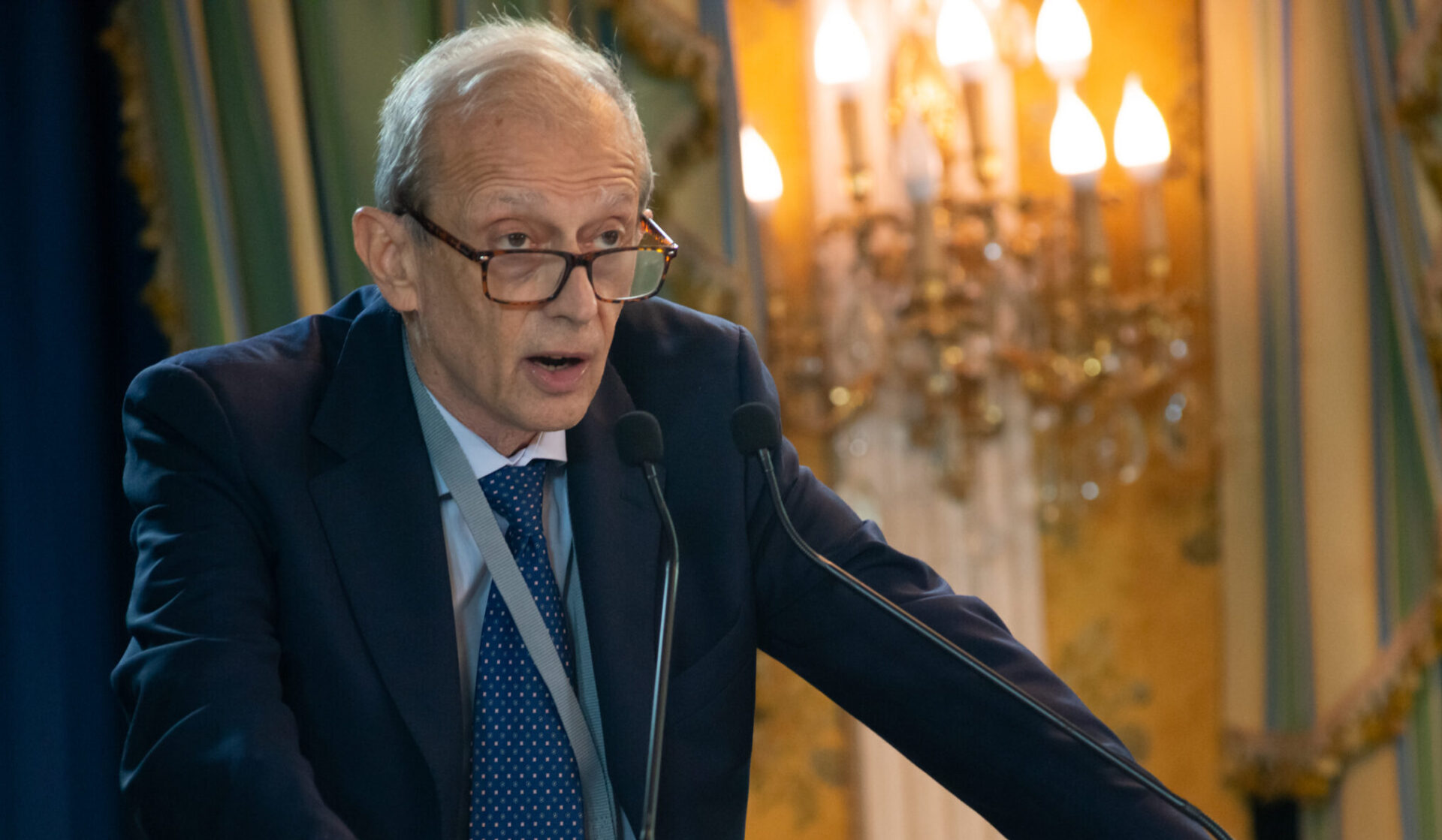 Since last year, Piero Fassino has been the Chairman of the Foreign Affairs Committee of the Chamber of Deputies of Italy, with Balkans being one of his focuses. His goal, as he stresses in the interview for our portal, has been to “patch up the torn fabric of trust between the EU and the Balkans”. Political realism, he says, means “taking up the difficulties and concerns of the other partners, and working tirelessly to achieve the goal”.

We asked Mr Fassino about these difficulties and concerns, including his work as a Rapporteur for Serbia in the Parliamentary Assembly of the Council of Europe, on the occasion of the Conference on the Black Sea and the Balkans, organised by NATO Defence College Foundation, where he delivered the closing address.

European Western Balkans: The Conference on the Balkans and Black Sea Region tackled the security issues. Do you think that the absence of significant progress of European integration of the Western Balkans in recent years has influenced regional security?

Piero Fassino: Absolutely! There can be no doubt that geopolitical neglect on the part of the European Union, whose agenda since 2010 has been taken up almost entirely by financial stability and the internal budget issues, has left the Balkans alone and prey to their historical fears and mutual distrust. Moreover, the European Union’s sluggish and hesitant approach has opened up the Balkans to other major players, from China to Russia, Turkey and the Arab countries. The vaccines situation is emblematic: they first arrived from Moscow, Beijing and Ankara rather than from Brussels. All this has weakened Europe`s credibility and has given rise to disillusionment and frustration in the chancelleries and the general public of the Balkans.

Our priority now is to rebuild trust, both between the countries of the Western Balkans and between them and the European Union. Far too much time has been lost – 18 years – since the Thessaloniki European Council launched the enlargement strategy. We urgently need to jump-start and hasten negotiations with Serbia and Montenegro and open them with Albania and North Macedonia (a decision taken a year ago but still not implemented because of the Bulgarian veto). There is also an urgent need to send out signals to Bosnia, recognising its “candidate” status, and to Kosovo, granting it visa liberalisation for entry into the European Union.

At the same time, the European Union must immediately signal its commitment to inclusion by incorporating the Balkans into the European vaccine supply area, providing adequate resources to support the convergence of the Balkan countries’ development programmes with the objectives of the Recovery Plan, involving the countries on the Balkan route in drawing up the new Pact on Immigration and Asylum proposed by the European Commission, and associating the region’s institutions and public opinion with the Conference on the Future of Europe. These are goals that I trust Slovenia, as the country holding the EU Presidency, will address decisively. This is just the right time for it. If we delay, we risk arriving late, with potentially fatal consequences.

EWB: In the absence of EU enlargement to the region, NATO has accepted new members in recent years – Montenegro and North Macedonia. How has this affected the region’s security dynamic?

PF: The prospect of Euro-Atlantic integration is a necessary condition for ensuring the stability of the Balkans and the security of Europe. NATO’s decision to open its doors first to Slovenia, Bulgaria, Romania and Croatia and then to Montenegro, Albania and North Macedonia, was right and far-sighted. However, relations between the countries in the region are still hampered by mistrust and hostility. We have seen this in the veto by Bulgaria, a NATO country, against opening negotiations between the EU and North Macedonia, another NATO country. We must go back to the roots: if NATO only remains a system of nationalistic and unilateral convenience, its future will be fragile and unstable. If, on the other hand, NATO confirms that it is rooted in being a community of shared values and principles such as the rule of law, freedom of expression, the independence of the judiciary, and respect for minorities, then all of us together will rediscover that cohesion and that authority that they have embodied since its foundation as the fundamental and indispensable hallmarks of this Alliance, admired in every corner of the planet.

EWB: A few weeks ago, you issued a joint statement with your counterparts from Albania and Serbia, urging the hastening of the enlargement to the Western Balkans. What is preventing the EU Member States to adopt a more positive joint position towards enlargement?

PF: Italy is firmly convinced of the priority and strategic importance of integrating the Western Balkans, but a number of European governments have not yet overcome their doubts. In some European capitals there is still a feeling that there has been too much of a rush to integrate the Central European countries without acquiring and ensuring some important substantive elements of the acquis communautaire, such as the rule of law, the independence of the judiciary and freedom of the media. The difficulties we have encountered in recent months in Hungary and Poland might appear to lend credence to these doubts.

That is not my position, and I do not believe that enlargement to the countries of Central Europe was too hasty. Let us ask ourselves where those countries would have been now if they did not have the European Union to mitigate the populist and authoritarian pressures of their ruling classes. And let us ask ourselves what risks of instability Central Europe would have been exposed to if it had been a grey area without a clear positioning and international relations. Admittedly, we cannot compromise on rights, but we must also exercise what Cardinal Agostino Casaroli, the Holy See’s far-sighted Secretary of State in the 1980s, called the “martyrdom of patience”. Moreover, the more Europe takes an inclusive attitude towards the Balkans, the stronger will be the demand and the enthusiasm of civil societies in the Balkans to join the Union. The time that has already passed without seeing any real change has fuelled scepticism and alienation. It is high time to rebuild trust!

EWB: How would you assess Italy’s role in this process? The impression is that it is somewhere in the middle – not in the group of enlargement-sceptics, but also not among the most enthusiastic supporters.

PF: Italy is the country of political realism, of Niccolò Machiavelli, Giambattista Vico, Gaetano Mosca and Antonio Gramsci. And realism in this case means taking up the difficulties and concerns of the other partners, and working tirelessly to achieve the goal. Since I became Chairman of the Foreign Affairs Committee exactly one year ago, we have been engaged on a very intensive programme of meetings, hearings and consultations with all the Balkan players precisely to patch up the torn fabric of trust, piece by piece. And we have done so in full agreement with the Italian Government and the Ministry of Foreign Affairs, which have also made great efforts. It is hard to find another EU country that has done so much work. We are among the most resolute and motivated advocates of the enlargement, which is of strategic interest not only to Italy, but to Europe as a whole. But that demands work, and not only photo opportunities.

EWB: Many analysts were commenting that the change of administration in Washington would accelerate the pace of solving the most important regional issues, primarily Kosovo-Serbia dispute and the stability of Bosnia and Herzegovina. However, we are still seeing many problems in these areas. Are the EU and the US currently unable to significantly move things forward?

PF: We have paid, and are still paying, the price of the misalignment between the US and the European strategic agendas. We have emerged from years of a Trump administration that objectively did not consider resolving the Balkan issues to be a priority. I hope that the Biden administration will exert its influence by resuming an American focus on the region. I remember the solid commitment of Secretary of State Albright, with whom I have personally worked. And on the other hand, NATO has been crucial in the post-Dayton era in preventing new conflicts and in stabilising the region. If we share the strategy, the European integration of the Balkans and their inclusion in NATO in this third decade of the 21st century, the United States and the EU can really offer the Balkans the chance to enjoy unprecedented stability and prosperity in the region. This is a political responsibility we must honour.

EWB: You are also a PACE monitoring co-rapporteur for Serbia, which has been facing challenges with democracy in recent years. Can this trend be reversed? Have your recent meetings with Serbian officials, including Speaker of the Assembly Dačić, left an impression that there will be improvement?

PF: Yes, since 2019 I have been the Council of Europe Rapporteur on Serbia, responsible for monitoring its democratic development and respect for civil and political rights. Monitoring is not intended to interfere in the internal affairs of a sovereign state, but to contribute to the establishment of a fully democratic regime with which all the citizens are able to identify. The last general elections were boycotted by a section of Serbian society. So much so, that 90% of the Serbian parliament is now made up of members of the government parties. Shortcomings have also emerged regarding the independence of the judiciary and media freedom. These are all aspects that need to be resolved to strengthen democracy and bolster public confidence. This is the purpose of the Council of Europe’s monitoring work. And on the basis of all my contacts, I am confident that the dialogue we have established with Serbia’s institutions and with its political forces and civil society will produce results. Just as we are committed to facilitating dialogue between Belgrade and Pristina to achieve the normalisation of relations between Serbia and an independent Kosovo.

EWB: In February 2021, the CE Monitoring Committee asked the Venice Commission to prepare an opinion on the constitutional and legal framework governing the functioning of democratic institutions in Serbia. How will this contribute to the state of democracy in the country?

PF: The Venice Commission is playing a valuable role in advising, guiding and accompanying countries in democratic transition. This is also true for Serbia, which must be aware that the Council of Europe is an authoritative and recognized interlocutor. I may safely say that we have embarked on a path that bodes well.  The point is not to give marks or to set innovators against conservatives in some abstract way. I would say that we have already seen these contrasting approaches in the Balkans and they have only caused damage. The Balkans are the place where Manichaeism, the simplistic reduction into good versus evil, the good versus the bad, must be superseded in order to give way to a more comprehensive view of history and current affairs. Only by showing this sensitivity and humility can we hope to bring the Western Balkans out of the long winter of history.

German Government: Any cooperation in Balkans is beneficial, we support Common Regional Market