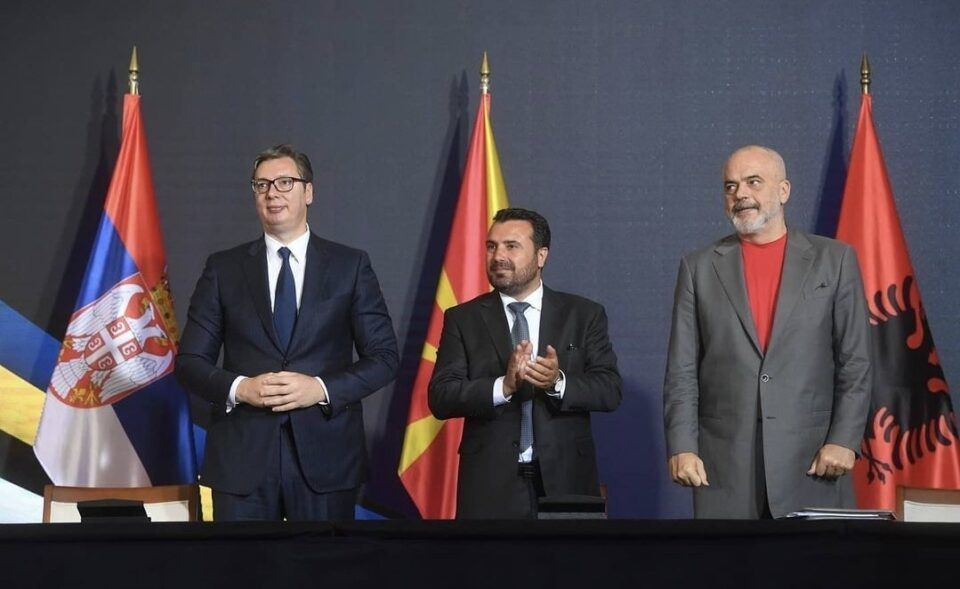 PRISTINA – Asked for the reaction to the Open Balkan initiative, spokesperson of the German Government stated that any regional cooperation is beneficial and that it should be inclusive and open to all six countries in the region.

“Any regional cooperation in the Western Balkans is beneficial. At the same time, it is important that cooperation remains inclusive and open to all six countries in the region. Therefore, we strongly support the Action Plan of the Common Regional Market”, the Spokesperson told Gazeta Express.

“The heads of government of the six Western Balkan countries reaffirmed the commitment to this historic project at the last Summit of the Berlin Process on 5 July. The urgent task now is to finalize negotiations of the four agreements on travel mobility with ID cards, travel mobility for third country citizens and the recognition of academic and professional qualifications. As German Chancellor Merkel underscored during the press conference following the Summit of the Berlin Process on 5 July, efforts should be redoubled to achieve this important step forward until the EU-Western Balkans Summit on 6 October,” the Spokesperson of the German Government said, Gazeta Express reports.

He also said that the German commitment to the EU perspective of the Western Balkans countries, based on the new enlargement methodology, remains unchanged

Following the conference in Skopje on 29 July, where the leaders of Albania, North Macedonia and Serbia renamed the “Mini Schengen” to “Open Balkan” initiative and committed to further regional integration, Government of Kosovo remained opposed to it. Governments of Montenegro and Bosnia and Herzegovina, which are also not part of the initiative, have not shown willingness to join it thus far.

All six countries are a part of the Common Regional Market initiative, whose Action Plan was endorsed in Sofia in November 2020.

Albania and Kosovo disagree over Germany’s position on Open Balkan