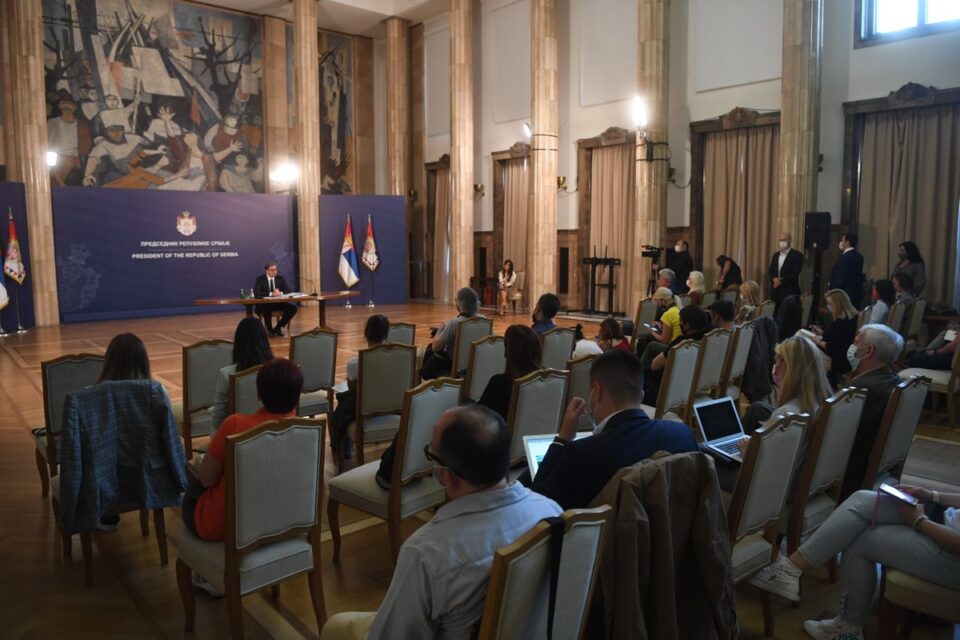 BELGRADE – Twitter has put a label “media affiliated with the government of Serbia” on the accounts of all five television channels with the national coverage in the country: public broadcaster Radio-Television of Serbia (RTS) and privately-owned Prva, b92, Pink and Happy.

The social network has put the same label on the public broadcaster of the Autonomous Province of Vojvodina, RTV, as well as the accounts of some of the newspapers with the highest circulation in the country: daily Politika and tabloids Informer and Kurir.

According to Twitter, “state-affiliated media is defined as outlets where the state exercises control over editorial content through financial resources, direct or indirect political pressures, and/or control over production and distribution”.

Labels are used by the social network with the aim of providing additional context about the accounts.

“State-financed media organizations with editorial independence, like the BBC in the UK or NPR in the US for example, are not defined as state-affiliated media for the purposes of this policy”, Twitter explains.

Media imbalance in Serbia in favour of the ruling Serbian Progressive Party (SNS) and its coalition partners has been a topic of multiple reports by the civil society organisations, as well as Office of Democratic Institutions and Human Rights (ODIHR), which monitored the 2020 elections in Serbia.

“Most television channels with national coverage and most newspapers promote government policies. The few media outlets offering alternative views provide no effective counterbalance, compromising the diversity of views available to voters in traditional media”, ODIHR stated in the Final Report on elections in Serbia.

According to media monitoring carried out by the Centre for Research, Transparency and Accountability (CRTA), from July 2020 to March 2021, ruling parties have received around 90% of the time of the central news segments of the channels with national coverage, with the opposition receiving the remaining 10%. President Aleksandar Vučić alone received at least 40% of the time devoted to all political actors each month from July 2020 to March 2021, CRTA found.

Television channels and the accompanying portals that have not received the label “government-affiliated” by Twitter include the cable N1 and Nova S, as well as daily newspaper Danas. These outlets have been consistent in their criticism of the government for years, but their outreach remains limited.

The Government of Serbia has been accused of abusing public money to co-opt television channels and newspapers. Accusations focused on the project financing of the media from state budget, which is in many cases rewarded to the pro-government media, including tabloids, and contracts made by the state-owned Telekom Srbija.

In August 2020, Vice President of the opposition Freedom and Justice Party Marinika Tepić unveiled a 38-million-Euros-worth contract between Telekom and Wireless media, a company of Igor Žeželj, who is also the owner of the newspaper Kurir, now labeled by Twitter as “government-affiliated”.

According to Tepić, Žeželj used a part of the 38 million sum to buy the tabloid Kurir. Tepić reminded of the previously shifting allegiances of Kurir, which was at times harshly critical towards SNS and Aleksandar Vučić. Under Žeželj’s ownership, the tabloid has been firmly pro-SNS.

Another case happened in 2018, when Telekom bought the Kopernikus cable system. The previous owner of Kopernikus Srđan Milovanović, whose brother is a high-ranking SNS member, immediately afterwards bought two TV channels with national frequency Prva and b92, for an amount similar to what he sold his company to Telekom. The two channels soon after became firmly pro-SNS as well, with hosts of satirical shows Ivan Ivanović and Zoran Kesić leaving them for Nova S. Prva and b92 are now also labeled by Twitter as government-affiliated.

The accusations have not been investigated by the judiciary.