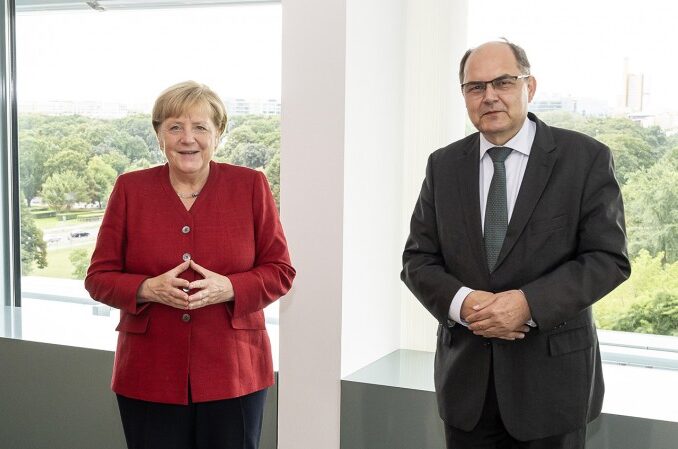 BERLIN – At the invitation of German Chancellor Angela Merkel, High Representative Christian Schmidt and the Chancellor met on Wednesday in Berlin, to discuss current political developments in Bosnia and Herzegovina.

Former High Representative Valentin Inzko also attended the meeting, and the Chancellor thanked him for his 12-year service, press release of the Federal Chancellery reads.

Chancellor Merkel ensured the full support of the Federal Government in the exercise of the important international post of High Representative for Bosnia and Herzegovina.

The meeting focused on the reforms needed to advance BiH’s Euro-Atlantic integration process. High Representative Schmidt used this opportunity to thank Chancellor Merkel for the strong support of the German Government for his mandate, OHR stated.