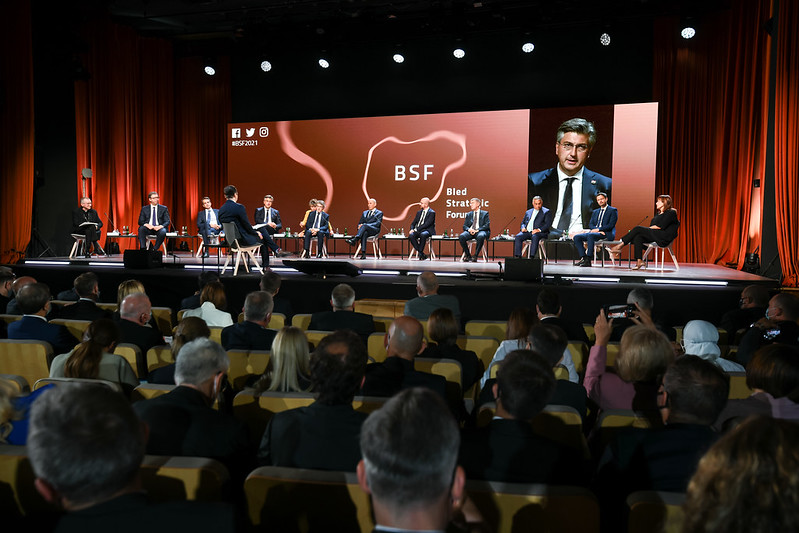 BLED – The European future is a project of values, freedoms, prosperity and influence, and the Western Balkans are part of a dialogue on the future of Europe, it was concluded during the Leaders’ Panel – Future of Europe – to Stand and Withstand at Bled Security Forum.

He added that the EU is not a static union.

“We started with six members, a now there are 27 of us, and even enlargement has made the EU better, as a union of ideas, solidarity, innovation and diversity”, said Michel.

The President of the European Parliament, David Sasoli, stated that the countries of the Western Balkans are part of the history of the EU, with whose members they share a common identity.

“That is why we must be committed to the EU enlargement process. Those countries want to become a part of the European family”, Sassoli told.

According to Sassoli, the postponement of the accession of the countries of the Western Balkans to the EU can give benefit to our opponents. He added that it is necessary to invest new energy in the process of EU enlargement.

Prime Minister of Hungary, Victor Orban, stated today that without Serbia’s accession to the EU, it cannot talk about EU security. He assesses that Serbia is a key country, adding that European Union needs Serbia more than Serbia needs the Union.

The Prime Minister of Slovenia, Janez Janša, stated that many countries deserve their perspective towards EU membership to be fulfilled.

“The problem is that 90 percent of the topis in the EU institutions are not dedicated to the strategic goal of enlargement. The topic Is how to expel some members and thus not expand the EU, but reduce it”, Janša told.

Croatian Prime Minister Andrej Plenković stated that he is in favor of EU enlargement, but that some members of the Union were allergic to any mention of that process.

Serbian President Aleksandar Vučić participated in this panel and stressed that Serbia is fully committed to the European path.

He said that enthusiasm for joining the EU has diminished in the Western Balkans, which is why they are looking for other ways, mechanisms and means to make progress.

“One of those instruments is the Open Balkans initiative. We are working with our neighbors on rapprochement and building peace and security in the region”, said Vučić, noting that the EU, after Brexit, needs enlargement, but that the Union does not see the bigger picture.

Vučić said that the EU is the best place to live in terms of democracy and the rule of law, but that two decades ago, the Union participated with 20% in the world’s gross domestic counterweight, while now that percentage has dropped to 10%.

President of the EP David Sassoli expressed concern over the statement of the President of Serbia, that the enthusiasm for joining the EU has decreased in the countries of the Western Balkans.

“Western Balkan countries have been waiting for decades for a change, which is not coming”, said Sassoli, adding that the process of EU enlargement should be changed in a pragmatic way, with set deadlines.

Borrell: Kosovo’s legal status can only change when normalization of relations is achieved

CINS: Unequal treatment of demonstrators arrested during the protests in Serbia