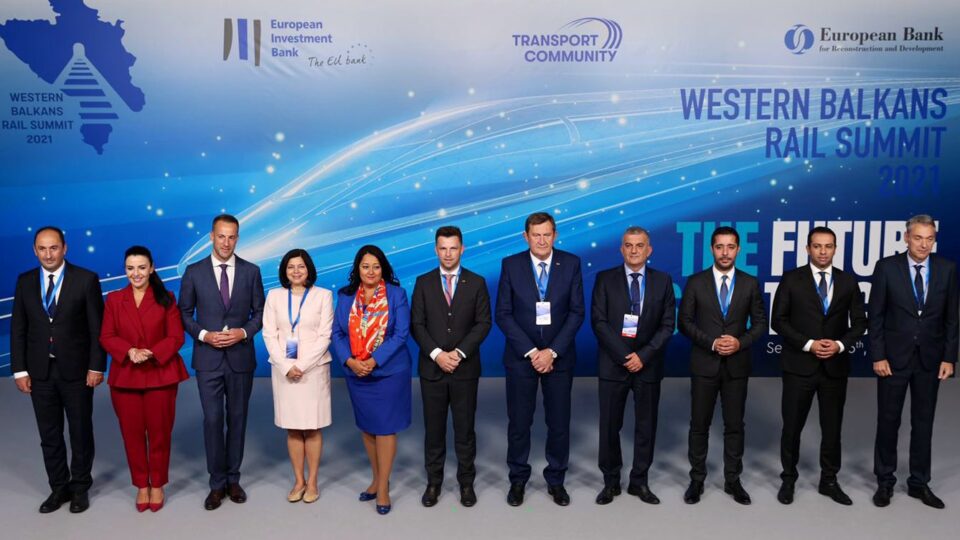 BELGRADE – Building a modern, digitalised rail network, with direct express train connections between major cities in the region will help establish better connectivity in the Western Balkans. This was recognised as key priority of the Dedication to Rail, signed today by ministers in charge of transport in the region at the Western Balkans Rail Summit, held in Belgrade, Transport Community Permanent Secretariat states in a press release.

The event was organised by the Transport Community Permanent Secretariat, the European Investment Bank (EIB) and the European Bank for Reconstruction and Development (EBRD), and under the auspices the Ministry of Construction, Transport and Infrastructure of Serbia.

The summit gathered ministers in charge of transport from the Western Balkans and neighboring countries, representatives of the European Commission and rail professionals for discussions on how to advance the regional and European transport policy and contribute to building a digitalised and sustainable rail transport systems in the region.

The authorities committed to a number of priorities including to re-establish direct intercity train links connecting the region and the EU, enhancing digitalisation of the railway systems to interconnect and exchange data for cross border passenger and freight transport, increasing safety of level crossings, as well as opening of the rail markets.

“I trust that the First Western Balkans Rail Summit will create momentum to influence positive change with focus on investments in rail transport and reforms of rail policies that will make rail travel attractive again for the citizens and business in the region. This can be done by focusing simultaneously on two tracks – adopting standards and building and improving infrastructure. It is encouraging to see that the summit brought together policy makers and representatives of financial institutions that can lead the change in positive direction. As one of the most environmentally friendly transport means, rail is responsible for a tiny fraction of transport-related greenhouse gas emissions and has huge potential to contribute to region’s economic prosperity,” Matej Zakonjšek, Director of Transport Community Permanent Secretariat said.

The summit was organised to coincide with the arrival of Connecting Europe Express train. As part of the European Year of Rail, the train, which will cross 26 countries of the continent, arrived in Belgrade on 12 September, from where it will continue its tour to Skopje and beyond.

Merkel in Belgrade: Berlin Process has achieved a lot, Kosovo issue will not disappear