On 1 July, Slovenia took the helm of the EU Council Presidency. In the context of the Western Balkans (WB) region, the handover was rather bitter for some countries. Bulgaria retained its position in blocking the beginning of accession negotiations for North Macedonia, further freezing the way forward for Albania as well. Serbia and Montenegro held the first intergovernmental conferences under the revised methodology. No new developments either in the process of visa liberalisation for Kosovo, nor the candidate status for Bosnia & Herzegovina.

If there is still a prospect for EU enlargement for WB countries, then the scheduled Western Balkans Summit within the Slovenian Presidency should bring something new and concrete. Otherwise, the EU-WB partnership will continue to slowly deteriorate, as was Turkey’s case, until it eventually breaks.

It seems like every six months, with each rotation within the Council of the EU, the progress reports written by the European Commission and opinions expressed on this matter contain more or less similar content. Disappointment, frustration with the EU, uncertainty, a never-ending process, enlargement fatigue, lack of reforms – these are the keywords.  Moreover, the statements from both EU and WB officials have become very predictable. “The Western Balkans belongs to the EU”; “We will reform and remain committed to the EU and the Europeanisation of our countries”.  After all this time, it sounds more like an exchange of “white lies” and promises between the two sides. However, in a relationship, white lies can lead partners to start looking somewhere else.

It seems like the EU-WB romance is toxic, and undergoing a serious crisis with no perspective for the future.

In the technical sense, the EU has already revised the methodology for accession negotiations, and announced the Economic Investment Plan for the Western Balkans, worth 9 billion euros. In April, the European Commission, in cooperation with Austria, approved the provision of around 650,000 vaccines for the entire region, and a 3.3 billion euro financial support package with the EIB for social and economic recovery.

In the political sense, the enlargement process is practically invisible, as there are no tangible timelines for membership, not even for countries which have made progress with the negotiations over the years, such as Montenegro and Serbia. The EU has no mechanism to overrule the veto, and was therefore unable to respond to the Bulgarian blockade over the language and historical origin of North Macedonia. An alternative solution could be decision-making through qualified majority voting; but it’s very likely that smaller member states would be against it. It’s now the second time North Macedonia is blocked on its road to EU membership over a dispute with a neighbouring country.

The complexity of the current issue is that it directly meddles in nation-building, a very intimate process for every European country. Though the Portuguese MFA and Commissioner Várhelyi visited Sofia and Skopje, with a proposal for a definition of the Macedonian language in the EU, a decision to lift the veto was not made by Bulgaria, as the country is going through its own domestic political crisis. There is a declaration of will on all sides for this issue to be taken seriously, with a commitment to overcome it during the Slovenian Presidency. In reality however, hopes are low for a big breakthrough.

Only Bulgaria, Romania, and Croatia have managed to join the Union in the past 15 years, and some states (like North Macedonia) have been candidates for membership for 18 years now. The 2007 enlargement, widely seen as premature by many West European member states due to insufficient standards on the rule of law, later informed the “enlargement fatigue”, and still keeps member states cautious of repeating certain past mistakes.

Seen from the perspective of candidate countries, the EU’s inconsistent enlargement policy and its “hot and cold” approach has given ammunition to Eurosceptics in the region, who are using the Turkish argument that the EU is causing WB countries to turn their backs on the West and start “flirting” with other external actors from the East – Turkey, China, Russia, and the UAE.

It seems that this ancient dance between Eros and Thanatos will continue for all of earthly eternity.

The EU should make a rapid shift towards the region and take this relationship to the next level, by showing a political will to integrate the region. This could be achieved by revising the consensus-based decision-making policy, or taking away the power of certain member state to exercise their national interest over Union interests. On the other hand, this relation(ship) could also use some honesty.

However, with some exceptions, they hardly managed to transform the countries into auspicious EU members. This should be addressed more vocally. Nevertheless, if in the next years and decades, this liaison is not taken to the next level and amounts to a reduction to a political and economic cooperation pact, it might be time to communicate that.

The Western Balkans summit within the Slovenian Presidency should not be just a regular get-together, with prepared statements, but must result in something new and concrete which will make a breakthrough. It is important to keep the pace, and perhaps to speed up, so that Sophocles’ words ‘I have no love for a friend who loves in words alone’ do not start to ring true.

Grenell with Vučić and Thaçi separately in Munich

Reactions from the EU to the new government proposal in Montenegro: Reforms... 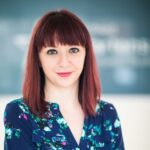 Event Officer within the External Cooperation and Events Team at the Wilfried Martens Centre for European Studies in Brussels. She holds a Bachelor’s Degree in Political Science and a Master’s Degree in Public Policy from the Ss. Cyril and Methodius University in Skopje, North Macedonia.