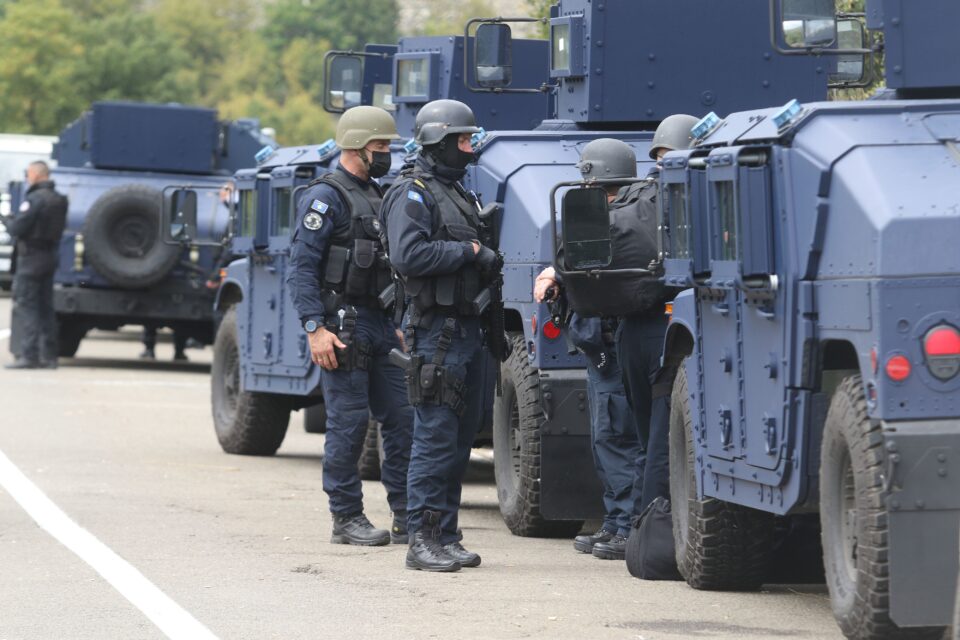 PRISTINA – Two border crossing points between Kosovo and Serbia are being blocked for a second day by Kosovo Serbs protesting against new regulations forcing them to change their Serbian vehicle registration plates to Kosovo ones when entering the country.

The Jarinje and Brnjak border crossing points in Serb-dominated northern Kosovo remained blocked on Tuesday morning after local Servs obstructed the roads with dozens of trucks in protest against changes to border regulations for vehicles with Serbian registration plates.

Kosovo deployed armed police special forces on Monday after Pristina government imposed the new regulations, which say that people entering Kosovo must change Serbian vehicle licence plates for temporary Kosovo ones when entering the country – as drives with Kosovo plates have had to do when entering Serbia for the past two decades.

Belgrade also claims to insist on the realization of the Brussels agreements, while accusing Pristina of unilateral implementation.

„After September 14th, no vehicle in Kosovo will be allowed to carry ‘KS’ license plates, but car owners will have to replace them with RKS license plates“ – the announcement arrived from Pristina in February this year.

Even at the time, the end of the five-year agreement, signed in September 2016 in Brussels, was cited as the reason behind this decision.

“There was a noticeable lack of reaction from official Belgrade to the multiple announcements on the license plate reciprocity by the Kosovo government”, KoSSEv reported.

EU Special Representative for Belgrade-Pristina Dialogue Miroslav Lajčák expressed concern over the situation in northern Kosovo and called for urgent calming of the tensions.

“I briefed the heads of EU missions on the situation in the north of Kosovo. I am concerned and I call for immediate deescalation, Lajčak wrote on Twitter.

Lajčák stressed that it is important to reduce tensions, restore a peaceful atmosphere and allow for freedom of movement. “We stand ready to facilitate talks on all open issues in the Dialogue”, he said.

Lajčak arrived at Belgrade yesterday in a two-day visit and he talked with Serbian President Aleksandar Vučić.

Peter Stano, EU’s spokesperson on Monday called Belgrade and Pristina to immediately reduce tensions over the situation in northern Kosovo, saying that the right way to address the issue is through dialogue, N1 reported.

“We call on both parties to exercise restraint and refrain from unilateral actions and reduce tensions, immediately without any delay”, Stano told adding that Belgrade and Pristina should use the EU-facilitated dialogue to resolved open issues.

“Otherwise you will always have a confrontation and that is not what we are interested in seeing in our immediate neighborhood”, Stano said.

He added that the EU is focusing on having both sides engage in the dialogue to avoid situations like the one in northern Kosovo where the Kosovo police have been forcing drivers with Serbian license plates (issued by the Serbian police for towns in Kosovo) to replace them with temporary Kosovo plates.

“What we expect from both sides is to foster an environment which is conducive to reconciliation between them, conducive to regional stability and cooperation for the benefits of the people on both sides and the region. This is crucial for reaching the comprehensive, legally binding agreement which we are trying to facilitate because it will finally make it possible to normalize relations between Serbia and Kosovo”, Peter Stano told.

After the session of the National Security Council, during which the situation in Kosovo was discussed, the President of Serbia stated that Serbia demands the withdrawal of the Kosovo Police troops from the north of Kosovo.

Joksimović: Serbia will open at least three chapters by end of the year