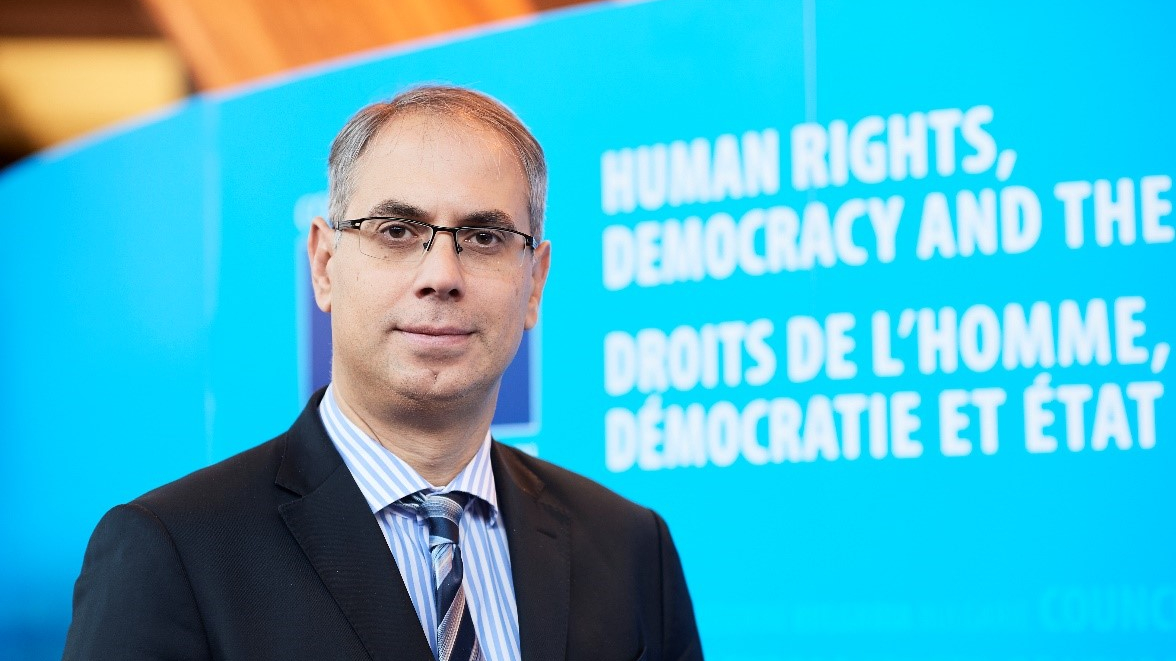 The developments in Afghanistan have triggered a new cycle of speculation about potential rise of the number of migrants and asylum seekers who would try to get to EU countries via the Balkan route. While, according to our interlocutor, it doesn’t seem likely at the moment, there are still challenges that the migrants and the refugees in the Balkans, as well as the countries of the region, continue to face, with the crisis situation in Bosnia and Herzegovina this winter being the most prominent example.

At the same time, there are various activities aimed at overcoming those challenges, some of which are initiated by the Council of Europe. We talked with Special Representative of the Secretary General of the Council of Europe for migration and refugees Drahoslav Štefánek during his visit to Belgrade on 14 September, about the current situation in these areas in the Western Balkans.

European Western Balkans: I would like to start with the topic that has been in the news quite a lot recently – the developments in Afghanistan. There have been speculations about whether it would cause another large influx of refugees to Europe and to the Balkans. What is your view on this issue?

Drahoslav Štefánek: Yes, there is a general fear in Europe that the situation, which was in the years 2015 and 2016, following the outbreak of the war in Syria, could repeat again. So far, luckily, it does’t seem to be happening, at least not to that scale of five, six years ago. I don’t think  we will see such situation again.

EWB: Is it because the EU is now cooperating with the countries neighboring Afghanistan to help them accommodate the refugees there?

EWB: However, Albania, Kosovo and North Macedonia have already pledged to shelter several thousands of Afghan refugees. Based on their previous experience and based on their capacities, do you think that they will be able to manage it?

DŠ: It is very welcome that these countries pledged these numbers, I think they are realistic. What I would like to underline here is that we are not speaking about legal or illegal migration. These people are refugees fleeing the war and fleeing the persecution. These are not people who are looking for a better life, they want to save their lives, their integrity, and continue their lives somewhere else.

EWB: Today, you were in Belgrade to present, among other things, the European Qualification Passport for Refugees. Could you explain, shortly, what it does and why it is relevant for Serbia and the region?

DŠ: Shortly, many of the people who are moving, refugees or migrants, don’t have any documents. They may have passports, but not their diplomas or other documents which would prove their education or grades or achievements. This aim of EQPR is to provide them with an independent and objective assessment by professionals speaking their language and knowing the situation in the country of origin, to assess objectively their education, to verify their education or qualification, in order to help them either to find work in the country where they have arrived and which participates in the project, or to enroll at university. So, it’s a document which confirms the level of education, qualifications or some specific skills which these persons have.

The advantage is also because these people are moving from country to country and this assessment is done once and it doesn’t have to be repeated, which also saves costs and work for other people. There are numerous examples of people who have got a job or get enrolled in a university thanks to this programme.

EWB: So, it is going to be implemented in Serbia now?

DŠ: Serbia joined this project just recently, in June 2021, so this is only the beginning. Obviously, no Passport has been issues so far. Many people see Serbia as a country of transit. But still, there are some people who are asking or applying for asylum to stay in Serbia. I think that number could increase vis-à-vis the crisis in Afghanistan. So, I think this can be very much relevant for Serbia, to benefit from this project.

EWB: So, what is the approximate number of people we are talking about who could get the Qualifications Passport in Serbia?

DŠ: That is difficult to assess, but for me, even one person, two persons, ten persons count – every person is a human being, there is a story behind him or her. Even if the number is not high, I can maybe even bet that it would be ten persons, but for every person we are grateful because it helps them tremendously and creates a good example. It also has a symbolic meaning. For example, during the pandemic, these people were helping, not as professionals, but they were able to provide assistance. So, it can be beneficial for both sides. So far, Serbia and Bosnia and Herzegovina are the countries from the region that have joined the project.

EWB: Speaking about the region of the Western Balkans, could you give a general assessment of the position of the refugees in these countries? What are the problems they are facing and how is the situation developing?

DŠ: I think the situation is developing better, to my satisfaction. I was on a mission in January in Bosnia and Herzegovina, because, as you may remember, of the quite difficult situation in the Una-Sana Canton and the border with Croatia. There were harsh winter conditions, people were staying out and there was an emergency camp established. Since then, the situation has improved in BiH and I am very glad that the new center is almost ready and will be functional very soon. And that situation will not happen again.

I heard also that there are now other migratory routes, also from Serbia, that the migratory flow is not going only through BiH like before, but also through Romania. From our side, we are looking at the conditions in the centers, whether all human rights standards are met. Also, what we advocate is not to have people in closed detention facilities. That’s why I am coming to the conference tomorrow (15 September). We are trying to find alternative solutions, because these people did not commit any crime. This is also the issue. Which is why I was happy that most of these centers are operating as open facilities.

So, the fluctuation is very high. In Serbia, there are many new arrivals, but many people go further. So, there are now approximately 5,000 people in Serbia, which is not that high number when I compare it with Bosnia. It was 8,000-9,000 few months ago, but it has since diminished.

EWB: So, most people want to go further to the EU countries and not stay in the region, but is the time that they are spending in the region now longer than before due to, among other things, the policies of pushback that we have seen? Do you have any information on this?

DŠ: I can’t say precisely. Of course, pushbacks are a problem, in general, whether they are over the land borders or the sea. But of course, the experience has shown that people try it many times (crossing the border) until they achieve their goal. I spoke to many people in person, especially when I was in BiH, and these people are often manipulated by the smuggling rings. I’ve seen sometimes that they were not aware of their location. Paradoxically, on their way they already were in the EU countries and they left the EU and they are going to the EU again. So, we also have to look at that, and work with the countries of origin. I can say it also depends on whether conditions, which are now favorable, especially when it comes to land borders. It is much more difficult in the winter, and that also plays a role. But the general approach of the EU countries is that they are tightening their borders, new fences are being built, you also see the situation on the border between Belarus, Poland, Latvia and Lithuania, so it might be much more difficult to enter to EU countries. Which is the ultimate goal of those people, most of them.

EWB: Due to that tightening of borders, is there a risk of pressure of managing refugees getting too high in the Western Balkans in the near future?

DŠ: I don’t think that we can expect any high increase. The numbers in Serbia now are slightly increasing, in Bosnia they are decreasing.

We are not advocating that everybody should get the access or that there should be open doors for everyone, but we have to recognize the individuals, have interviews with them and see who is a refugee and who is just moving in search of better conditions. And then, if it’s a migrant in search of a better life, which is also legitimate, it is up to the state to accept him or not. If it is a refugee whose life is in danger, then there is no choice just to accept him or her and to grant an asylum or at least subsidiary protection But yes, those people, in general, are a minority, maybe 20% qualify for international protection. This has to be reviewed, it is not possible to turn people back without an assessment.

EWB: There is a narrative coming from some politicians and the media in the region, who are mostly antagonistic towards the refugees and migrants, that there will be a large number of refugees who are not granted asylum in the EU member states who will then be returned to the Western Balkans. Is there a real possibility that this could happen?

DŠ: I don’t think it would happen; you would need a legal basis for that. All countries in the Western Balkans are sovereign and it is up to them to agree. Those people are usually returned to the country of origin, so I don’t see this scenario. It could happen only if the countries are willing to accept them, but I don’t think that will be the case.

Quite often, the issue of migration is abused by populist political circles. I am not complaining about that, I take it as a fact with which we have to live, but sometimes statements do not reflect the reality. I am a lawyer and I always try to view the issues legally.

EWB: I checked the numbers before the interview, and I think that less than 200 people were granted asylum in Serbia in the last couple of years. Do you think that this number is too small, to large, what do you make of it?