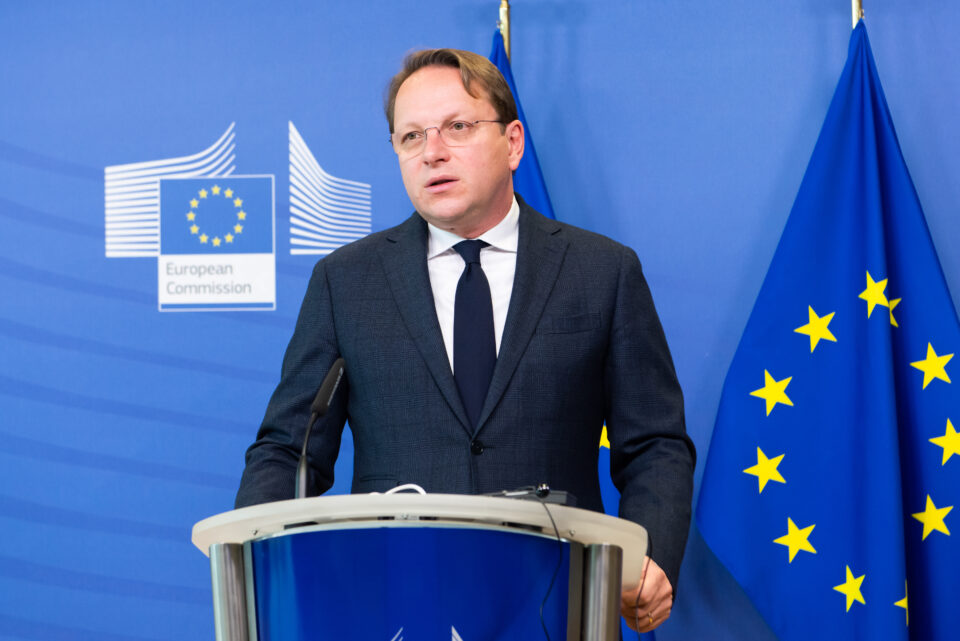 BRUSSELS – The EU Enlargement Commissioner Olivér Várhelyi, asked Belgrade and Pristina on Wednesday to show restraint as an imperative in their relations, N1 reported. Two days after Kosovo implemented what it said was a reciprocal measure regarding the use of state license plates and the following tensions in the north mainly populated by the Serbs, Várhelyi reacted with a tweet saying the two sides should return to the dialogue on the normalization of relations.

He said that unilateral moves have never been a solution. He did not refer to Serbia’s President Aleksandar Vučić rejection of an EU proposal to calm the situation in Kosovo’s north and his statement on Tuesday about being fed up with what he described as the fait accompli policy.

#Serbia #Kosovo It’s imperative to exercise restraint and deescalate the tensions, return to dialogue and ensure freedom of movement without delay. Unilateral actions are never a solution. They only lead to unnecessary tensions and should be withdrawn.

On Tuesday, the EU envoy for Kosovo talks Miroslav Lajčák said he was concerned over the situation in the north of Kosovo and called for an immediate easing of tensions.

Two border crossing points between Kosovo and Serbia are being blocked for a second day by Kosovo Serbs protesting against new regulations forcing them to change their Serbian vehicle registration plates to Kosovo ones when entering the country.

The Jarinje and Brnjak border crossing points in Serb-dominated northern Kosovo remained blocked on Tuesday morning after local Servs obstructed the roads with dozens of trucks in protest against changes to border regulations for vehicles with Serbian registration plates.

Kosovo deployed armed police special forces on Monday after Pristina government imposed the new regulations, which say that people entering Kosovo must change Serbian vehicle licence plates for temporary Kosovo ones when entering the country – as drives with Kosovo plates have had to do when entering Serbia for the past two decades.