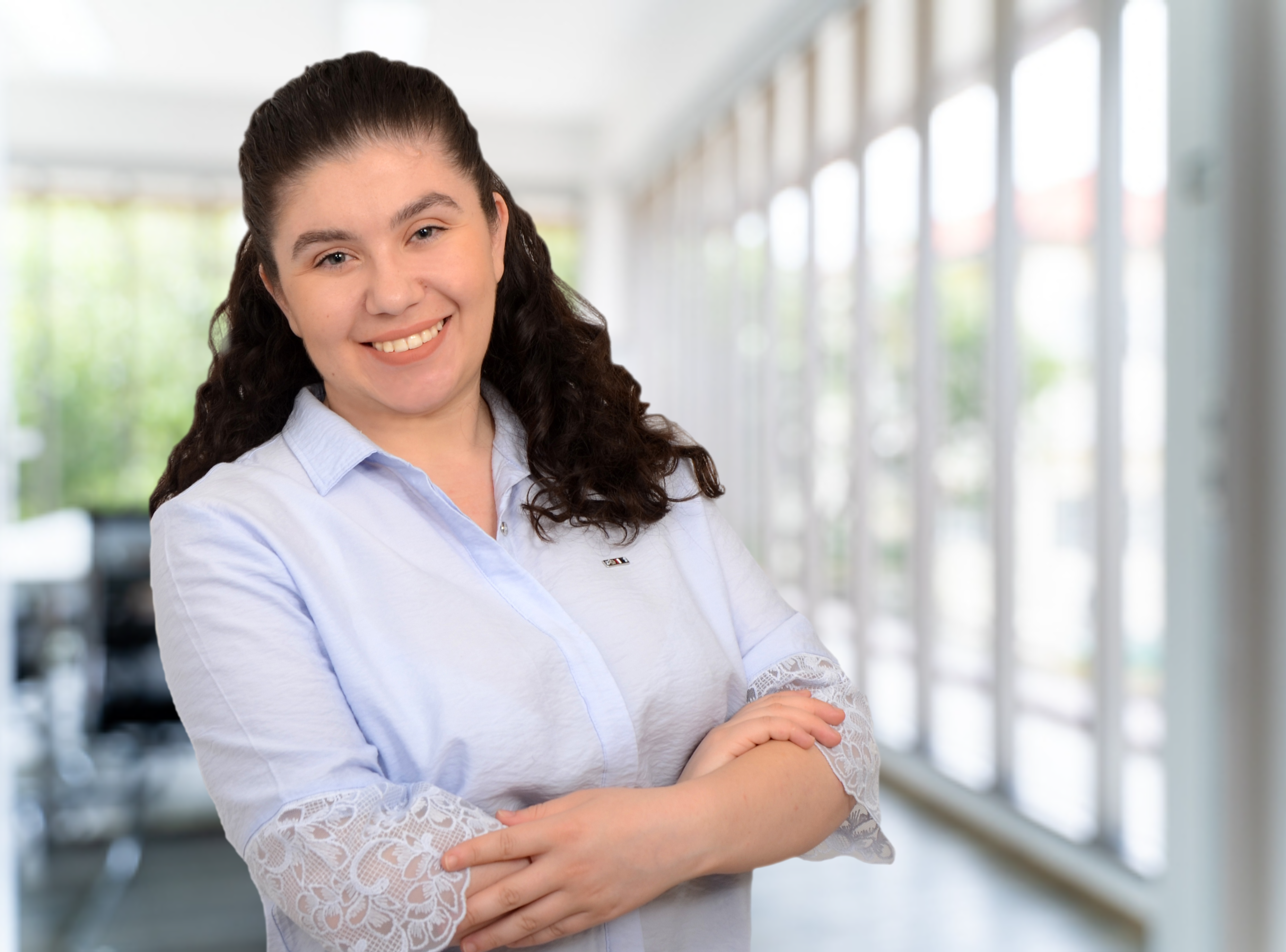 Although Albania has undergone significant reforms during the past years, corruption still represents an issue of concern. Different outstanding challenges remain, while the share of citizens who distrust their government’s abilities to address this problem is on the rise.

What are the causes of widespread corruption in Albania? What is the role of CSOs in the fight against corruption? What are the possible solutions for this problem and is there a political will to achieve them? On these and other topics, we spoke with Ervi Kosta, Research Assistant at Albanian Center for Economic Research.

European Western Balkans: Challenges of corruption are prevalent in the Western Balkans. According to some reports, citizens from the region believe that corruption is the most crucial problem in the region after unemployment and low standard of living. Could you single out some of the major causes that made corruption an integral part of society?

Ervi Kosta: The need to change behaviour in civil society is highlighted by the economic and democratic challenges of a country. In Albania, the fight against corruption remains one of the main challenges of society and governance. This sentence confirms that anti-corruption is not an ultimate destination but a sustainable process of democratic renewal, controls, and balances.

For years in Albania, corruption in all forms has been an influential factor in the lives of citizens, the functioning of institutions, and the implementation of economic and legal reforms.

Some of the main causes of corruption in Albania are political influence on institutions, low public awareness and participation, lack of accountability on the part of public institutions, high level of informality, the use of political parties as intermediaries in the usurpation of institutions by business lobbies and oligarchy, and Albanian society’s backward culture or mentality.

EWB: CSOs represent a crucial component in every democratic society, and their role in preventing and fighting corruption is considered essential. How do you assess the cooperation between CSOs and the state institutions in Albania regarding the fight against corruption? Do you think that the existing legal mechanism for their collaboration is sufficient? Do you believe the CSOs are recognized sufficiently as relevant actors in the matters of fighting against corruption?

EK: Civil society in Albania suffers from the same problems as Albanian society, such as fragmentation, lack of influence on the community and stakeholders, politicization, limited resources and conditionality by donor priorities, insufficient public trust in civil society actors, limited expertise in government relations.

In Albania, CSOs represent an essential component in preventing and combating corruption and they are considered essential. There are some organizations whose primary goal is civic awareness in the fight against corruption. Albanian Center for Economic Research (ACER), as one of the first organizations established in Albania, has contributed to the fight against corruption through civil society awareness and conducting several studies to measure citizens’ perceptions of the level of corruption.

The Ministry of Justice is currently conducting ongoing consultations with civil society to draft a national anti-corruption strategy. Although there have been cooperation efforts between CSOs and state institutions in Albania regarding the fight against corruption, their partnership has not been fruitful. The Law on Public Notification and Consultation can be considered the only legal mechanism that obliges public institutions to consult with stakeholders, part of which are also CSOs.

I believe that some CSOs in Albania play a role in the fight against corruption, raising their voices on issues suspected of possible corruption. This action would be another way for the citizens to be aware of the severe consequences that the high level of corruption has for society. I can mention the last case when the Open Data  Albania program filed a criminal report in the Constitutional Court for a potential corruption case.

EWB: Various reports suggest that Albania needs to step up its efforts and improve its work on preventing and combating corruption. Can you tell us, which areas are the most challenging and require the undivided attention of the authorities? Do you believe there is enough political will to combat these challenges?

EK: Corruption is a phenomenon that was born with humanity and cannot be eliminated but can be reduced. Unfortunately, the fight against corruption has been used by the authorities as a tool to ruin the image and public reputation of political opponents, which has reduced the credibility. The almost complete fusion of boundaries between business lobbies/oligarchs and the ruling political elite nurtures a culture of ineffectiveness and damages the public’s hope for legitimacy.

The main challenging areas in the fight against corruption are consolidating the reform of the judiciary, extending the principles of vetting in the state administration and political parties, building public trust in the institutions of law.

EWB: In 2019, Albania together with North Macedonia was among the Western Balkan countries which have had a decrease in corruption pressure and involvement. It could be concluded that these results were consequences of higher expectations of starting accession negotiations. In 2021, an increase in both areas is reported, compared to 2019. What do you think has caused these changes and how much has the stagnation of the EU accession process affected them?

EK: According to the results of the study on measuring the perception of corruption in Albania for 2021 (CMS 2021), conducted by ACER, in collaboration with the Southeast Europe Leadership for Development and Integrity Network(SELDI), the corruption pressure was 56% and, the corruption involvement 46%. These figures are higher than two years ago. Slowness and deadlocks in the integration process favor increased pressure and involvement in corruption in the face of unclear political will.

The most significant benefit of starting negotiations with the EU does not lie in solving the economic and social problems of the country but in restoring the citizens’ trust in the institutions of the rule of law and increasing the citizens’ pressure on the elected/appointed officials for more legitimacy.

In this way, the phenomenon of citizens leaving the citizens of the country will be discouraged.

EWB: Since 2014 there is an ongoing “vetting process” in the judiciary that entails the re-evaluation of assets, potential ties to criminal groups and probes into the integrity of all judges and prosecutors. Can you tell us about the impact this process has had? Do you think this instrument could be used for other officials who exercise political and public functions?

EK: Vetting is the process that serves to exclude public officials who do not have the integrity in the performance of duty and thus, restores public confidence in the work of state institutions. Since 2016, when this process has started to be implemented, the main achievement has been finding cases where judges and prosecutors have had undeclared assets, which means that there are no more in the domain of the rule of law inviolable. In addition to the wealth criteria widely used for the removal of judges and prosecutors, it would be desirable to consider their lack of professionalism and contact with the world of organized crime. It is absurd for individuals removed from the justice system, for whom there is sufficient evidence of possession of illicit assets, to remain within the justice system (working as a lawyer) or, worse, to enter the new academic world. The reform will be complete when the seizure of criminal assets is done through legal procedures and rules.

The experience accumulated in the vetting of justice is entirely sufficient to be extended to other officials exercising political and public functions, starting with assembly members.

EWB: In Albania, various reports suggest that the number of people who distrust their government’s abilities to fight corruption is on the rise and that a lot of citizens lost hope that corruption can be reduced. What do you believe has caused this pessimistic atmosphere?

EK: Most Albanian citizens lack confidence in the anti-corruption policies and strategies undertaken in recent years, including justice reform (CMS 2021). This pessimistic situation has come as a result of long-term governance by the majority (currently in the third term) and the provision of political support to important actors, perceived by the public as emblematic figures due to tender decision-making and PPP contracts suspected of corruption. These have gradually eroded public confidence that corruption can be reduced. Overcoming this situation is achieved through the punishment of responsible persons who have abused state funds and assets.

EWB: In your opinion, what would be the solution for reducing the corruption that is being entrenched in society? How much do you think the role of international partners is important in combating this problem?

EK: The solution for reducing corruption is closely related to respecting the free vote of citizens, increasing the transparency of every agency and public institution, with the legal punishment of any responsible individual in the state and political administration. In this process, the role of international partners remains irreplaceable as long as for current interests, these partners do not establish the stability of institutions and economics over democracy but contribute to their parallel progress. The following significant challenges for Albania in the fight against corruption are increasing cooperation between law enforcement institutions, promoting corruption reporting, and promoting the active participation of citizens in the fight against corruption.