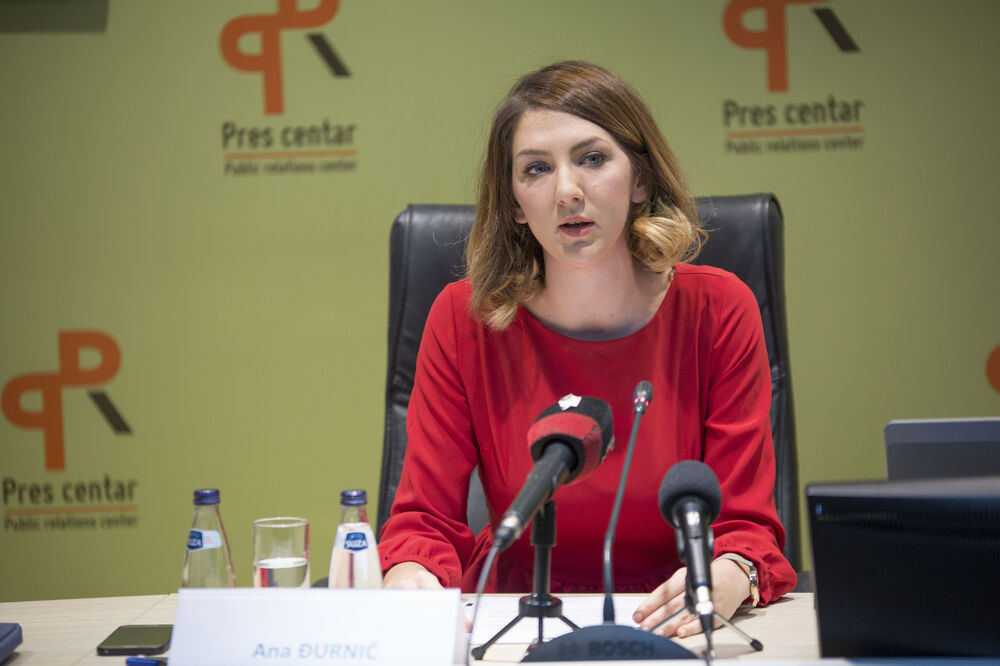 According to Transparency International CPI, Montenegro is the highest-ranked Western Balkan country. However, corruption remains present, and it represents the cause of problems but their consequence, as well. At the same time, the political will to combat this problem is being questioned.  How is the issue of corruption being pushed away from the daily agenda and public spotlight? What is the impact of COVID-19 on this problem? What are the main actions that should be taken? On these and other topics, we spoke with Ana Đurnić, Public Policy Researcher at Institute Alternative.

Ana Đurnić: All of these problems are an integral part of the same vicious circle, and the corruption issue is at the same time is beginning and the end, a cause as well as the consequence.

The belated democratization process of the Western Balkan region is probably one of the reasons which lie beneath the surface of all of these issues.

Up until recently, wars and ethnic conflicts were the Western Balkan people’s reality, while some other countries were building strong and independent institutions, proper electoral conditions and a democratic environment fruitful for growth and progress. The current situation in Montenegro, for example, shows us that nationalism can still push away the issues of corruption, budget spending, transparency etc. – from the daily agenda and public spotlights while most of the political elites tend to enhance the presence of these topics as a diversion of their misbehaviour and keep the wheels spinning. The only way out of this vicious circle is the full dedication of those in power to the European integration process which puts in focus issues of real and great importance for the citizens and the quality of our lives.

EWB: CSOs represent a crucial component in every democratic society, and their role in preventing and fighting corruption is considered essential. How do you assess the cooperation between CSOs and the state institutions in Montenegro regarding the fight against corruption? Do you think that the existing legal mechanism for their collaboration is sufficient? Do you believe the CSOs are recognized sufficiently as relevant actors in the matters of fighting against corruption?

AĐ: CSOs in Montenegro have never been fully recognised as a partner in the democratisation process. On the other hand, the EU integration process did require the authorities to include civil society to at least some extent in the decision-making processes.

The former government, however, has been always very creative in implementing mechanisms for the inclusion of civil society in these processes in a way that would meet the formal criteria for inclusion, but mostly without substantial involvement.

Inclusion of the NGO representatives in the negotiation structures – Working groups for negotiating chapters, is one of the best examples of such practices. The proper evaluation of the effects of the inclusion of NGOs in these working groups has never been made, while the Government has been praised for this effort by the European Commission and shown as a good example across the region.

The new Government did not make any changes in the legal mechanisms for collaboration with CSOs, so far, but it does announce more substantial inclusion of civil society in the existing mechanisms, including the negotiating structure (Working groups), compared to the former government’s practice. Overall, there is still space for improving mechanisms for including civil society in decision-making, particularly in terms of public availability of information, improvement of early consultations mechanism, timeliness of announcing public discussions and in providing feedback on the CSOs’ inputs.

Some significant data and comparisons among the WB countries are available at the Western Balkan PAR Monitor 2019/2020 (WeBER). Montenegro scored 1 out of 5 for the indicator of inclusiveness and openness of policymaking.

EWB: Various reports suggest that Montenegro needs to step up its efforts and improve its work on preventing and combating corruption. Can you tell us which areas are the most challenging and require the undivided attention of the authorities? Do you believe there is enough political will to combat these challenges?

AĐ: The main actions must be taken regarding the rule of law in particular judiciary and prosecution. Appointment of the Prosecutorial Council is of most importance, and some important work has to be done regarding the continuation of the judiciary reform, particularly in terms of strengthening the Judicial Council’s independence against undue political influence by abolishing the Minister of Justice’s involvement in the Judicial Council, in line with GRECO and EC’s recommendations.

When it comes to political will – no, most of the parliamentary majority shows no political will for focusing on these reforms in near future, while the leaders of the Democratic Front openly link the appointment of the Prosecutorial Council to the ongoing issue and negotiations on the Government’s reconstruction.

EWB: According to the European Commission 2020 Montenegro report, Anti-Corruption Agency is experiencing challenges related to its independence, priority-setting, selective approach and quality of its decisions. What do you believe are the necessary steps the Agency should take to ensure maximum integrity, impartiality and accountability?

AĐ: What is crucial is that the Agency’s efficacy and efficiency are ensured. This could not have been achieved with the former Agency’s management, in particular its former director, and it is up to the new one to prove that this institution can be an efficient part of the anti-corruption institutional chain. There are many obstacles in that regard, however, which the new management, but other relevant institutions as well, should focus on as soon as possible. One of those is that the Agency relies heavily in its work on the datasets and databases of other relevant institutions, for which there is no guarantee for their accuracy, completeness etc. Another issue is that all the software and all the money invested in the Agency’s IT system does not allow its employees to track the public officials’ incomes and assets in real-time and to monitor all of the changes made in other institutions’ databases throughout time since these are not compatible. They can only review the situation on the exact day when they start their investigation.

Finally, Pandora Papers show us that there are also incomes and assets which do not explicitly fall under the reporting obligations from the Law on Prevention of Corruption, and even if they do, the Agency does not have the capacities and/or mechanisms to verify the accuracy of reported data when it comes to the assets abroad.

Even if there is a violation of the Law, public officials are being sanctioned with the fines lower than the legal minimum (250 euro an average), and challenging of the Agency’s decisions in front of the Administrative Court take forever (a year and a half an average, based on IA’s direct experience). These are the main issues that must be tackled by all of the relevant public actors and discussed within all of the main anti-corruption forums, to achieve better results in preventing corruption in Montenegro.

AĐ: The year of 2020 regarding public procurement has been a bit turbulent in Montenegro, not only due to COVID-19 but also due to the beginning of the implementation of the new Law on Public Procurement in July. The delayed implementation of this new Law meant that very problematic regulations adopted in summer 2017 were to apply at the very beginning of a Covid -19 crisis. These problematic solutions allowed the contracting authorities to procure urgently with almost no restrictions in terms of providing transparency and competition. In 2020, the urgent procurement spending tripled compared to 2018 and 2019 and reached close to 55 million EUR, i.e. 10% of the overall public procurement budget in 2020. The crisis has been misused for non-transparent procurement of goods and services which were not urgent. The equipment for the kitchen and the laundry room of the Clinical Centre of Montenegro worth 300.000 EUR was procured within 16 hours/2 working days (from issuing the decision for procuring these goods until the conclusion of the contract) and six months after the contract another private company was still doing the laundry for Clinical centre based on the 45.000 EUR worth contract. Conditions under which a fair share of respirators and medical equipment have been procured during the pandemic remain unknown. The e-procurement system became operational in January 2021, which did increase transparency to a good extent, but some of the 2020 procurement remain in the dark.

RYCO and WBF pledge to enhance collaboration for better region