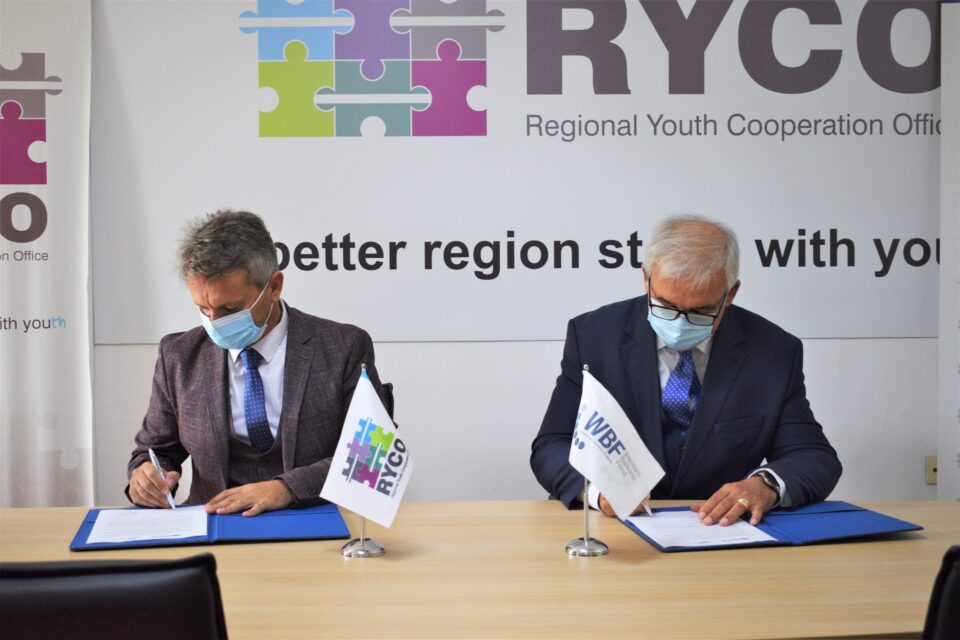 TIRANA – The Regional Youth Cooperation Office (RYCO) and the Western Balkans Fund (WBF) signed a joint statement to continue enhancing cooperation on topics of joint interests. The ceremony took place at the RYCO premises in Tirana on Friday, 8 October, in the presence of high officials from the ministries of foreign affairs of the Western Balkans 6, and representatives of the two organizations, stated in a press release.

Acknowledging the political complexity in the Western Balkans and the importance of regional cooperation in the EU integration processes of the whole region, RYCO Secretary-General and WBF Executive DirectorGjergj Murra, jointly stated that the two organizations will remain dedicated to reconciliation processes in the Western Balkans 6 as well as to regional cooperation.

Moreover, “WBF and RYCO will keep supporting initiatives that bring the Western Balkans 6 closer together, as well as support each other’s promotion and announce their readiness to jointly organise a regional event “Creative industries – Potential for Development” in the upcoming period,” the statement reads.

“RYCO and WBF are the two closest partners in the Western Balkans. Besides the fact that we are likeminded organisations, we are also neighbours in Tirana since our premises are in the same building. These facts make it more important and easier to collaborate and jointly work on making the Western Balkans 6 closer together but also realising the dreams of our peoples for a better future,” RYCO Secretary General Albert Hani underlined.

“Both our organisations are growing. We are growing in people, in ambitions, but above all in vision. As Mr Hani already stated, we are neighbours, and I sincerely believe that we can turn the space we share into a unique hub of regional cooperation. I consider signing of this joint statement a cornerstone of closer collaboration between our two organisations in the future,” WBF Executive Director Gjergj Murra added.

RYCO and WBF already have a good track record of cooperation which has its foundation in the Memorandum of Understanding signed between the two organisations in December 2017.